Home Entertainment A Sit Down With Mitch Laddie 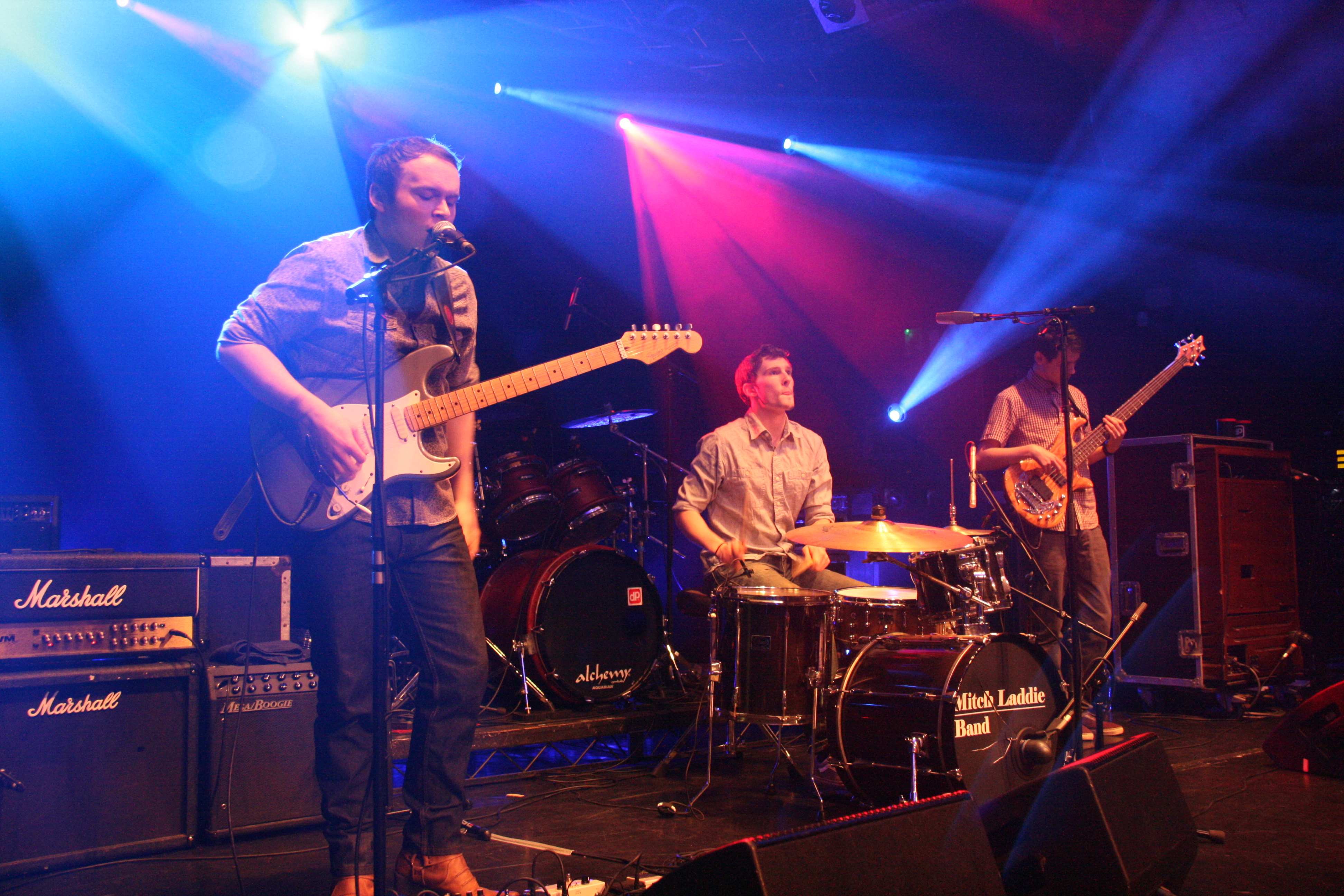 We had a sit down with young British Blues star Mitch Laddie to catch up see how things are coming along with his relentless assault on the UK Blues scene with the Mitch Laddie Band. 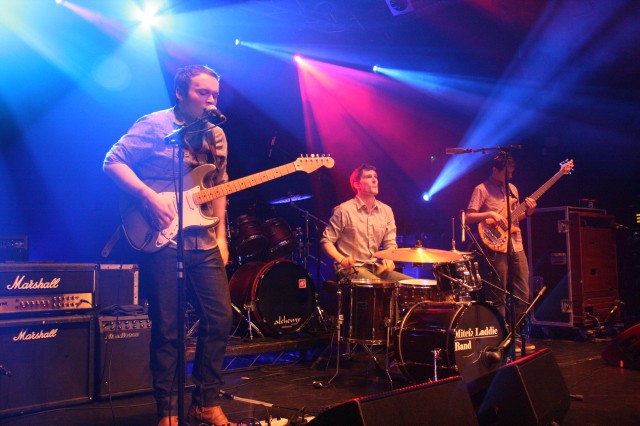 Chris Brown: So, how are things going with the band?

Mitch Laddie: Everything is going well thanks. We’ve got a nice dynamic and we’re all having a lot of fun.

CB: You, Rhian and Lee have been playing together for such a long time. From Vanilla Moon to now, how do you feel the relationship has developed?

ML: Well, Lee is not playing drums for us anymore. It’s a guy called Matt Connor who’s Dad owns Steel Town Music and he works in Steel town and he is an amazing drummer. Lee was with us just until after the recording of the new album which was probably around September time. He wanted to go to college and get some qualifications. Just kind of wanted to go another way so we decided that was the best thing to do and got another drummer in. Rhian kind of strayed away for a little bit but came back when we got Connor and as I said, things are going well now. The working relationship was good because they were friends as well as musicians. We always had fun.

CB: Your blues styling have brought you critical acclaim from some big names —

CB: — as both a band and a guitarist. Who would you say was your biggest musical influence as a guitarist?

CB: No one has better reverb than Eric Johnson.

CB: So, you must be busy now with all of your rigorous touring and shows. Do you ever manage to see other gigs and shows when you’re back in the North East?

ML: I try to. I’ve got a lot of friends who are in bands and I try to see them live when I can. Just whenever I can, if I’m asked to go I’ll always try to get there. There’s some cool band around the North East.

CB: This one is for me specifically.  For all the musicians out there, what gear are you using to give you your signature guitar tone?

ML: Well, at the minute a 50w JCM DSL2000 through a Marshall 4×12 as well as running stereo with a Mesa Boogie F50. I use them as a blank canvas, set the cleans and reverb the way I want it and then the pedal board which is an A/B/Y selector for my amps which are both always on, a Fulltone Dangervibe, MXR Carbon Copy, an Ibanez Keeley modded Tubescreamer, an 808 then a VK Butler Tube Driver and an English company that arn’t very well known that are based in Sheffield called MW Fuzzytone, a Vox Wah and a poly tuner. Yeah, I just try to create a nice clean and clear, basic sound that does everything for me and then operate through my pedal board with my Eric Johnson Strat or my 89 Strat +.

CB: A little off topic, but I can remember you running a JVM amp?

ML: I was, and I still got it and I kind of chop between, but there is something a bit. I was only using one channel of it when it’s a 2 channel amp with 3 different stages and I thought people are going to look at that and wonder why is he using a Marshall with so many knobs. It’s the whole purist thing. It’s a great amp but it’s just kind of been at the minute I’ve just been veering towards the JCM.

CB: How do you feel that growing up in the Consett area has influenced your music in any way?

ML:  Definitely, probably without even been able to think about it. I think I’ve grown up with all the different bands and where we’re based will have had an influence on my music. I can’t exactly pin point it but it will definitely will had an influence along the way. And just where we are and the fact you kind of have to go out and make stuff happen or it doesn’t happen. Which is a good thing, it kind of makes you aware of things for the rest of your days and you have to put the workload in to get something out of it.

CB: So, you’ve been nominated for young Blues Artist of the Year in the British Blues Awards. That’s a huge honour for someone your age. How do you feel about your nomination?

ML: Yeah, I’m pleased about it. There is some tough competition out there, I was up for it last year and I didn’t get it so, we’ll see how it goes. It’s nice to be noticed and know that people appreciate what we’re doing. So yeah, it’s nice.

CB: I voted for you so don’t worry.

CB: You’ve played some amazing venues together as a band all around Europe. How does this compare to the gigs in the local area?

ML: It’s not so much Consett, because the gigs we’ve done back at home recently in the last year have been really fun and the crowds have been really responsive and we’ve had a great time. I’d generalise it more towards the difference between the UK and Europe rather than the local area. In the UK, I don’t know what it is, a lot of the times with the venues especially and the audiences, you kind of feel like that the venues don’t really want you there. Don’t get me wrong there are some exceptions but it seems like they want you in and out as quickly as possible and you don’t get any food, maybe a few bottles of water. I kind of feel when you are on stage there is a lot more scrutiny from the crowds almost like they want you to mess up. They are far more critical, maybe it’s just a British thing? *Laughs* But in Europe, the crowds are more responsive and they love their music. They treat you like a human being which is nice.

CB: Rather than a performing monkey?

CB: How do you and the band go about the song writing process?

ML: There are kind of 2 processes. I’ll be writing something at home then I’ll bring it to the table and the song is basically written then we’ll just piece it together and work around what I’m after or we’ll just start jamming something and it ends up being a song. We just keep going and we end up with a song out of it.

CB: You’ve shared the stage with some huge artists over the years you’ve been playing. In your opinion who was your favourite to play with?

ML:  Always, always Walter, Walter Trout. Just because he is been such a good guy. It’s not like when I was 16, we known each other now and he’s been a good friend.  He’s always good fun to play with.

CB: One final question, with all of the success you’ve had as an artist, where do you see yourself in 5 years time?

ML: One thing I am trying, to implement at the minute is more quality song writing, focusing on writing better songs and bringing that in and merging that with the guitar rather than just writing guitar based songs. Hopefully people will take notice of that and if people like that then hopefully they can tell me. It’s great to be out on the road and have people come up to you after you play and say “I really like that song, it really spoke to me. “ That’s what it is about for me. Along with that writing some honest music and having some fun with it.

CB: Thanks for coming along to talk with us, it’s been a pleasure.

ML: Thanks a lot for having me.