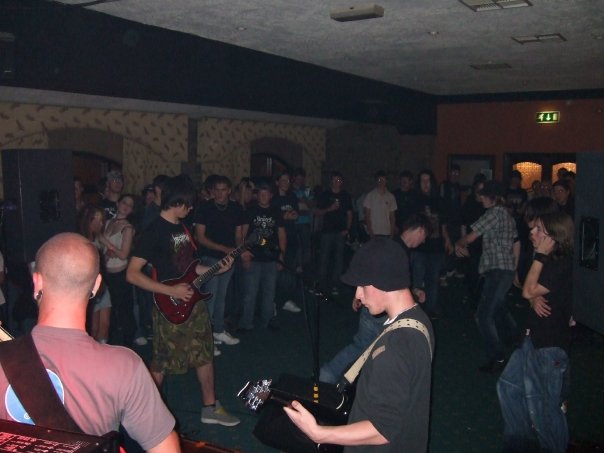 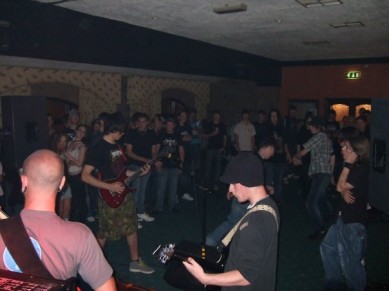 Back in 2004, Consett had a thriving music scene with gigs and shows on a regular basis featuring all of the best local talent on display at a range of venues around the Consett area. Every Friday night people would flock to see the newest local bands playing their hearts out in a small pub function room as if they were on stage at the Metro Radio arena in front of thousands. Nowadays, this just seems like a distant memory as gigs in Consett are now a special occasion rather than a regular occurrence.

Did you know that during the peak of the music scene in Consett there was a thriving online community known as the CMS (Consett Music Scene) which contained over 20 bands from Consett and the surrounding areas all willing to play at any venue for little or no reward. This grass roots music community managed to capture the imaginations of so many young people, prompting them to learn an instrument themselves. Some may even say that the all day Steelcore event was the biggest ever music event to hit Consett with bands  from all over the UK coming to play at the now demolished Civic Centre.

But today in Consett, most young people are unlikely to have experienced the good times that were had at local shows as they have become few and far between.  The energy and excitement which could be found in The Raven function room every Friday night has long disappeared with nothing to replace it.

If you are an artist or a member of a band in the Consett area and would like a spotlight feature on your music in Consett Magazine then get in touch with us at “CONTACT DETAILS” to discuss things further.  Let’s do something proactive and kick-start the revival of the Consett Music Scene.