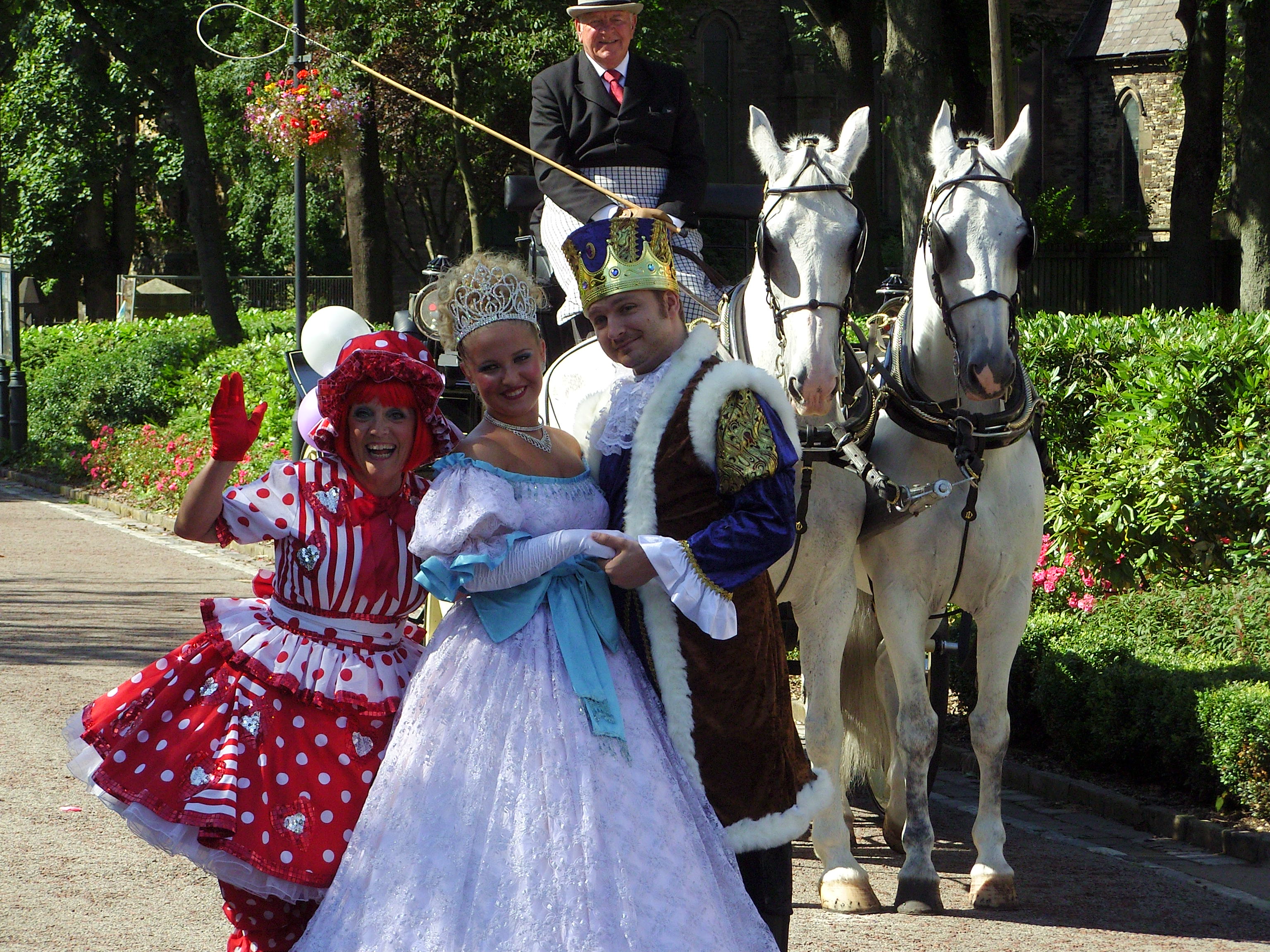 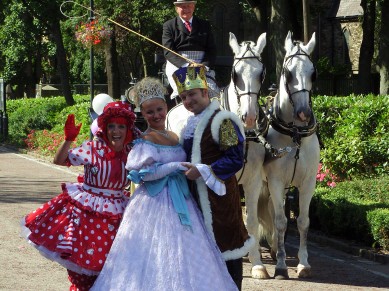 This year, the Empire Theatre is bracing itself for the pantomime extravaganza of the year with it’s own rendition of the classic Cinderella. With veteran director, star and producer Leah Bell at the helm, this year’s pantomime could be the best ever.

The stars of the show were in Consett Park last month with a fantastically lavish horse and carriage in full costume for the public to see. I managed to catch up with some of the stars of the pantomime at the Lodge to see what they thought of their upcoming performance and their views on Consett.

Panto veteran Leah Bell was in full costume when we caught up with her on a beautiful day in the park and she was brimming with excitement while getting ready this winter’s run, mentioning  “I’m more excited about doing Cinderella because I enjoyed it so much last year that I have a bit of a build up.” Leah is no stranger to the stage as last year her performance in Dick Whittington at the Empire went down extremely well with all the pantomime fans in the area.

Leah has performed at The Empire on numerous occasions and loves to play at the historic venue. This year it is somewhat of a family affair with Leah’s great niece Harriet Povey playing the role of Cinderella. At only 17 years old, this rising star has always dreamed of taking to the stage as Cinderella and now has the chance to fulfil her dream. There is no doubt she will shine on the Empire stage this winter.

Another one of the star studded cast for this year’s pantomime is Peter Donegan, the son of skiffle legend Lonnie Donegan and musician extraordinaire in his own right. We caught up with Peter at the Lodge in the park for a few words about this year’s performance. We asked him what to expect from him this time around and he replied, “Well, a lot of laughs and a lot of fun!”

If this is the case we can see this being another fantastic pantomime for Consett in a long string of theatre successes.  Cinderella will be running at the Empire Theatre from the 7th to the 31st of December at a variety of times. Make sure you get your tickets soon!