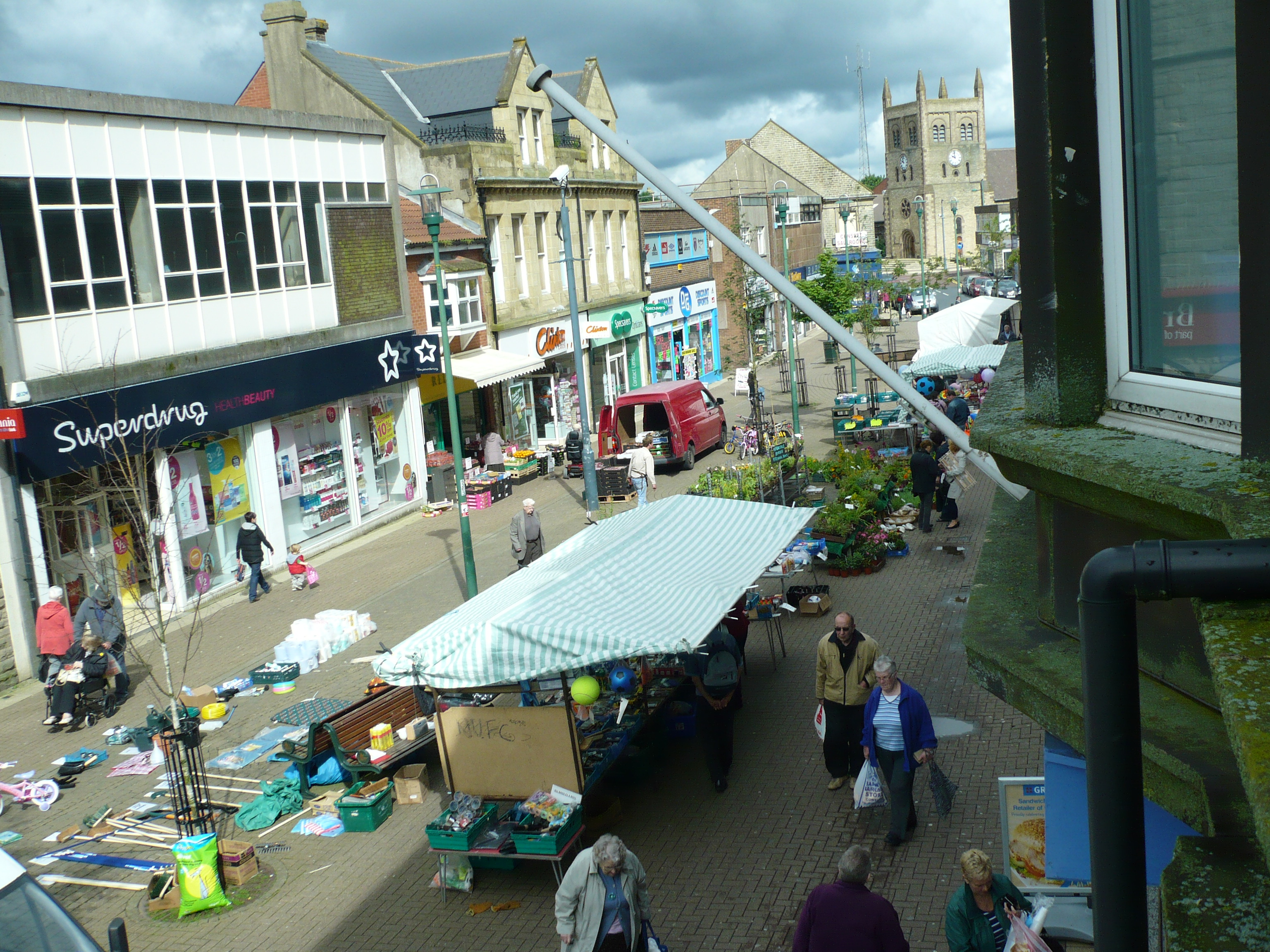 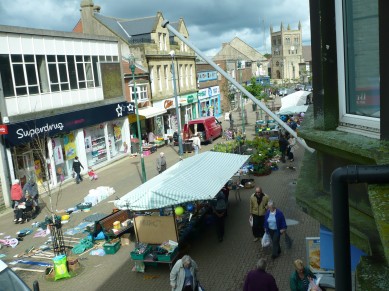 I’ve lived in Consett all of my life and as far back as I can remember, Thursday has always been market day.  I recall one eventful day in particular that has rooted itself in my memory.

Despite the chill in the air the market was in full swing, with stall holders proclaiming to all and sundry that their wares were the cheapest around as buyers haggled over the price. The air was filled with the pungent aromas from the food van and the raised voices of toddlers in the market place.

As I made my way among the stalls I encountered two ladies with children in buggies having an extremely animated conversation in their native tongue. I thought to myself, “Why is it that some languages sound so fascinating?”.

An old man passed by with a yappy Yorkshire terrier which considered itself to be a dog of significantly larger proportions given it’s attitude towards the petrified poodle nearby.

Older ladies ambled through the market at their leisure, perusing the various stalls while pulling their shopping trolleys behind them.

A proud mother with her new baby in her arms strolled through the market looking happy and contented, smiling at everyone, even with the two middle-aged women arguing furiously over an item of clothing just a short distance away.I longed to approach the arguing women to find out what item it was they were so desperate to own and I wondered how long it would be before tiredness overwhelmed the new mother.

I see a lot of familiar faces at the market but it’s the strangers who I find the most fascinating. We have such brilliant character and intrigue on our doorstep; I wonder why we bother with television at all?

This article is part of our reader written series where lucky readers can have their stories included in Consett Magazine. Contact us at editor@consettmagazine.com with your story.

Is now a good time to sell my motorhome or caravan?...

Safety At Work: A Basic Guide