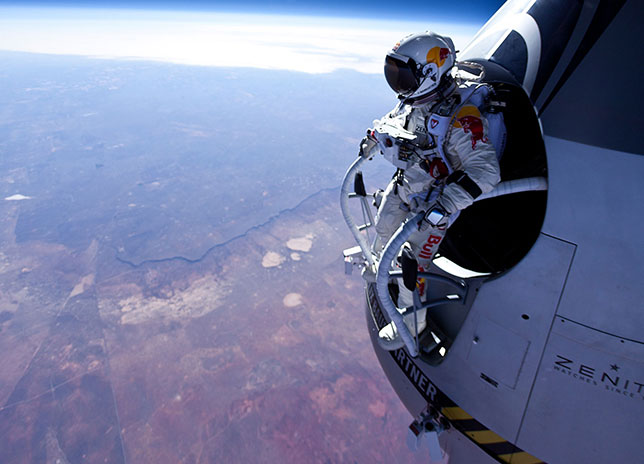 Back in 1960, American Joe Kittinger broke the world record for the highest sky dive jumping from around 100,000 feet back to Earth in a daring experiment to see if it was actually possible for man to hurtle back to the ground at speeds almost greater than sound itself. A feat which seems almost impossible to the majority of us here with our feet firmly on the ground. Today, Austrian Felix Baumgartner was planning to go one step further than Kittinger and break his record.

Unfortunately, the monumental sky dive has been postponed until further notice due to the uncharacteristically windy weather in Roswell New Mexico today. For this exceptional mission to be a success, the weather conditions must be perfect so the launch of the helium balloon and capsule Baumgartner can ascend into the heavens on the correct course as not to hamper his record attempt in any way. 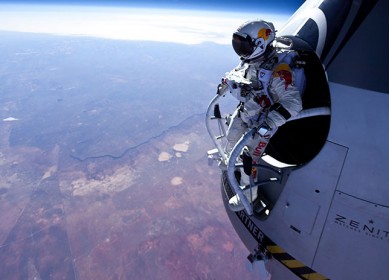 Sponsored by energy drink manufacturer Red Bull, the sky dive was set to break two different world records with the jump exceeding the height Kittinger’s jump from 1960 and also, more spectacularly, becoming the first person in the history of the planet to travel at speeds past the sound barrier whilst in a free-fall. This isn’t usually possible when sky diving from a regular height as the Earth’s atmosphere is generally too dense with too many molecules causing resistance for a person to achieve speeds anywhere close to the speed of sound. Due to the thin nature of the atmosphere at around 120,000 feet, the air has less resistance meaning Baumgartner could travel at speeds in excess of over 600mph.

With millions of people watching the live feed from Roswell via the Red Bull YouTube channel, today’s events took a turn for the worse with the sky dive being postponed until further notice. Depending on the conditions this could be tomorrow or some time later in the month as October is generally the best time in the New Mexico desert for launching high altitude research balloons.

Let’s hope that Felix and his team of experts can get things moving again in the very near future and this historic event can take place for the millions of eager viewers worldwide.