Home Science & Technology A look at the iPhone 5

The moment every Apple fanatic has been waiting for has finally come. The iPhone 5 has now been released to the world with very mixed feelings from fans and critics alike. Apple had what appeared to be a number of massive leaks in the run up to the unveiling of their newest mobile phone with rumours of near field communication, holographic keyboards and other revolutionary technologies. When the iPhone 5 was unveiled to the public a lot of people were wondering what is the difference between the new 5 and the previous 4S.

Apple’s main talking point on release was the new and improved large screen which utilises the retina display in true 16:9 widescreen. This means the new iPhone is taller 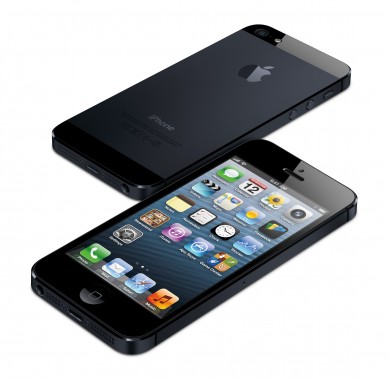 than the outgoing 4S with a larger 4 inch screen. With another row available on the home screen for applications, Apple are clearly trying to keep up with the trend of their rivals producing larger phones.

Along with this the phone has been made thinner and lighter and now is only 7.6mm thick and weighs a diminutive 112 grams. As phones are getting bigg

er and heavier, it is refreshing to see that Apple has taken steps to make their phone more ergonomic and easier to carry around. Along with this diet, the iPhone 5 has had a significant boost with a more powerful A6 processor which almost doubles processing speed from the current 4S. Even with these upgrades, there have been questions surrounding other features of the new iPhone.

Apple have been criticised for their lack of innovation with the iPhone 5 and how most of the added features are just there to match the iPhone with t
At £529 for the bottom end 16GB model, people who are already using a 4S may want to consider keeping their handset for the moment as the changes are not significant enough to warrant the upgrade. Otherwise, the iPhone 5 is a good option which has incrementally improved on the tried and true formula.he latest competitors from HTC, Samsung, Nokia and Windows. Even so, the iPhone is a tried and true favourite of many people across the globe. The phrase “If it isn’t broken don’t fix it” does come to mind when thinking about the iPhone 5 but surely some game changing developments are missing.