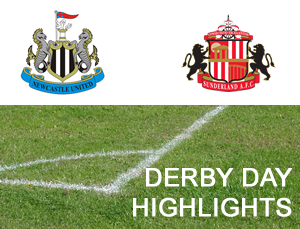 Yesterday, Sunderland faced up against Newcastle at the Stadium of Light for another epic derby day clash between these two rival teams. It was a match where reputations were at stake and players were talking bad in the press as the anticipation reached a fever pitch before kickoff. 3000 travelling fans made the short journey from Tyneside to see what they hoped was the next win in this season’s campaign.

Things seemed to get off to a flying start after 3 minutes when the ever present Yohan Cabaye blasted a well-placed shot in the bottom corner of the net after a deflected shot landed at his feet. Mingolet had no chance of stopping the shot and the Magpies took the early lead on derby day.  Newcastle looked good after the goal pushing hard and generally using the ball with more quality that Sunderland who seemed to struggle to begin with. Things would go all Newcastle’s way until 22 minutes in when Chieck Tiote was sent off for a particularly malicious foul.

Newcastle went down to 10 men but a tactical substitution of Shola Ameobi for utility man James Perch made sure that things were kept tight to keep hold of that 1-0 lead. Sunderland had a few chances but Newcastle gave a fantastic display of defensive football whilst also pushing to extend their lead at the other end. All the players on both teams knew what was at stake and some players rose above and beyond the call of duty to try to secure that elusive derby day win.  Sunderland had their chances but Fletcher looked frustrated and couldn’t shake his marker Fabrico Coloccini who was on top form after returning from injury.

Late in the second half, Sunderland had a free kick from the edge of the box, which Seb Larsson whipped in only for Demba Ba to put it in his own net with a few minutes to go. An unlucky ending to a game which was well and truly dominated by a 10 man Newcastle United. Sunderland will be upset that they couldn’t have done better against a 10 man opposition whilst Newcastle should be happy with their resilient performance.  My man of the match has to be Fabrico Coloccini for Newcastle United. Every touch, tackle, pass and clearance were perfect, and he showed such cool and intelligence until the moment he was substituted. You can tell he has been clearly missed at the heart of the Toon’s defence.

Sunderland are away to Stoke City in their next match on the 27th whilst Newcastle are having some Thursday Europa League fun against Club Bruges on the 25th where they will hope to stay top of their group.