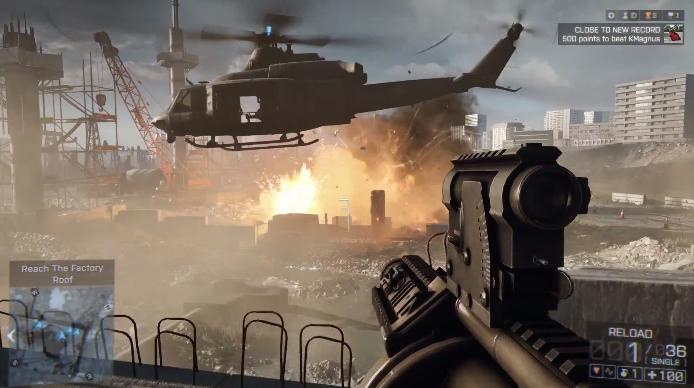 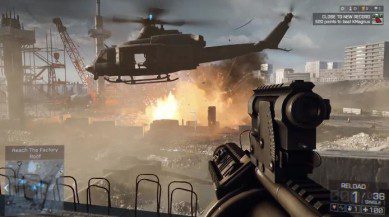 player footage which has been released gives us a good idea of how the next installment of the Battlefield series will look like on the higher powered and more sophisticated hardware which is only currently available for PC users willing to splash the cash on a top end gaming system.

The teaser starts with a black screen and all that can be heard is “Total Eclipse of the Heart” by Bonnie Tyler as into vision comes a car which is sinking underwater with a number of US marines trapped inside. From this, the teaser follows the character of Recker as he goes about his business of being a hardcore, no nonsense soldier with a considerable challenge ahead of him.  EA don’t seem to have changed the mechanics of the Battlefield 4 game play too much from Battlefield 3 but then again why would they? Battlefield 3 was an awesome modern combat experience which had a much grittier and realistic edge to the ever popular Call of Duty series.

The frostbite 3 engine running Battlefield 4 looks so beautiful giving the game an ultra realistic feel which trumps anything currently available on the market. Considering the strides which have been made between the Frostbite 1 and Frostbite 2, this new version of Dice’s hardcore game engine looks to be a cut above the rest. One main point which can be made about this teaser is that for an early sneak peek the game looks extremely well polished. We can’t say how much of Battlefield 4 is fully completed from the teaser but the guys at Dice will be working hard to get the game finished for its expected Autumn release.

Why not take a look at the video below.