Home History A Brief Account of the Mills at Shotley Bridge 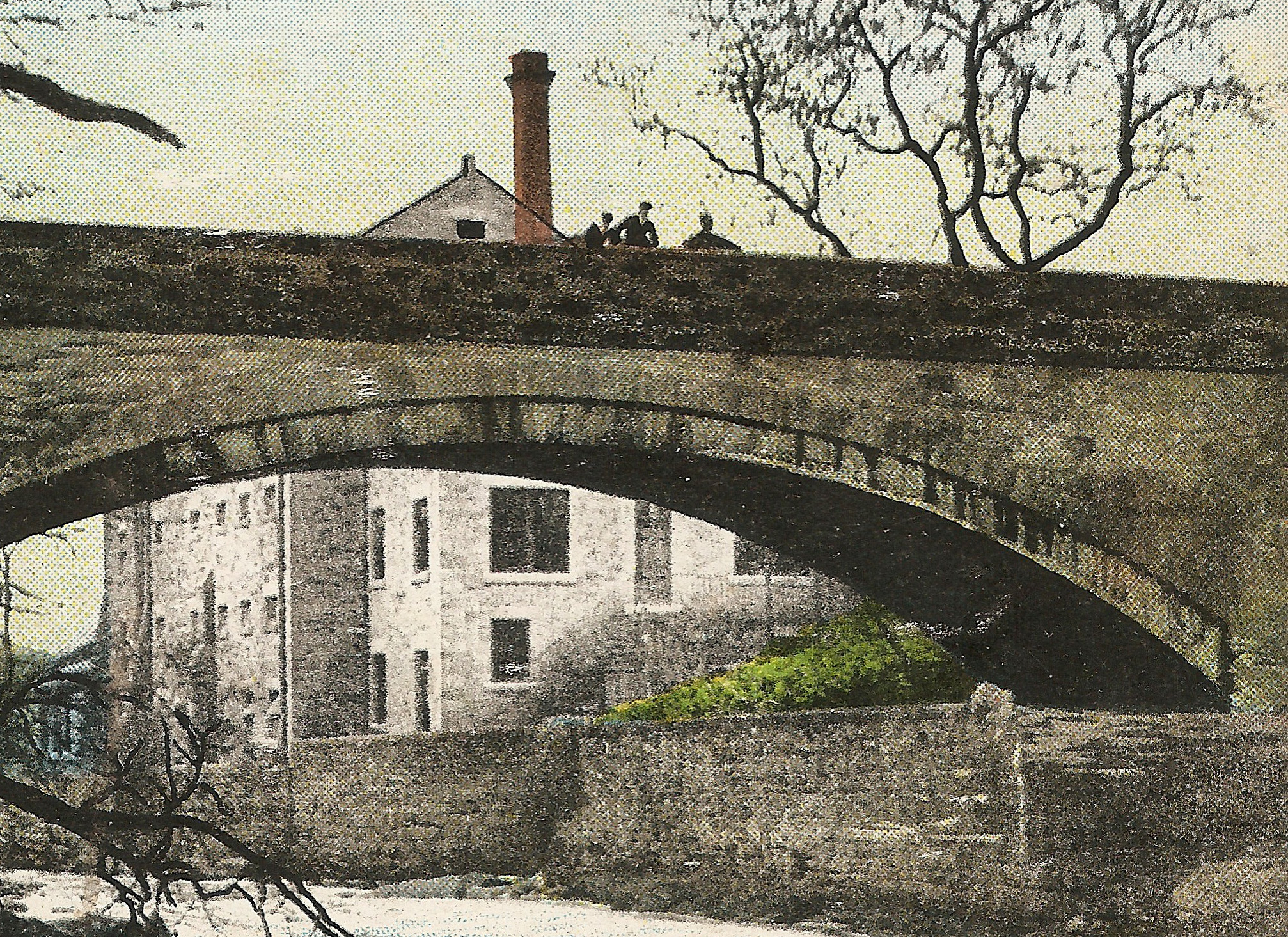 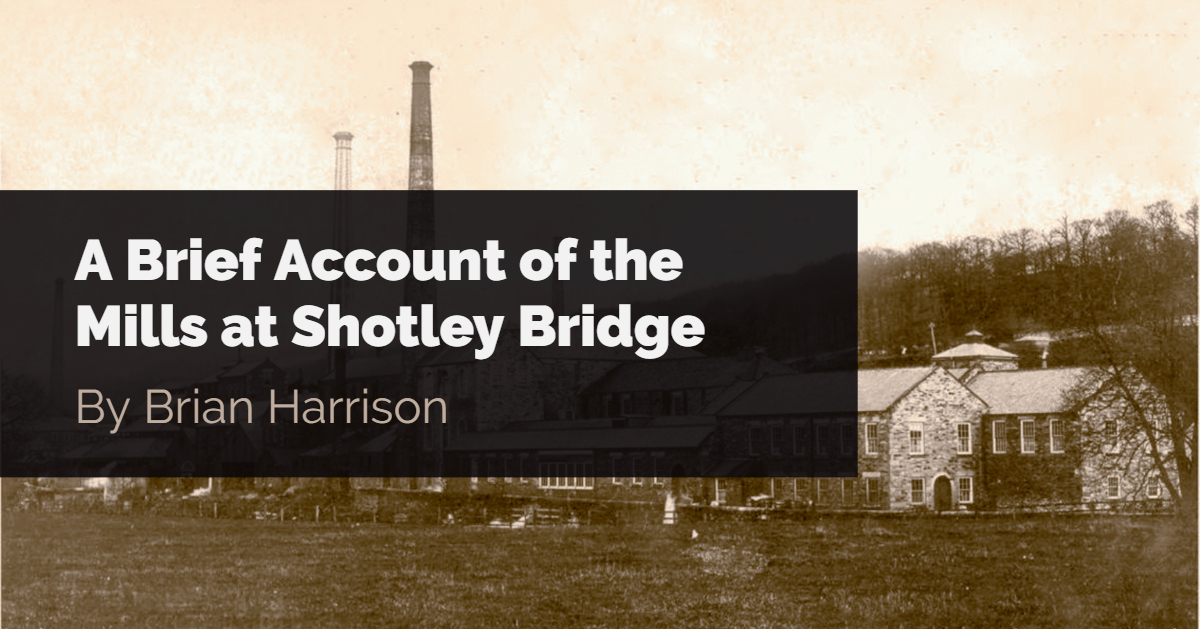 The Mills at Shotley Bridge

The River Derwent has long been a source of power and industry in our area. From as early as the 14th Century there are accounts of an ancient water mill in the Parish of Benfieldside given in Bishop Hatfield’s Survey of 1345-1381 AD. At that time it was stated as being unoccupied. However, a few years later a Mr John Bateson undertook the task of rebuilding it at his own cost. The next mention of the Mill came some 200 odd years later in 1545 when two of the local tenants were fined for milling their own grain and not using the Lord of the Manors Mill, which all the villagers were obliged to do at that time. 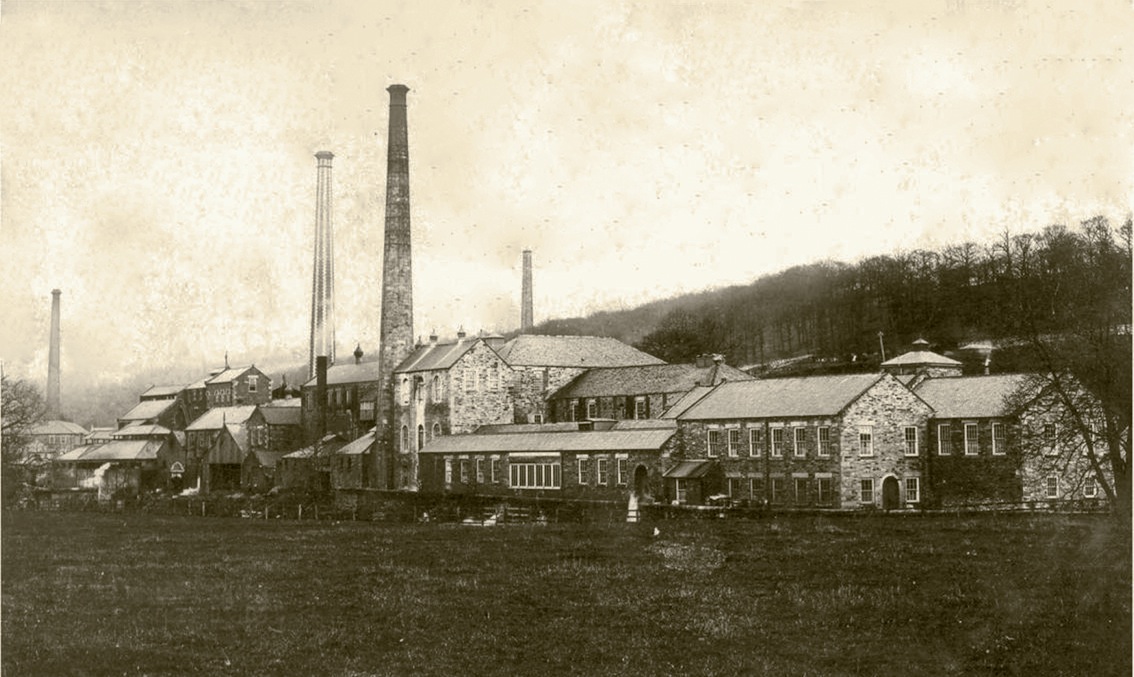 There were numerous owners named from the 1600’s including Ann Backworth and William Blaxton but we do know that by 1799 the Mill and lots more of the river bank were now in the possession of the Annandale family. In that year John Annandale opened his paper mills at Shotley Grove. This was a very successful venture which saw in excess of 300 people employed and the production of over 4000 tons of paper per annum. John died in 1834 but the family business was taken up first by his son’s and then his grandson’s and ran very successfully until its eventual closure in the early 1900’s.

As well as the paper mill, the Annandale’s also owned the “Corn Mill”. This was more of a side business for them and as such was bought up by Andrew Annandale along with other parts of the overall estate. Andrew then sold it to the Co-operative Flour Mill Society ltd in 1872. It was noted very rapidly that during the summer months there was just not enough water power to keep the mill in good operation. So it was decided to invest in new technology and a turbine was purchased making it a modern steam-mill. The Society flourished until the 1940’s and at its closing saw the end of all major industry in Shotley Bridge.