April sees the return of celebration of the patron saint of England St George. Although less celebrated than St Patrick’s Day last month, St George has his roots firmly placed in 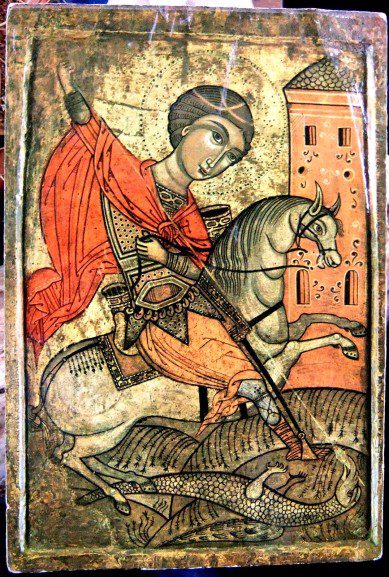 English history and deserves to be remembered and celebrated. The first documented mention of the legendary St George was by local religious figure the Venerable Bede who lived between the years 673 and 735. Although very little is known about St George, he was most likely born in Greece as far back as the year 275. He has become one of the most respected saints in all areas of Christianity.

St George’s day is a time for us to celebrate our English heritage. There are so many great things which have happened in this small part of the world that need to be remembered and passed on to the younger generation of the nation. Whilst there have been campaigns to make the 23rd of April a public holiday for the people of Britain they have so far been unsuccessful.  We should celebrate everything that makes us English on this day and remember what this small nation has done. From the invention of the world’s first passenger train line, the vaccination of the smallpox virus to the literary works of William Shakespeare, English citizens have performed some amazing feats over the years.

Why not take St George’s day to remember everything that makes England the great nation it is.