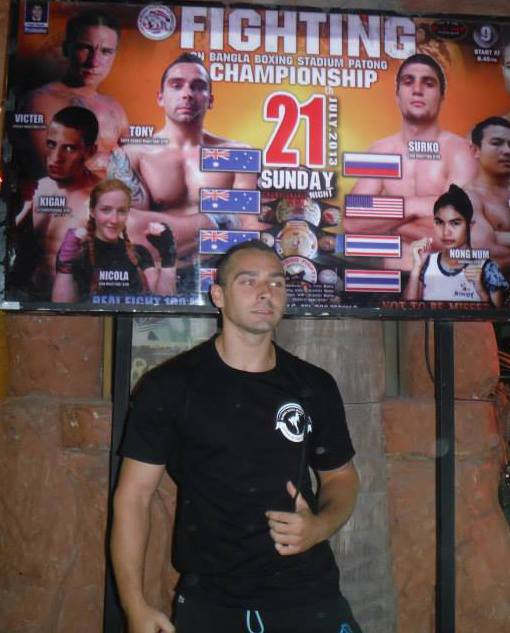 On the 21st of July, British Muay Thai fighter Tony O’Brian took to the ring in Phuket, Thailand for his first ever fight in the home of this brutal and popular sport. In 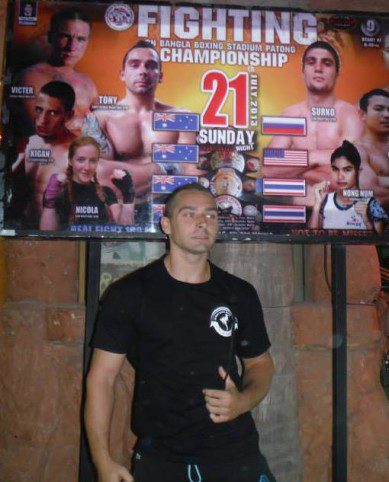 comparison to the Westernised mixed martial arts fighting, Muay Thai is all about fighting on your feet and utilising your body in the best way possible. This sport takes years of preparation and after 3 months of intense training for 5-7 hours per day (including 3 final weeks at  Rawai Supa Muay Thai in Phuket) Tony was ready for his first fight at the Bangla Boxing Stadium.

Tony is originally from Consett and went to school at Blackfyne Comprehensive before it changed to Consett Community Sport College. After some time in the UK, Tony took the opportunity to see some more of the world by moving to Australia. After an intense 3 week training session with local experts in the sport, Tony took to the ring for a fight he’d never forget.

A packed house turned out to witness the night of epic Muay Thai bouts in the capital city of the Phuket province. Tony started the match out strong landing lethal combinations against his local opponent taking the initiative in the opening exchanges. Things started to get heated as both fighters were trying to exploit each other’s weaknesses in the ring. Round one ended and both fighters headed to their corners for a well deserved break and a pep talk from their teams.

At the start of the second round both competitors looked up for the fight as they both charged in with intent. Punches and kicks were flying in from all directions but it was Tony O’Brien who looked the sharper of the two throughout the middle of the round. Nearing the end of the round, Tony managed to land a superb punch on his opponent which lead to him winning the match by a Knockout. This was to be the 50th bout for his Thai opponent, so this is an extraordinary feat for our local lad.

It’s great to see someone who was originally from the area go on to be a success in their field across the globe. His next fight in Phuket, Thailand will be in around 2 weeks time, in early August.

We’d like to congratulate Tony for his impressive win and wish him all the best in his career.