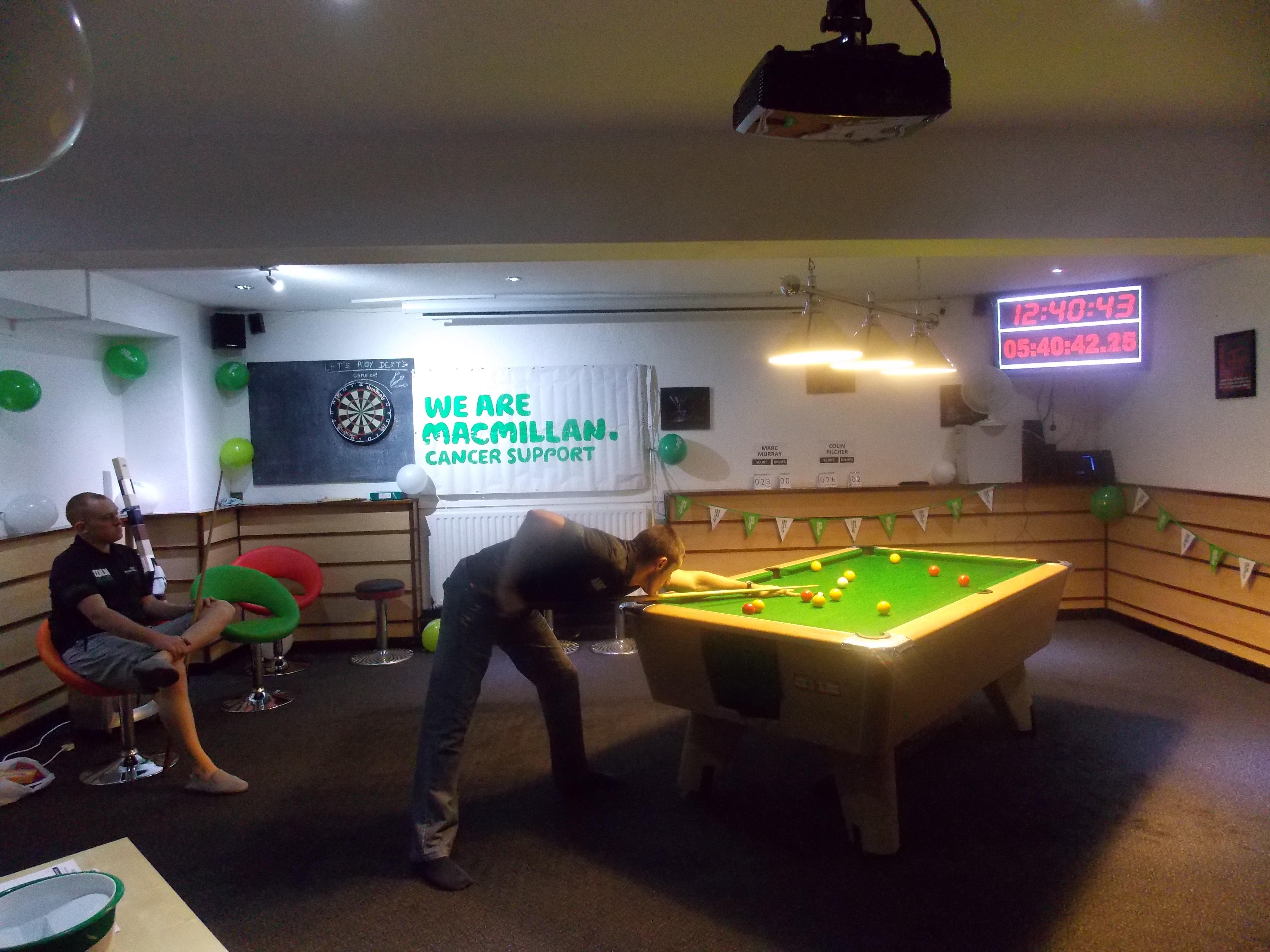 The game of pool is usually associated with a few mates having a few pints in the pub after a hard day of work. For Consett residents Marc Murray and Colin Pilcher it’s 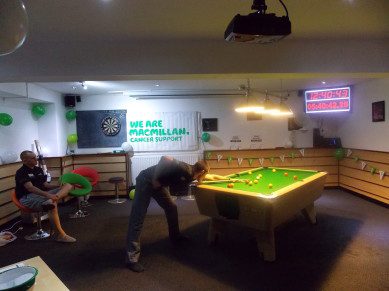 something much more important than that. 2 years ago this dynamic duo managed to set the Guinness World Record for the longest game of pool with an amazing time of 72 hours but shortly after this record was broken pushing them out of the record books.

It was only a matter of time before Marc and Colin had another stab at the record aiming to play for over 74 hours and 50 minutes to bring the record back to Consett. After starting today at 7am, the pair have just past the 6 hour mark after playing of 50 games so far. Things were looking good as both Colin and Marc were feeling great and raring to go with the timer on the wall continuously ticking away as their target gets closer and closer.

Being a sanctioned Guinness World Record Attempt there are strict rules in place to make sure everything is done by the book. There must be two witnesses present at all time and they must be changed every 4 hour whilst Colin and Marc are only allowed one five minute break every hour.

Whilst this may seem like a hunt for eternal glory in the Guinness World Record Book there is a much brighter cause behind the event. The pool playing pair is aiming to make money for the cancer charity Macmillan Cancer Care. The first time they got their names in the book they managed to raise over £2500 for a local charity which is just as good an achievement in itself.

We will be heading back to Supa Snooker over the next few days to see how Marc and Colin are getting along. We wish them all the best in this titanic pool challenge. The pair can also be followed on twitter @poolmarathon.