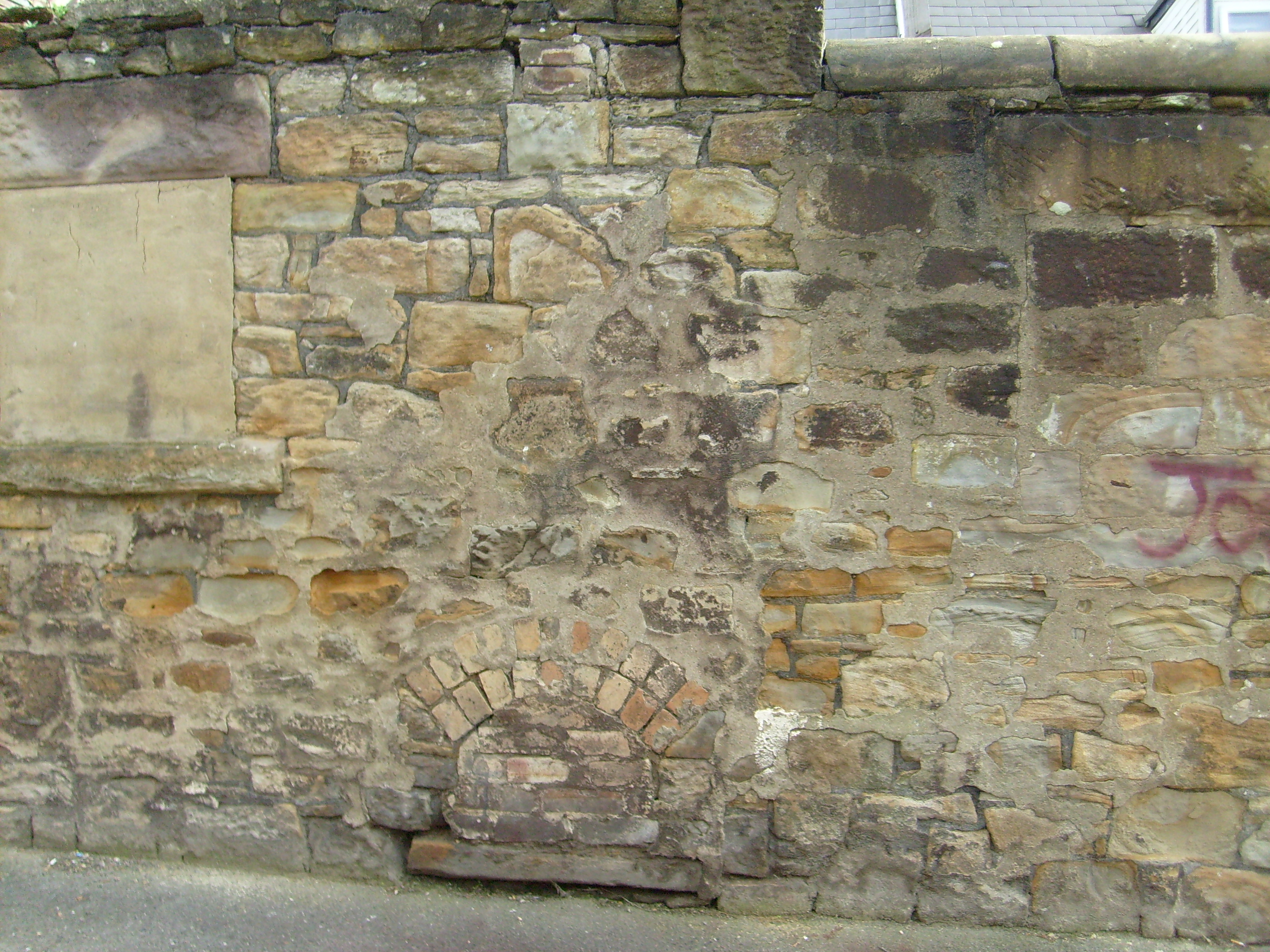 These intrepid workers carried out their occupation in the dead of night, and removed night soil, which was a respectable term for human waste. The waste was cleared from the ash or earth closets of people’s homes. Whether lord or magistrate, chimney sweep or coal miner it all went into the same cart, but in a class riddled society no one spoke about the activities of these men.

The closet in the pit villages around Consett was the furthest outbuilding from the house. It was usually  a four feet by six feet brick unit, with a wooden door. A piece of wire served as a paper holder. The toilet paper was usually old newspapers, or even paper bags, cut into squares, and stuck on the hook, which was fastened to the door by a bent nail. The door had vents in the top to encourage air movement in an attempt to keep the atmosphere sweet. A layer of ash from the coal fire grate, or from a bucket of earth, was spread underneath a wooden board set at chair height. The seat had a circular hole cut into it.  The oblong board or seat, was four feet by two feet approximately, and was made from planks of timber that were sanded down smoothly. After all, a splinter in the backside would have been very embarrassing in those days, and  the doctor would have to be paid a shilling if he was called out, which was a lot of money then. Anyway, this primitive toilet seat sat on a brick wall inside the netty, as it was called. The name is still in use today.

After nature had followed its inevitable course, a further layer of ash or earth was spread over the, well you know what I mean don’t you ? In the homes of miners, earth was a common material used, as the mixture could be used as manure, for the long back gardens, urgh! The fire grate ash was ideal for pathways. Recycling at its best you could say. The netty was always next to the coalhouse, and mention of the toilet was always avoided as it was a bit of an embarrassment. The words ‘excuse me’ were enough to explain where a person was going.

Most people wouldn’t use human manure. It could make vegetables deformed or stunted, or it was too rich. It could even cause madness, or so it was said. But the real reason, was that people couldn’t come to terms with the fact that using the toilet was perfectly normal, it was disgusting, and you didn’t talk about it, and that’s where the night soil men came into their own.

Laughed at, insulted and frowned upon, you just didn’t mix with these fellows. They were outcasts and kept to themselves. They carried out their work at night, so that respectable people wouldn’t be offended. Their clothing would consist of oilskins that were easily washed down but never allowed inside their own homes.

These were the men who cleared up the waste after the privies, bogs, over the yard, and cludgies were used .Believe it or not some toilets were actually called thunderboxes, hilarious but true. But perhaps we’ll leave that one to the imagination shall we?

On the outside walls of these outhouses were two doors or hatches, each one approximately two feet square. One was about four feet from the ground. This was the coal hole. The monthly allowance when delivered was shovelled through this hatch into the coalhouse. The other hatch was 18 inches from the ground. This was the night soil door. Even in the late 1950s the contents were still being removed by  long handled shovels and then thrown onto a horse drawn cart.

Gradually water was provided in outside toilets, and even though the flushing toilet had been around a long time, in some areas it was heralded as a new luxury. The cistern was fastened to the wall just below the roof .A long chain hung down from a lever on the side of the cistern. The chain had a handle on the end, which was pulled to flush the system. But the whole contraption was still outside, and across the yard, which brought a hitherto unseen problem to light. When winter arrived, the water froze. But as usual, through human ingenuity the answer was found. A candle was placed in the water closet every evening, and along with old clothes wrapped around the cistern and pipes, enough heat and insulation prevented the water from freezing. That was apart from the toilet pan, but the heat of a family’s body fluids on a cold morning soon melted the ice.

This was the beginning of the end for the night soil men, although there were still jobs in the thriving sewage industry for any with the ability to handle such a product, after all they do say that, “ where there’s muck there’s money.”

It’s all very different today, and it’s almost impossible for anyone to imagine what it was really like then, unless they lived through those times. Our modern toilets are inside the home, which would never have been dreamed of at one time. Toilet paper, or curl paper, was once a very embarrassing product to ask for, and only sold discreetly from under the counter at chemist shops. A very different to the displays of toilet paper in supermarkets today. The very idea of having a toilet beside a bath would have been dismissed out of hand at one time.

Next time you are out and about keep your eyes open, for in the town of Consett you can still see a hatch near the ground on some old outbuildings.

The night soil men have gone now, replaced by modern methods and equipment. They and their unsavoury job are rarely mentioned, but they were a necessary part of society, somebody had to do it. So let’s not forget them, they were spurned and ignored but would you have carried out the job they did?