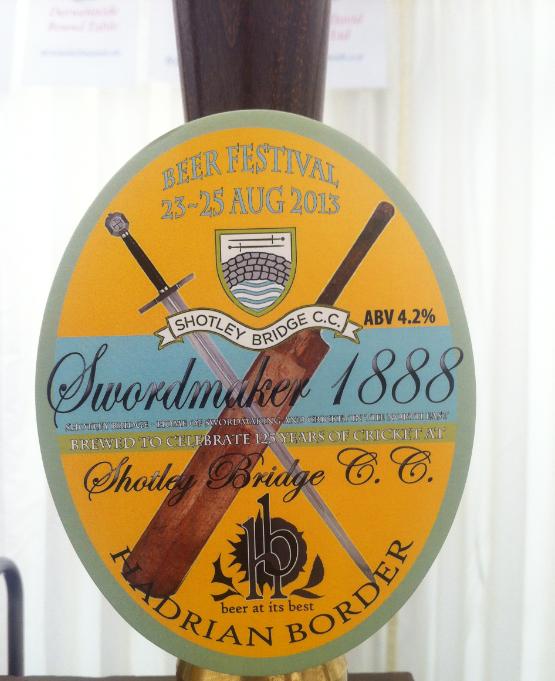 ciders. Starting on the Friday evening, the beer festival was an amazing success which gave the people of the local area a chance to sample a whole range of amazing ales from some of the local breweries as well as some from much further afield.

Held in the new and improved marquee at Shotley Bridge Cricket Club, the festival was set to be an amazing event filled with great people, great beer and a fantastic atmosphere. Alongside the amazing beers there was also a range of ciders from Summerset and Wales for the apple lovers out over the weekend. My personal favourite from the festival cider selection had to be the Black Dragon cider. This brutal brew rated at over 7% alcohol content was easy drinking, great tasting and packed a substantial punch! If these powerful ciders were not your thing, there was an even bigger range of real ales for the aficionados to get stuck into at the Shotley Bridge Beer Festival.

The huge range of beers ranged from the easy drinking to the absolutely monstrous. The Elvis Presley inspired Hound Dog was a great light ale with a hint of a citrus twist whilst the Orkney Island Skull Splitter weighing in at 8.5% was a truly epic beer which packed a big punch. I could see some people with some big hangovers the morning after drinking a few of these heavy ales.

During the day Shotley Bridge Beer Festival had a much more relaxed atmosphere with children playing cricket on the turf whilst their parents enjoyed a drop of excellent beer.

Overall, Shotley Bridge Beer Festival was a great event which showed off a range of exquisite ales in the spectacular setting of Shotley Bridge Cricket Club.