A recent study from telecom regulator Ofcom has found that the difference between broadband packages in the UK’s cities and rural areas has increased over the last year.  It is 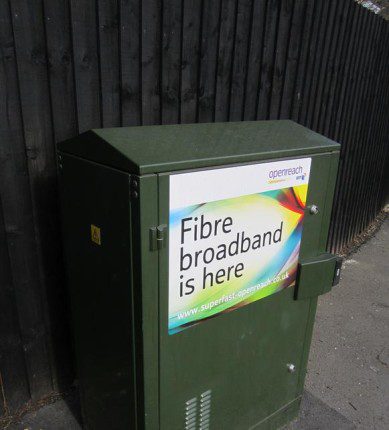 now at its highest ever level and experts believe that the gap is not going to get any smaller in the coming years. This can be attributed to the internet infrastructure currently used in city centres in comparison with rural and semi-rural areas such as the surrounding areas of Consett. The divide between rural broadband speeds and urban broadband speeds may be a hindrance to more than just people surfing and streaming from the comfort of their own home.

The broadband disparity can have an effect on the types of businesses which are attracted to a specific area. Many modern businesses which utilise the internet as a means to make money will need an area with the best speeds so they don’t have to worry when working on their online business. Rural broadband speeds are often not up to the task of dealing with these applications due to the slow connection speeds that are unable to support extensive web activity.

Over time, high speed broadband will eventually reach the rural areas of the UK but at the current moment there is a shocking difference in the services available depending on your geographical location. For instance, using an online internet speed tester, we can compare the service between Consett and Medomsley. Whilst a respectable download speed of 15mb/s is possible in Consett, Medomsley has access to speeds closer to 2mb/s. Compare this with a big city and the result is astonishing. Most big cities have access to fibre technology providing speeds in excess of 30mb/s.

Whilst the differences between rural broadband and the service that is available in the city are currently huge, how long will we have to wait to get an equal level of service to the city centres of the UK?