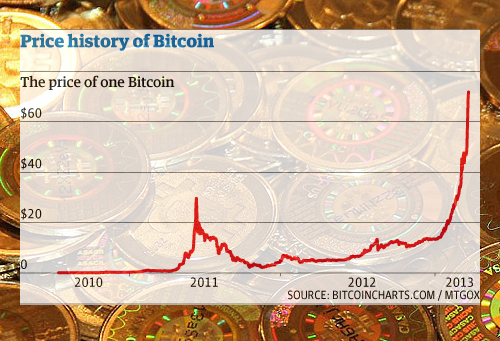 Bitcoin price reaches £200.00+ today with many new buyers coming around to the idea of a digital currency. 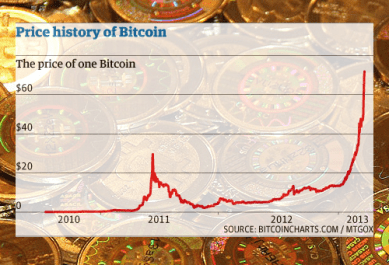 Perhaps the bitcoin currency has risen so much over the past few months due to all of the new press attention this new cyrptocurrency is getting from the world media?

Or maybe, it is because this is going to be a new one world cyrptocurrency!

What is a Cyrptocurrency ?

A cyrptocurrency is a bearer instrument, the holder has ownership and the there are no records kept as to the identity of the bitcoin owner. It is also impossible to replace if stolen or lost.

Bitcoin has been through the wars recently with much of the media outlets tying the bitcoin currency to the dark web’s SILK ROAD, an online marketplace for illegal drugs among other items and services. This gave many people the idea that bitcoin was quite obviously an illegal new currency, but things couldn’t be further from the truth. Admittedly the currency is ideal for moving money across borders or between two individuals who live on each side of the planet without trace, and it is for this reason that bitcoin was the currency of choice for SILK ROAD. SILK ROAD was recently removed from service by the US Government and the founder had $26 million of bitcoin confiscated from his possession. In the past 24 hours there have been multiple reports that SILK ROAD has reappeared so it is quite obvious that the powers that be are going to have a tough fight on their hands trying to monitor illegal activites tied to the cryptocurrency bitcoin.

Is Bitcoin A Good Investment?

Although the current bitcoin price is on the rise, you can still get involved at a reasonable price. People who got into the online currency early have seen significant returns on their investment. A man in Oslo, Sweden bought $27 of bitcoin when they were only first emerging back in 2009. After forgetting about his investment he recently checked to see how much the value of his coins have increased. His initial $27 dollar investment had matured in the 4 years to $886,000 dollars. This is an amazing sum of money for a relatively small investment. Bitcoin price predictions are still expected to rise with some pundits saying the bitcoin price could reach as much as $50,000 a unit in the near future. Bitcoin is in fact the best investment for anyone in the last year.

Bitcoin appears to be here for the forseeable future with many of the world’s top financial people starting to accumulate big positions in bitcoin. We want to hear from people who are interested in bitcoin price predictions and what experience you may have had using the cryptocurrency to increase wealth or trade for goods and services.

Comments about bitcoin and bitcoin price predictions can be found below.