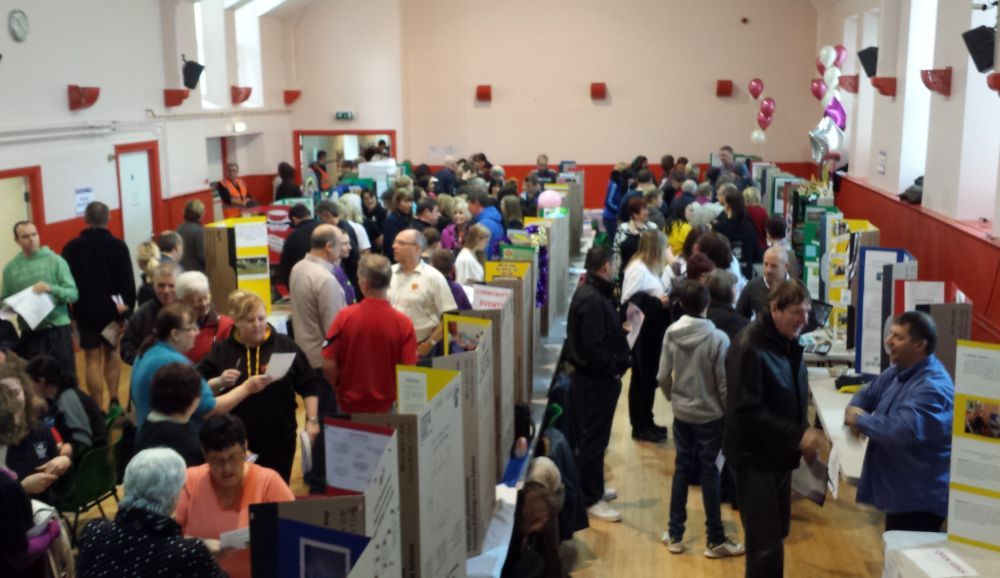 In August 2013 the Derwent Valley Partnership provided an opportunity for 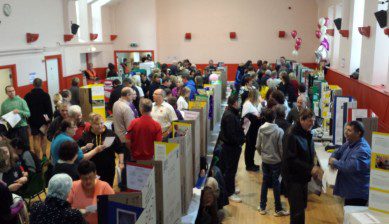 community groups and organisations to apply for funding to deliver local projects and activities. A fund of £40,000 was created by the Partnership (£15,000), the Northern Clinical Commissioning Group (£20,000) and Durham County Council (£5,000). Groups were encouraged to apply for grants of between £1,000 and £5,000.

Over 40 groups made it through to the final voting stage where they presented their plans to the public in St Patrick’s Church Hall, Consett on Saturday, 16th November 2013 in the hope of securing enough votes to receive the funding. Each member of the public had to choose three projects to support with the winners of the ballot receiving their preferred share of the fund until the entire £40,000 fund had been allocated.

It was standing room only from 10.00am at St. Patrick’s Hall as the public queued down the street to ensure their vote was cast. Each group presented how they would use the funding if successful and at the close of voting over 1300 local residents had voted. Great credit must go to the organisers who kept things running smoothly during a very busy four and a half hours of voting.

When voting was completed and the ballots had been counted, ten groups were successful in obtaining funding. These included Consett Football Club, who applied for funding for training equipment, the Act On Theatre Group who will fund their production of ‘Phantom of the Opera’ and Willowburn Hospice, who plan to buy Hospice furniture. A full list of the winners can be found on the Derwent Valley Partnership Facebook page.

“The Your Money, Your Area, Your Views event provided an opportunity for residents to decide how local money should be spent in the area, we had a fantastic turn out with over 1300 residents coming along to cast their votes and a range of projects received a share of the funding we had available. This event provided a great networking opportunity and the Derwent Valley AAP will continue to provide opportunities like this for local people to have a say on the things that matter to them locally. We would like to thank all those local residents and groups who took part in the overall scheme.”

Derwent Valley Partnership also conducted a consultation exercise which 70 residents participated in to help decide the AAP priorities for 2014/2015. The top three priorities from the exercise were identified as activities for children and young people, older people and crime and community safety.

Find more from Malcolm on his blog which can be found at;