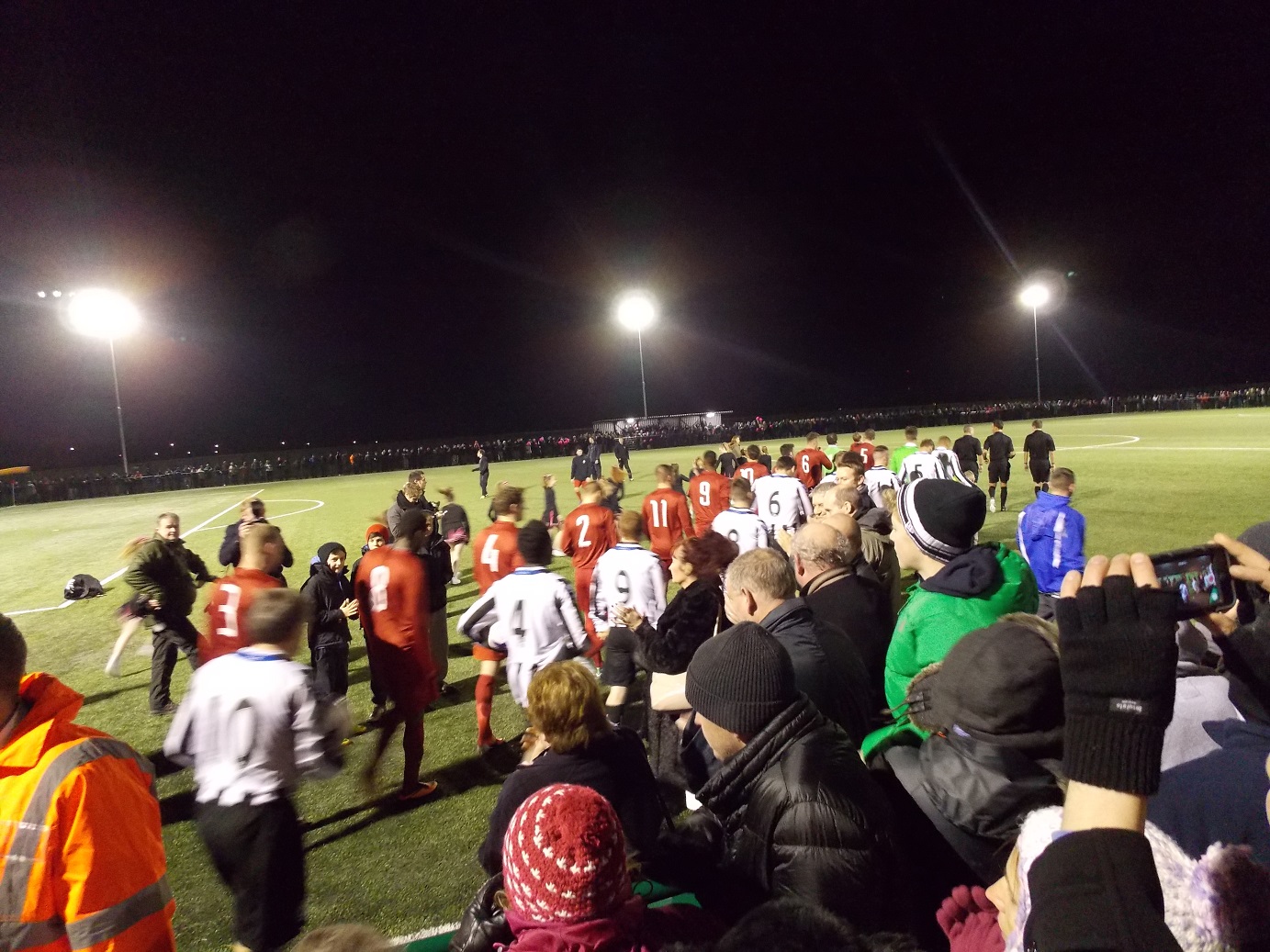 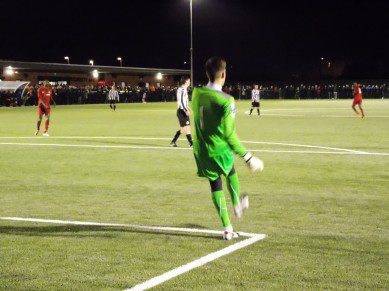 against a Newcastle United XI team featuring legend Peter Beardsley took to the turf against our local side. It was a fantastic run out for both teams in a close fought match which ended 2-1 to Newcastle United. Kick off was initially delayed due to the sheer amount of people who came to see this special event. Over 1500 people filled Belle Vue Stadium making it one of the biggest football crowds ever assembled in Consett.

Although this was well and truly Consett’s night, it was Newcastle United striker Adam Campbell who took the honours of scoring the first goal at the ground 30 minutes in. Campbell is no stranger to big games with a number of European and Premier League apps to his name. After the restart it was Consett who was to score the 2nd goal of the match. Luke Sullivan scored in the 55th minute of the match with a tidy finish to level the score.

Things could have gone either way with both teams taking their chances to try and score the final goal of the evening. It was Newcastle United who managed to grab the last goal when Jamie Cobain headed home a beautifully weighted corner. Overall it was a great night to celebrate the beginning of a new era for Consett AFC and welcome the town to the new stadium. Consett’s next home game at Belle Vue Stadium is Friday 29th of November playing Spennymoor Town.