Bitcoin price exceeds $1000.00 for the first time ever, but it could climb even higher in coming months!

Many articles, blogs, and videos across the web have claimed the US Senate hearing on cryptocurrency has been the main reason for the rising value, while other commentary found on the likes of forums has commented on the recent surge in popularity from Chinese markets. Whatever the reason for the surge in value and popularity of this cryptocurrency, we can be rest assured that this currency is starting to wake up all types of people in government authority and beyond.

Much of the media attention surrounding bitcoin has focused exclusively on the criminal uses of the currency, which in my honest opinion could easily be paralleled with any currency used to obtain illegal goods or services. You cannot blame the Bank of England for a drug dealer using a Bank of England banknote, in much the same way you cannot claim bitcoin if someone uses the currency to commit an illegal act.

Looking towards the positive aspects of Bitcoin, you can be sure the world is indeed in need of a cheap and effective way to transfer to funds across borders fast and effectively. This is something that still seems to take forever and cost a great deal of money, especially when we live in the internet age of instant communication.

Bitcoin could go to $1million per coin, effectively it could go beyond everyone’s expectations and even exceed this figure; but it is all speculation at this moment in time. 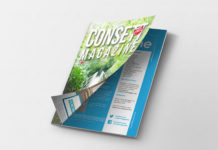 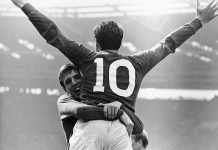 They Think it’s All Over – By Lorraine Weightman