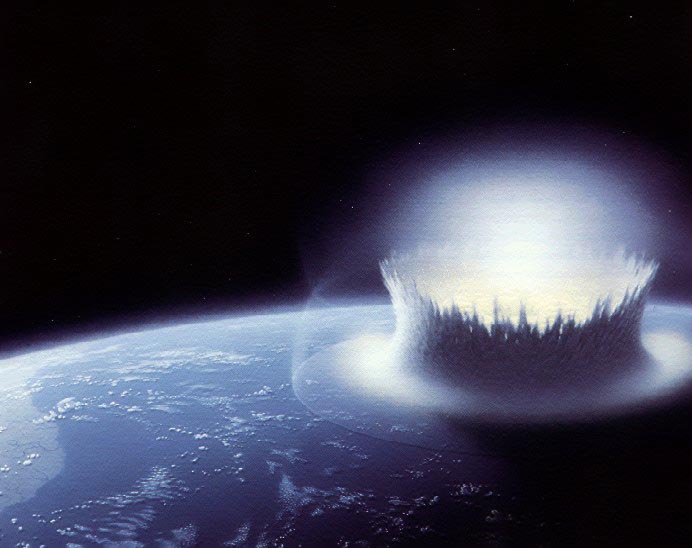 An asteroid impact that took place 66 million years ago may have sent life to Mars, Saturn, and even Jupiter’s moons, a study has found. The Chicxulub asteroid, which is believed to have wiped out the dinosaurs,  may have spread life to other planets and moons in the solar system including Mars and Jupiter’s moons. The researchers from Penn State University said that there had been “frequent transfer of material”  over the span of 3.5 billion years, suggesting that life 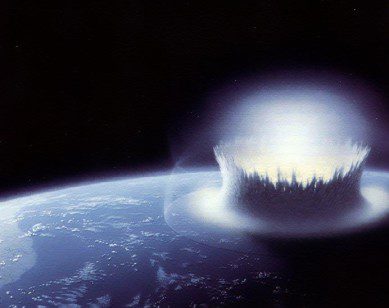 may have been transferred between any number of terrestrial planets.

Rachel Worth, lead researcher of this project, told BBC News:  “I’d be surprised if life hasn’t gotten to Mars. It seems reasonable that at some point some Earth organisms made it.”

A small number of simulated meteorite journeys made it to Jupiter’s icy moon intact. It is believed that Europa could have a significant volume of water hidden beneath the icy surface which would be appropriate to host organisms. To gain a better understanding of the type of rock likely to have sent life spiraling across the solar system the researchers looked at the Chicxulub crater in Mexico; this asteroid impact took place 66 million years ago and caused 70 billion kg of rock to be launched from Earth into space. This particular event is one of the more likely impacts in a 10 million year period to have sent life-bearing objects which ultimately collided with other planets and moons.

Although simulations suggest that the organisms had a better than 50% chance of safely impacting another planet, the researchers admit that it is beyond the realms of their study to ascertain the likelihood of life prospering upon impact. However, they suggested that it would be much more promising earlier in the life of the solar system when the planets and moons were much warmer and therefore much more hospitable.