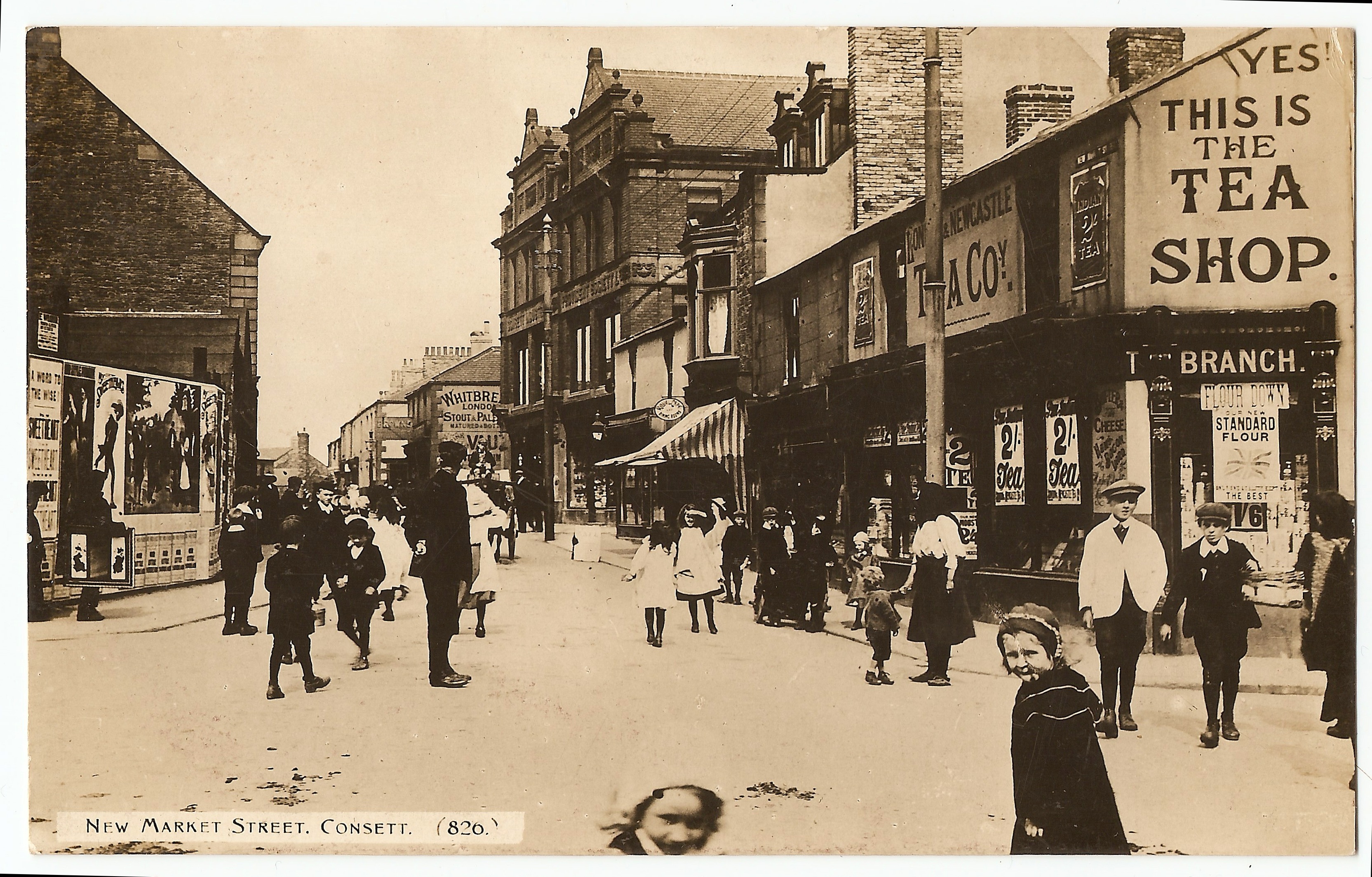 The Co-op was always an important place for the people of Consett as I am sure it was in many towns. I remember being dragged there by 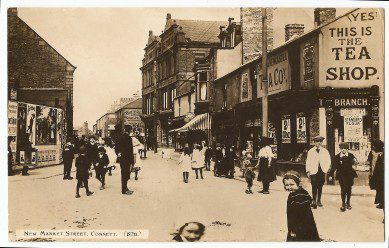 my mother in the mid seventies when I was just a young boy. It had been the place for people to buy there local produce, clothing and shoes as well as many other items, many times on tick! If you ask the older generation’s I will guarantee many will still remember their Membership number, or their parents.

Consett Industrial & Providential Society was formed in May 1863 and with the diligence of its members had enough money to lay the foundation stone of its own store on Saturday 1st July 1865 at the end of Victoria Street (now Newmarket Street). 8 cottages were purchased at a sum of £505 to make way for the new store. 5 were demolished and the remaining 3 were used to generate further income. The store consisted of Grocery and Provision departments located on the ground floor with warehouses in the cellar. The first floor held the Butchers (with adjoining Slaughter House) and Drapers departments as well as a “Hunger House”, which I can only assume was a cafe or eatery of some kind. There was also part of the manager’s house which consisted of a large living room and kitchen. On the second floor could be found a very large Lecture Room, the Committee Rooms, the Drapers store room, a Hay Loft and 2 bedrooms(directly over the managers accommodation’s below). Finally on the third floor were the Tailor and Shoemakers shops as well as a Milliners show room. Other rooms were also there but used as and when needed. At the time of opening the promise was also given that the store would be there to help education and that a Library/Reading room would be added, which it was.

The store was designed by Mr John Smith of Medomsley who also oversaw the building. All the stone was quarried at nearby Waskerley and carved to the highest standard. The building was completed a year later in 1866 at a cost of a little over £1,100.

The Store was well received and by 1894 had become well established having now opened up further stores in both Blackhill and Castleside. 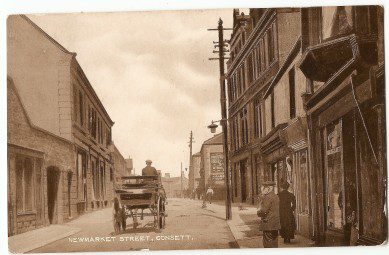 They were also the owners of the No 1 Farm as well as many other properties and buildings in the area. However, disaster struck on the morning of Tuesday 16th November 1897 with what was described as the most destructive fire Consett had ever seen. The fire brigade were alerted, but after several hours of fruitless attempts to bring the fire under control, had to resort to containing the fire and stopping it spreading to the businesses next door. By the evening the fire had died down but the building and all the stock was gone. The animals where housed at the back of the property and rescued from the fire quite quickly so luckily no lives of any kind were lost. The only stock remaining was a number of pounds of sausage which the butcher in an effort to save stock had wrapped around his person. The police had to cordon off both Gibbson Street and Store Street as well as the main road due to the stability of the walls of the store which had began to fall, one just missing a young boy. The damage was estimated at over £20,000 which was luckily covered by insurance.

The new premises were opened on 10 March 1900 by the Bishop of Durham at a cost of £10,000. The Store became a place for the community being used for numerous activities, from public meetings to social gatherings and lectures for the likes of the Consett & District Naturalist Field Club. At one point, between January 1906 to February 1907, it was even used as place of worship by the Baptist Church who were erecting a new church at the site at Ox Close (now the end of Albert Road) directly across from the Stirling Castle, the site of there former church. The Co-op stores thrived and grew taking on further property across the road. Unfortunately as with many other Co-ops by the 1970’s the store was no longer viable and its doors closed for the last time.

So from an initial idea of co-operation and hard work the Consett Industrial & Providential Society and its members lasted over 100 years and as a consequence helped shape our Town and many memories. A true Superstore of its day!