Flappy Bird clones are taking over Apple and Google

Since the crazed game Flappy Birds shut down, there has been clones of the game soaring rhrough the Apple Store and Google’s Android Play Store over this past weekend. The only difference between the games is the names and most of the graphics, such as ‘Slappy Shark’ and ‘Floppy Penguin’. These games are almost identical to the game, which means the craze over the game is not  yet over.

Apple’s approvals team has cracked down on putting the games on to the Apple Store, several game developers have been rejected on the graounds that ‘your app name attempts to leverage a popular app’, whereas the Google Play store for Androids have being pulling games that have ‘misleading or excessive keywords in app descriptions, metadata or titles’.

Despite most games having ‘Flappy’ in the title, the games were approved by both Google and Apple to be released over the weekend. Some of the games were very obvious too, such as Flap Copter Flap, Slappy Shark, Flappy Puppy, Desert Bird and Flashy Fish. Also one of Miley Cyrus’ recent songs, Wrecking Ball, has become another internet sensation with Flappy Birds naming the game ‘Flying Cyrus – Wrecking Ball’, the game features Miley’s head with an extra-long tongue.

The search for Flappy Bird on Google’s Play store comes up with pandas, pigs, mice, fish, Nyan cats,dogs, dragons, cows, frogs, bats. Although it has been said that Apple and Google may be taking too much time in focusing their attention on games that risk fooling people into thinking that Flappy Bird is still in excistance.

Sicne the game was take down from both Apple and Google  stores earlier this month by the developer, Dong Nguyen, there have been too many copies of the game. There was a reason that the developer took down the game and that reason is because after the game had risen in global popularity, there was many heated debates about the games quality and influences and, Nguyen couldn’t handle the fame and the fortune of it all because of the negitive feedback. 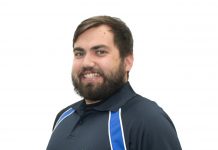 Retron 5 – One Games Console For All Your Vintage Gaming... 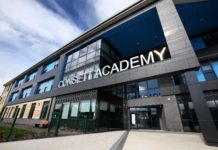 Predictions for the 2014/15 premier league season