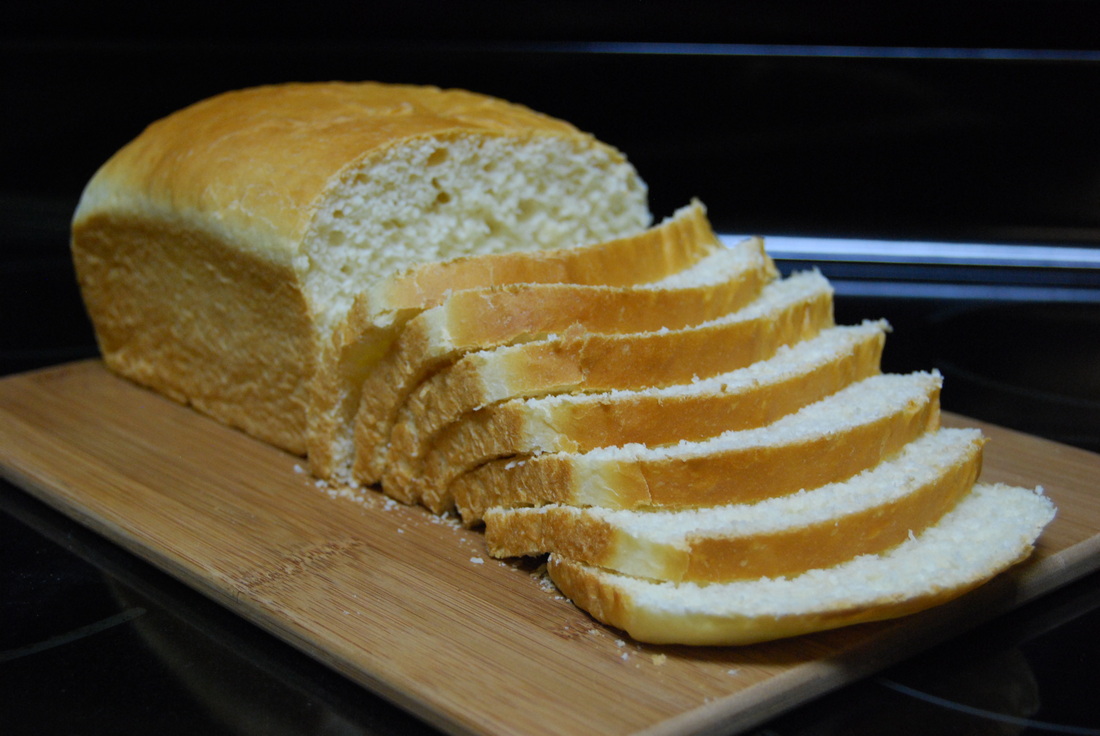 No one needed to wake me that morning as I had been counting the rings on the curtains since six o clock.  I heard stirrings 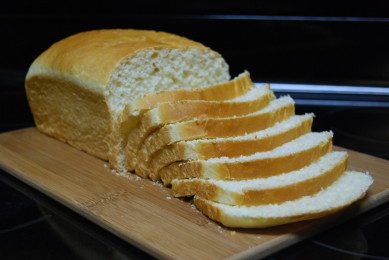 downstairs but waited a bit longer as I knew the bathroom wouldn’t be empty and being the youngest I had to wait my turn. My newly ironed pale green shorts and tee shirt were laid out on the pink candlewick counterpane on the bottom of the bed and white ankle socks were tucked into my new green plastic ‘Sunny San’ sandals.  It was the 29th June – the school trip – the highlight of mine and everyone else that mattered in my life’s social calendar. Our whole family were going and the eight printed tickets were behind the clock in the living room.  We were on bus five – which would be quite near the front – so that was a bonus.

I heard my Uncle Joe coughing up his breakfast into the toilet and smelt the white swirling smoke of his newly lit Player’s Navy Cut as it slid under my door.

Uncle Gerard was in the kitchen when I came downstairs, meticulously cutting neat slices from the large white loaf with the concave bread knife with the faded wooden handle that had been sharpened so many times on the outside kitchen windowsill. The egg and tomato had already been mashed and waited in its bowl alongside Auntie Ellen’s homemade sugar topped apple pie, which had been sliced and wrapped in greaseproof paper for the journey.

My stomach somersaulted with excitement as I saw the Fentemans pop bottles lined up near the kitchen door to keep cool. I was to choose three to take with us and as I mused over cream soda, lime or dandelion and burdock for first place I heard the bathroom door go and knew it was my chance to beat the queue.

The lino bathroom floor was comforting on my bare feet as the day was already hot and as I filled the sink in front of me I began my washing ritual with Palmolive soap and a flannel. I couldn’t manage as well as my mother did to get the flannel into a small enough point to fit into my ears so I carefully washed around the outside and made that do.  Trying to get my feet in the sink was a struggle as my six year old legs were not long enough yet. My two brothers could do it easily and taunted my smallness.

We weren’t allowed a bath this morning as there would be not enough hot water for everyone and we had to get to Mass for eight o’clock to celebrate the feast of Saints Peter and Paul, I was more than happy to rejoice with them as they were the only saints I knew who organised trips to Whitley Bay on an annual basis. As I cleaned my teeth and saw my freckled face in the mirror I realised then how lucky I was to be part of this family and community.

I skipped down the stairs to the landing in the middle and slid the rest of the way on the shiny banister only to snag Auntie Ellen’s hanging swing coat pocket with the buckle on my sandals and pull out the thread.

My Dad was having his breakfast as he’d just finished night shift and my mother busied round him trying to pack for the day.  The huge bag at the end of our kitchen table was packed with a woollen tartan blanket, towels, swimming costumes, spare underwear and The New Statesman for my Auntie Ellen to read on the bus, and that was before the food went in.

We left the bags in the church hall and snaked our way into the packed church just in time for the opening hymn,’ For all the saints who from their labours rest’ The priest’s sermon was about sacrifice and martyrs, keys and swords and heaven but I’m not sure in what order as I only tuned into the odd word.  Right at the end we stood up and sang Faith of our Fathers really loudly as the procession of altar boys disappeared into the sacristy.

As the deafening sound of the kneelers being kicked back into place echoed around us we followed the throng to the adjoining church hall to pick up our belongings. I waved and shouted as I spied my friends and their families laden down with buckets and spades, beach balls and heavy overloaded string bags.

Bus number one was pride of place just outside the church gates, reserved for the clergy and teachers as they were the most important. We counted the buses round the corner until we got to number five. My mother reached into her dark blue leather handbag to retrieve the tickets and we waited. Once the emptied handbag had been refilled from the pavement I knew we’d left them at home behind the clock on the mantelpiece. My older brothers offered to run home to get them but Auntie Ellen had a word with the nicest teacher with the clipboard and she said we were on her list, and as long as we waited till last we could get on the bus without our tickets. Anyway, we were still waiting for Uncle’s Joe and Gerard who has slipped into the betting shop as they had a tip for the two thirty at Goodwood.

I breathed a sigh of relief as we put down our bags and stood in the shade, my sweating back pressed against the brick wall of the church hall as I watched everyone scrambling and pushing their way onto the thirteen buses. My mother and father darted glances down the street, while my brothers kicked stones into the gutter. I was next to Auntie Ellen who had a flask of tea under one arm and the Manchester Guardian under the other.

The bus engines started and the whooping and screaming began as all the kids waved, pulled faces and shouted out of the windows.

Our family were the only ones left standing and the top class teacher with the clipboard beckoned us to board to take our seats. My Dad told the five of us to get on and he would go and check the betting shop round the corner.

Just then the sound of an ambulance broke up the laughter and noise from the buses. Kids strained their necks to see as it sped down the bank to the hospital. My Dad’s and Uncle Gerard’s figures appeared at the corner looking tight and tense

We were escorted off the bus and told the news.

I watched the thirteen buses leave and limply waved as they wound their way past us one at a time, the lasting smell of exhaust fumes filling my lungs.

When we got home my brothers and I were told to go in the living room while the grownups discussed things in the kitchen. We opened the dandelion and burdock and ate the egg and tomato sandwiches in silence

The priest arrived about 6 o’clock that evening; he’d heard the news and came straight round when the school trip returned.  He was happy to make all the arrangements for the funeral but wanted to make sure he chose the right hymns. Hail Glorious Saint Patrick seemed appropriate as that was Joe’s second Christian name and of course, Faith of our Fathers.

As I lay in the bath that night looking at my Uncle Joe’s cigarettes on top the toilet cistern the tune whistled in my ears even when I lay back in the water to drown it out. 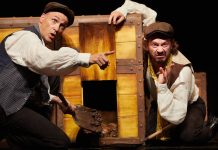