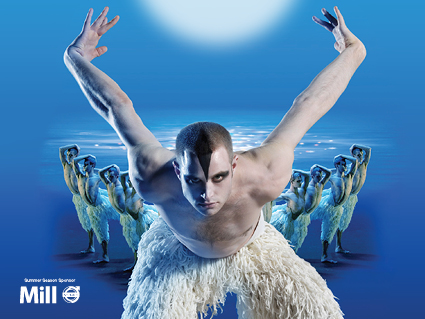 For the next two weeks Matthew Bourne’s Swan Lake takes it’s place once again at The Theatre Royal in Newcastle. It arrived in the city on April 8, preparing for the two week long run. It is proving popular as it continues to astonish the world with it’s fifth international tour. 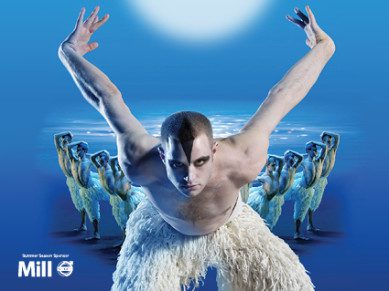 Taking the dance world to a whole new level, Matthew Bourne turns tradition upside down with his re-interpretation of Swan Lake. The routine blends humour and dance with amazing award winning designs by Lez Brotherston creating a Swan Lake production for our times.

Now as a modern day classic, this production is said to be best known for swapping the traditional female corps de ballet with male figures.

Chief executive for Broadway Entertainment Group, Liz Koops – who has produced Swan Lake globally for 8 years – said she was delighted to bring Matthew Bourne’s Swan Lake back for the fifth international tour and is very proud to have been a part of the production for so many years.

The performance from the Swan Lake remains to be fresh, vibrant and it is as relevant as it was from the very first performance.

Matthew Bourne’s Swan Lake has collected more that 30 international theatre awards including three Tony Awards, it has been praised as a landmark achievement on the international stage since the London premier.

It has become the longest running ballet in Broadway and the West end and has enjoyed five successful tours in the UK and thrilled audiences all around the world.

The original Swan Lake was based on the story of Ondine – which was a German Myth. In order for Matthew Bourne to create the same type of scenarios Tchaikovsky did, he had to stay along the same lines. However he interpreted them a little differently but suited the story line of his own and made a tremendous job of keeping things sort of the same.

Don’t miss out on Matthew Bourne’s Swan Lake which will appear at Newcastle’s Theatre Royal until April 19.

Tickets are £15.00, for more information go to the Theatre Royal website.