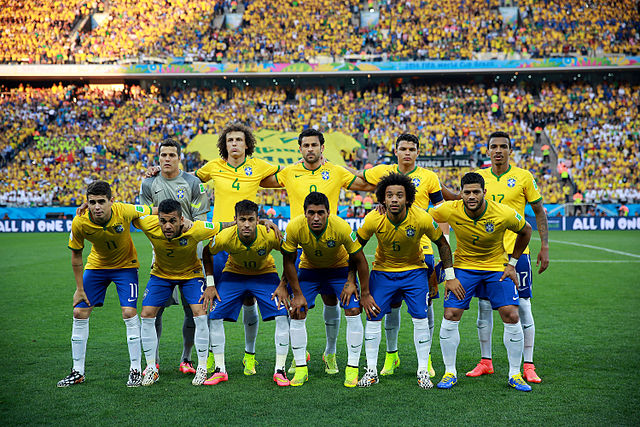 Germany beat Portugal convincingly by 4 goals to 0, Thomas Muller scored 3 of Germany’s goals with Mats Hummels getting the other goal. Germany started the brighter and Muller put them ahead from the spot when Mario Gotze was fouled by Joao Pereira, Hummels got Germany’s second heading in Ozils corner, Portugal defender Pepe was sent off for head butting Thomas Muller. Just before half time Muller got Germany’s third and in the second half he completed his hattrick.

Germany played very well and are serious contenders to win the world cup.

USA made the perfect start it only took them 38 seconds to open the scoring, captain Clint Dempsey riggled into the defence and slotted the ball into the bottom corner, Sunderland’s Jozy Altidore went off injured for USA in the first half with a hamstring injury, which could force him to miss the rest of the world cup. The second half Ghana got the equaliser the goal coming from Andre Ayew and the winner came in the 86th minute substitute John headed the winner from a corner.

This game was very poor there wasn’t many chances at all and that was due to the good defending from Iran, they parked the bus and put 10 men behind the ball which really frustrated Nigeria and the closest Nigeria came to scoring was from a Shola Ameobi header which was put wide. With Argentina beating Bosnia you feel if Nigeria had any chance of getting out of the group they needed to beat Iran.

Brazil weren’t at the races last night and didn’t play particularly well, Mexico made it hard for them they defended well and their keeper made some fantastic saves to keep the score to 0-0.

Algeria fans would have been disappointed not to come away from that game with nothing, they defended really well and took the lead from the spot from a lazy Vincent Kompany challenge. Belgium made a change at half time bringing on Marouane Fellaini and he made an instant impact heading Belgium level. Mertens got the winner, Algeria pushed for a winner and Belgium counter attacked and Eden Hazard put Mertens through on goal and he won the game for Belgium.

After a drab first half, Russian goalkeeper Igor Akinfeev let Lee Keun-ho’s shot to slip through his hands and into the net before substitute Aleksandr Kerzhakov hauled Russia level.

Akinfeev’s howler was reminiscent of Robert Green’s error for England against the USA in 2010, when Russian manager Fabio Capello was in charge of the England team.

My predictions for tonights games are :