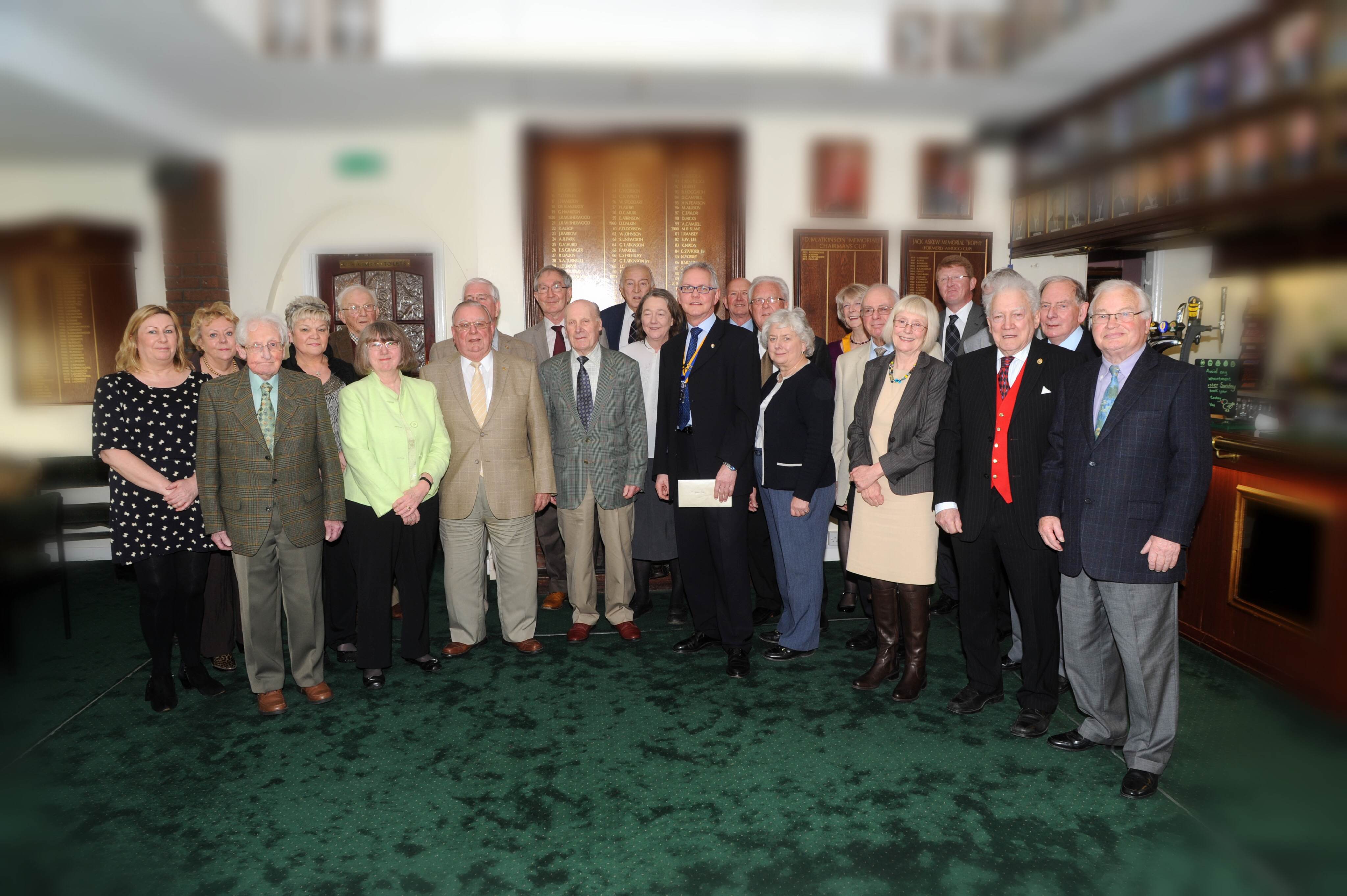 Harry Gardiner, who celebrated his 90th birthday on Monday April 7th 2014 is seen here at The Rotary Club of Consett’s 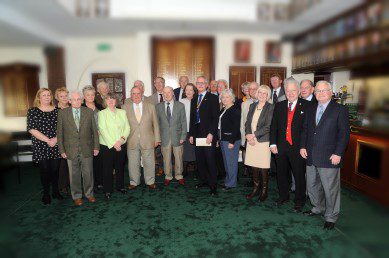 meeting on Tuesday April 8th where his fellow Rotarians gathered to share a meal with him and raise a glass to celebrate his 90 years.

Harry has been a member of The Rotary Club of Consett for 37 years and has supported his local community by fundraising and participating fully in all aspects of the club. He has been the official photographer for his Rotary Club, recording their many charity and fellowship events.

Harry developed his own business as a photographer in Consett and opened up his shop in Middle Street in 1964. He was extremely successful and photographed not only weddings, but christenings, first holy communions, family gatherings and birthdays.

He is well known as a professional, accomplished photographer and businessman who offered his expertise to the people of Consett for many years. He not only enjoys being a professional photographer but marvels at the beautiful landscapes in the area and spends many hours photographing these.

Harry is a qualified master photographer and during his forty years in the business he extended his services to commercial and industrial photography.

His photographs often appeared in the local Consett Guardian and he was a member of the Institute of Journalists.

Harry has recorded in his photography many scenes from the steel industry in Consett and he was there to photograph the last tap on the closure of the Steelworks in 1980.

Consett’s annual photography competition. He gives good advice and tips to members to help them improve their work.

Harry who was born in 1924 spent his early years as a child in Ravine Cottage in Thornthwaite near Keswick. When he left school at the age of 16, Britain was at war so he knew he would go into one of the services.

Harry wanted to fly but was aware he would have to wait until he was 18 before he could join the RAF. Alongside his day job, collecting laundry from the guest houses and hotels in the Lake District he volunteered as an Air Raid Warden at night. Reflecting on these times Harry said, ‘ So this was my life in those days, with nothing unusual or exciting happening until one day I met a girl. She was an evacuee from Newcastle upon Tyne and had fallen off her bike. Being the gallant young gentleman I was I went to offer my assistance. She assured me however that she needed no help from me but using my charm I managed to persuade her that I was a gentleman and we saw each other often after that, ‘At the age of 18 in 1942 Harry found himself in front of the selection board and was offered a place in the RAF. He began his training in the air while also learning Morse code and radio telephony.

Early in 1943 he was issued with a tropical kit and set sail to Port Said in Egypt and on to Cairo. A little later he was involved in active operations in Ein Shemar in Palestine where he flew a Wellington Bomber. During this time he was promoted to Flight Sergeant. Harry recalls his return flight, ‘ In 1945 I flew back to Cairo and then home to England in a de Havilland Dakota. I will always remember that journey, seeing the white cliffs of Dover but more particularly the green fields of England, Seeing those green fields was a fantastic sight. It had been a long time since I had seen a green landscape.’

Harry was sent to Ludlow in Shropshire where he received further promotion as temporary Pilot Officer but what gave him more joy was the arrival of a very special visitor.

Harry recalls, ‘Can you remember the girl who fell off her bike? During my time overseas I often wrote to her and in 1946 she came and spent a holiday with me in Ludlow. And the following year in 1947, Vera and I were married’

Harry very modestly talks of his time spent in the Second World War. He is now one of the last survivors of the bomber crews.

He said, ‘That was my war, I suppose I had a good war, doing what I did. There were certainly no heroics’

As with everything Harry understates his abilities, his talent, his professionalism and the work he has done over the years to support the Rotary Club and the wellbeing of the people of Consett. Happy Birthday Harry!

Harry and Vera now own Ravine cottage and visit it often.