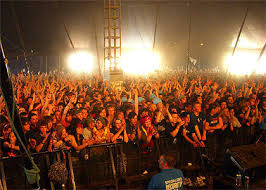 Are you a fan of Kings of Leon?

If you are then you’re in for a treat because they are coming to St James Park this month on Wednesday the 31st of may at 4pm, which is great for the North East entertainment scene.

Anyone under the age of 16 has to be with an adult.

Kings of leon are an American rock band, they were formed in Nashville Tennessee in 1999. The band is made of three brothers Anthony Caleb Followill, Ivan Nathan Followill and Michael Jared Followill, Cameron Mathew Followill is the cousin to all 3 brothers.

Anthony Caleb Followill was born January 14th 1982, Anthony’s role in the band is the lead singer and also plays rhythm guitar. Anthony likes to be called Caleb and that is what he is known as on stage.

Ivan Nathan Followill was born June 26th 1979, Ivan’s role is drums, percussion and backing vocals. Ivan likes to be known as Nathan and that is what he is known as on stage.

Michael Jared Followill was born November 20th 1986, Michaels role in the band was a bass guitarist and he was a backing vocalist. Michael likes to be known as Jared and that is what he is known as on stage.

Cameron Mathew Followill was born September 10th 1984, Camerons role in the band is a lead guitarist and he’s also a backing vocalist. Cameron likes to be known as Mathew and that is what he is known as on stage.

Kings of Leon have had some great songs for example Sex on Fire and Use Somebody, they are very popular and well known songs that the band are famous and known for singing.

Are you a fan of One Direction?

If you are then you’re in for a treat because they are bring north east entertainment to a whole new level, by coming to the Stadium of Light in Sunderland on Wednesday the 28th of May at 5pm.

One Direction have had some songs out that have been very popular for example What Makes You Beautiful and Little Things.