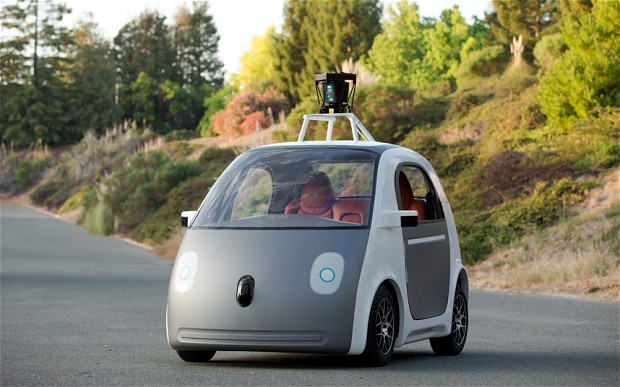 Google’s driverless car has reached the next step, a prototype with limited functionality.

Google have released a video showcasing the progress they have made with their driverless car technology. A series of 100 prototypes are being produced which have been designed and constructed specifically to suit the needs of Google’s driverless car project – the model shown in the video has very limited controls; stop, go, and emergency stop – the rest of the 100 prototypes will reportedly have additional controls in case of emergencies.

According to tests conducted by Google it is safer to remove any human controls from a potential driverless vehicle due to the unpredictability of a human suddenly taking over, however, these early prototypes will be fitted with additional controls so that one of Google’s qualified test drivers can take over if necessary. The current model is limited to 25mph (40 km/h) until more testing has been completed and the safety of participants is more stable, in the future it should be possible for driverless cars to travel at much higher speeds whilst remaining safer than a human-controlled vehicle going at the same speed.

In contrast to previous prototypes of Google’s driverless car, this model has been designed and manufactured specifically with this project in mind, whereas in the past existing vehicles were outfitted with advanced sensors, cameras, and lasers to assist with its movement. This prototype uses similar technology but has already been configured and established with the size and movement of the vehicle – a step forward in the driverless technology industry.

The team working on the driverless car project announced in August 2012 that they had completed over 300,000 miles using driverless technology, remaining completely accident free. There is little doubt that once established any driverless technology would be significantly more safe and secure than traditional transportation, however as long as human-controlled vehicles are on the roads this will be impossible due to human error.

You can read more about the driverless car project on Google’s blog, here.