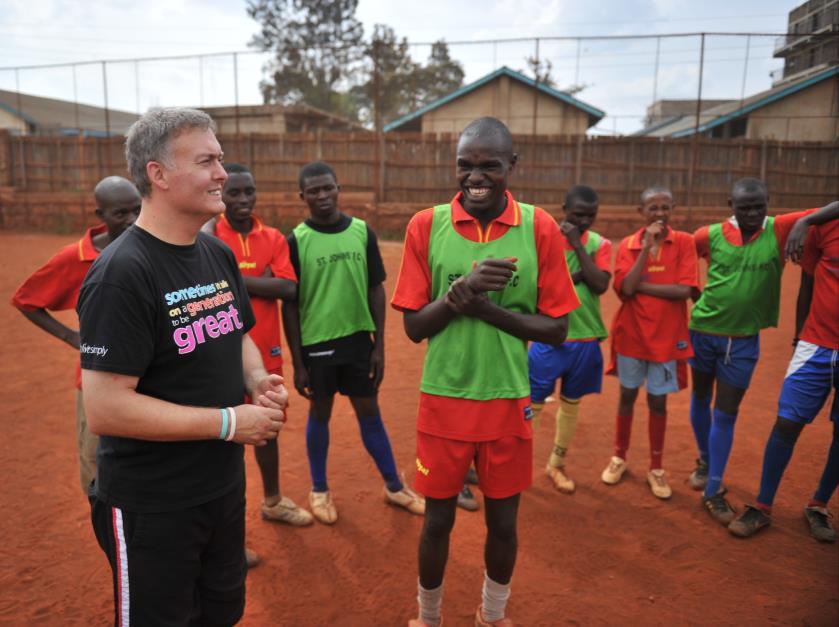 The historic Blaydon Race is run every year on June 9, with runners setting off, as the song goes, from Balmbra’s in the Bigg Market. 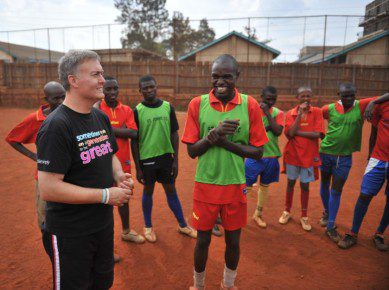 Then they’re “gannin alang the Scotwood Road past Armstrong’s factory and up to the Robin Adair” finishing in the newly refurbished Blaydon town centre.

3,999 pairs of trainers will pound the streets but for one runner the shoes will come off at the start line. What possesses someone to run almost six miles across pot-holed tarmac, shattered concrete and sharp gravel? John McBride (aka The Barefoot Runner) explains, “I was asked to visit CAFOD supported projects in Kenya with the Catholic Agency for Overseas Development (CAFOD) in June 2012. While there, I took my Olympic Torch and presented it to the people of St. John’s Sports Society in the Korogocho slum. Many of the children I met have parents who are so poor that they couldn’t afford to buy their children shoes. It wasn’t that they didn’t work, many travelled to service the hotels in their nation’s capital. Others set up micro businesses, some scavenge for metal and plastic from the vast, stinking Dandora dump that borders the slum. Dirty, dangerous and demeaning work, the injustice that some people are forced to live like this hurts me personally.”

Running barefoot isn’t easy, John doesn’t train without shoes, this is a turn up, shoes off and start running event. For about the first mile it’s really painful, then a numbness sets in, punctuated by the odd shock of a sharp stone here and there. “One of CAFOD’s values is that we are in solidarity with people in poverty. This means standing with them, celebrating their victories but also feeling their pain. For an hour, I’ll feel the pain of the people I met in Korogocho slum” he explains.

By about 8.15pm John will have finished the race in Blaydon, hopefully not at “Doctor Gibb’s dispensary” but feeling that he has focused attention on some of the world’s poorest people.

To make a donation to CAFOD, please go to www.justgiving.com/barefootrunner

This article was submitted by John McBride. If you want to see your story on Consettmagazine.com then send us an email.