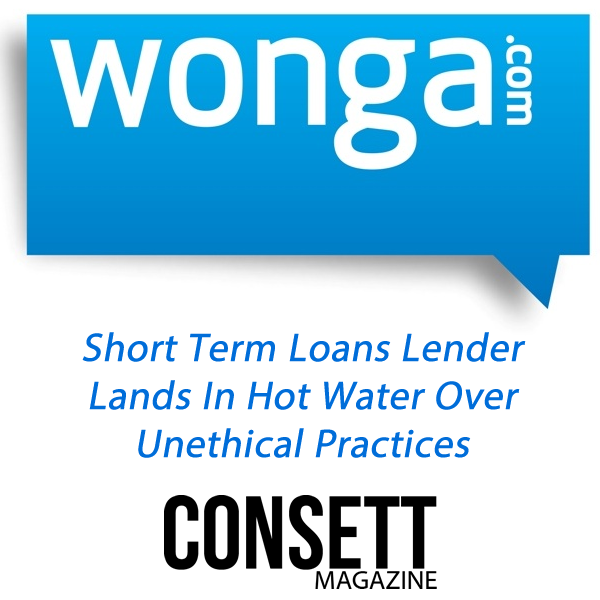 The short term loans lender Wonga has landed themselves in hot water recently over unethical practice concerning the collection of debts owed to the company.

By creating fake debt collector and solicitor letters and sending them to people with outstanding payments, the payday lender was unlawfully 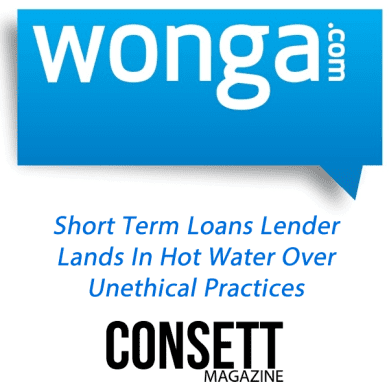 putting pressure on their clients to pay. This has been met with some controversy as the Financial Conduct Authority (FCA) have decided to fine the company £2.8 million for their “unfair and misleading” conduct.

Since 2007, Wonga have been one of the leaders in the short term loans market with a presence in the UK, Canada, South Africa and Poland giving out short term, high cost finance. Over the past 7 years, Wonga have grown in size developing mobile applications for quick and easy loans even sponsoring a number of sports teams including Blackpool F.C alongside our very own Newcastle United. This has brought criticism from a number of groups including the Church of England.

Over 45,000 people around the UK have received debt collection letters from the short term loans lender’s fictional law firms with company names created from the names of former and current staff members. One issue with this punishment is that it only applies from April of 2014 due to the FCA taking over from the now obsolete Office of Fair Trading (OFT). This means any transgressions before this point by the short term loan lender are unable to be accounted for.

This is not the first time Wonga have landed themselves in hot water over their debt collection practices with the OTF launching investigations into the company as far back as 2011. This is a long string of problems which have been incurred by the short term loans lender which include company founder Errol Damelin quitting as director of the company only seven months after stepping down his role as chief executive.

Short term loan lenders have been heavily criticised by numerous groups for their misleading promotions and exuberant APR charges on their loans. Whilst many use their services with moderation and consideration, a number of people have fallen victims to the negative cycle of lending becoming trapped in a downward spiral of debt.

As of mid July, customers of Wonga should receive their compensation for the atrocious practices of the pay day lender.

How many Empty Homes are in the North East?