Today in Middle Street Consett, CBBC’s most popular drama series is filming scenes for their

upcoming series. Based on the Tracy Beaker books by Jaqueline Wilson, The Dumping Ground has become one of the most popular children’s television shows in the UK. The BAFTA award winning series is one of the CBBC’s flagship shows with filming based mainly right here in the North East of England. The Dumping Ground cast and crew are out in force filming their latest series using Consett’s very own market as a backdrop for a number of scenes.

This filming has created a great buzz in Middle Street as The Dumping Ground cast and crew busily transformed the market into a film set for the day. Not a regular occurrence in Consett, the CBBC drama is based in the old Hookergate school in High Spen since it’s closure a number of years ago. It’s great to see a big series such as The Dumping Ground using the North East as a base of operations, highlighting the local area in the process. The Dumping Ground cast and crew originally tried to film during last September but the typical Consett weather delayed the filming.

The Dumping Ground is based off the best selling Tracy Beaker series by Jaqueline Wilson focusing on the antics and relationships of a group of children and care workers who live in a residential care home. The series is popular with a wide range of age groups and attempts to tackle a number of hard subjects in a light that is applicable to younger children in the UK. The Dumping Ground cast may be young, but this doesn’t detract from the message which is portrayed in the show.

Hopefully this time the weather holds out for the cast and crew giving them a chance to utilise all Consett has to offer. We here at Consett Magazine wish them all the best during their filming today. 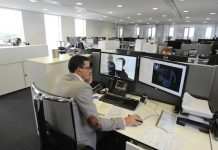