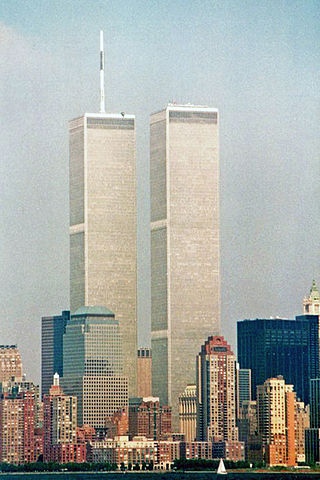 The Collapse of Building Seven

Building seven was a 47-storey tower, which collapsed just seven hours after the twin towers, however this building was not hit by a plane. How exactly did this tower collapse?

The investigators of the National Institute of Standard and Technology, located near Washington DC, said fires on several floors caused the collapse of building seven. This would make it the first and only steel skyscraper in the world to collapse because of a fire. Conspiracy theorists argue that the tower was brought down in a controlled demolition.

normal building fires that were growing and spreading throughout the multiple floors that have caused the ultimate collapse of the buildings”.

However, a group of architects, engineers and scientists say the official explanation that fires caused the collapse of building seven is impossible. Architects and engineers for 9/11 Truth argue that there must have been a controlled demolition. Founder of the group, Richard Gage says it’s an obvious example of a controlled demolition using explosives. “Building Seven is the smoking gun of 9/11. A sixth grader can look at this building falling at virtually free-fall speed, symmetrically and smoothly, and see that it is not a natural process. Buildings that fall in natural processes fall to the path of least resistance. They don’t go straight down through themselves”.

Investigators have made four extremely complex computer models worked out to the finest detail to figure out the mystery of the collapse of building seven, as there is no steel to study. They believe the fires burnt long enough to weaken and break the connections that held the steel structure together.

The collapse of building seven is said to be caused by uncontrollable fires. What are your views? Comment below.