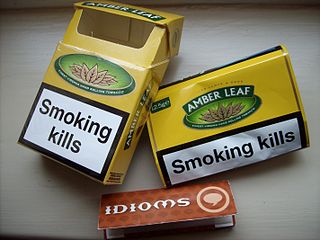 As we all know, cigarettes naturally shorten smokers lives. However a new study from researchers at Washington University School of Medicine in St Louis has shown that smoking increases the risk of suicide. It tells us that smoking is more likely to trigger psychiatric disorders in people, and as a result increases the chance of those taking their own lives.

The researchers looked at data from 1990 to 2004 and analysed every US state, their approaches to taxing cigarettes, and how they limited when and where people could smoke, to see if this had any impact on suicide rates. They found suicide rates declined by up to 15 per cent compared to the national average. The states that had lower taxation on cigarettes and more relaxed laws on smoking in public were found to have suicide rates of almost 6 per cent higher than the national average, which is 14 suicides for every 100, 000 people.

A professor in psychiatry and leader of the study Richard A Grucza said the findings show clear correlation between smoking and the increased risk of mental health problems and suicide. According to the professor, for every

dollar increase in cigarette taxes there’s a ten per cent decrease in suicide risk, proving that smoking increases the risk of suicide.

Grucza said, “We don’t know exactly how smoking influences suicide risk. It could be that it affects depression or increases addiction to other substances. We don’t know how smoking exerts these effects, but the numbers show it clearly does something”

It has previously been said that smokers are more likely to take their own lives because those with psychiatric disorders are more likely to be smokers. However it is now believed that cigarettes are the cause of psychiatric disorders, therefore could be said that smoking increases the risk of suicide. Grucza believes nicotine could be a factor in this. “Nicotine is a plausible candidate for explaining the link between smoking and suicide risk. Like any other addicting drug, people start using nicotine to feel good, but eventually need it to feel normal. And as with other drugs, that chronic use can contribute to depression or anxiety, and that could help to explain the link to suicide”.

Do you believe smoking increases the risk of suicide? Comment with your views.