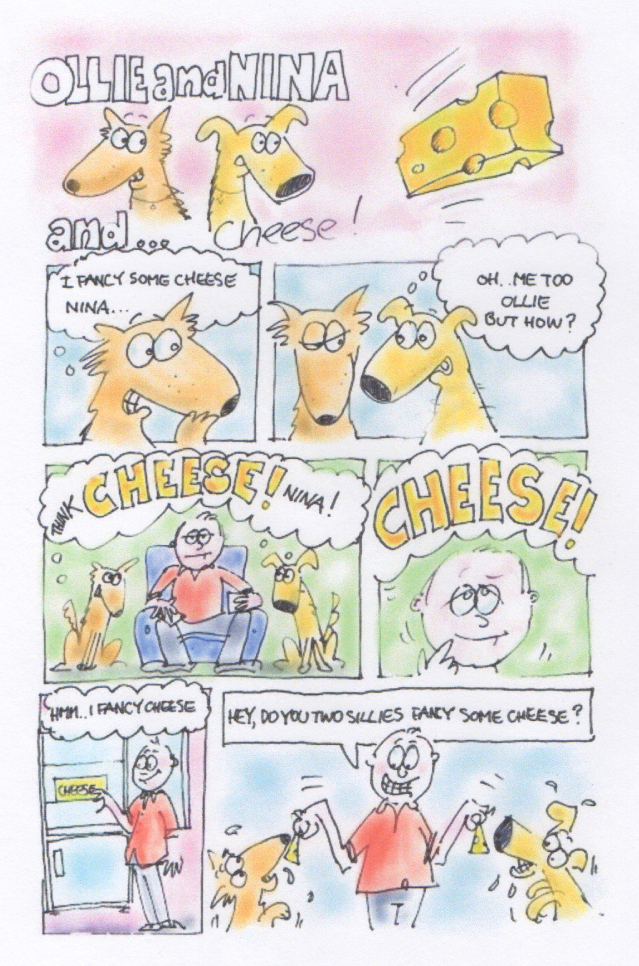 Ollie sits in front of me like a little statue. He stares hard at me, he’s psyching me out. Okay, so now he has my attention. He begins his dancing eyebrows routine. With out moving his head, his eyes dart to one side towards the ham and his eyebrows shoot skywards. Then his eyes flash back to me and his eyebrows fall back to earth. He might repeat this little exercise six or seven times until I get the message. ‘Look Dad, there’s some left over ham over there that’s in danger of being….. left over’. Who does he think he is, Skippy! I glance over to the ham. Nina is standing rigid, just staring at it. This is clever, a scam to win the ham. Of course I give in and play their little game. ‘What’s that you say Ollie, some poor little slices of ham need rescuing?’ Nina is still standing guard when the rescue team arrives. Mission accomplished, I dangle the well-earned slices of ham into their open mouths. Everyone’s a winner.

They think they are so clever our Ollie and our Nina. Don’t they know that I know exactly what they are up to? As I write this, they are sitting in front of me like good little doggies just staring long and hard at me, Hmmm?

I think I fancy some cheese.

Book Review: ‘Ollie and Nina and… their daft doggie doings’

Ollie and Nina and Travel – By Neil Sullivan