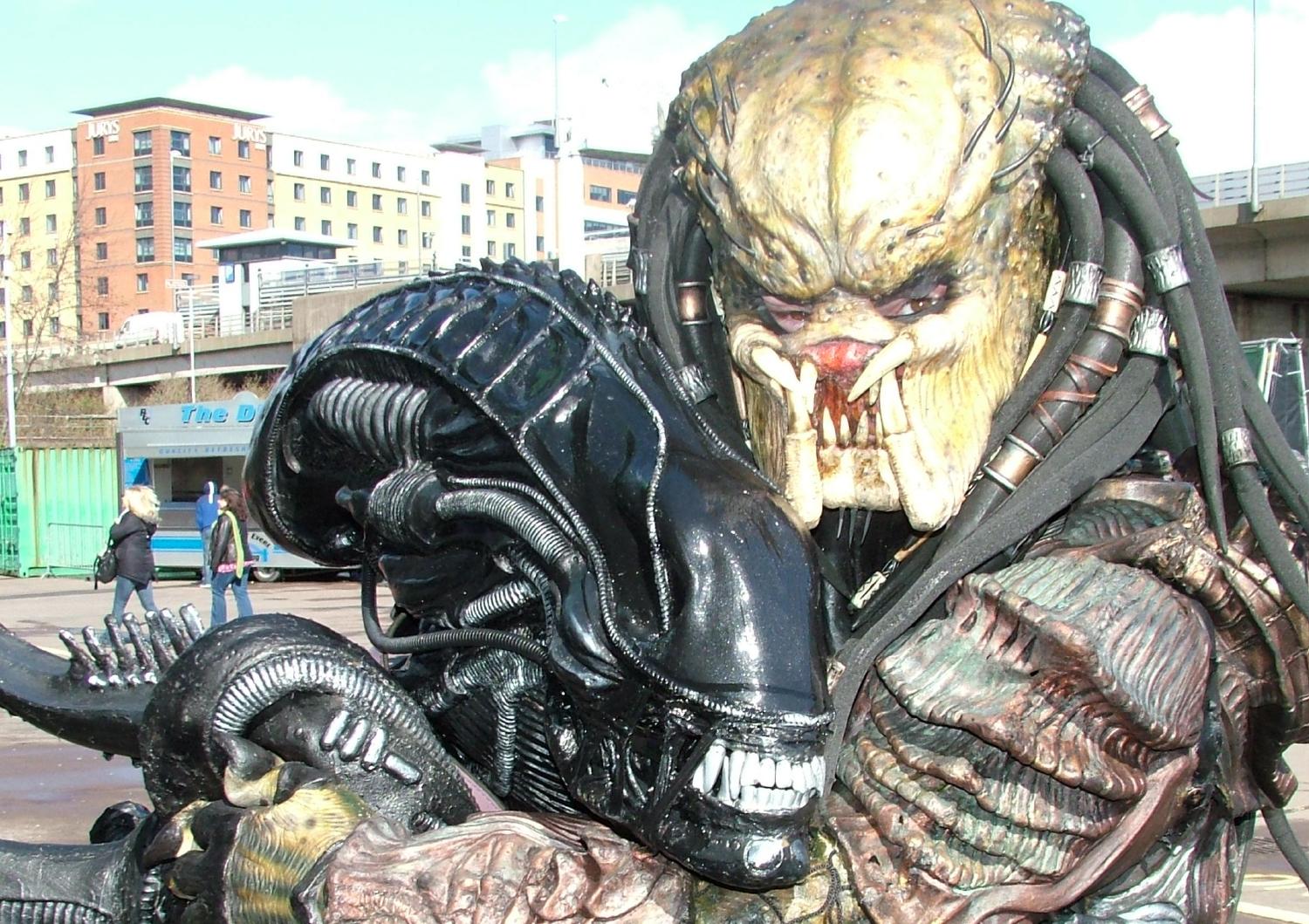 The event, which was larger than last years, also rolled out an impressive VIP guest list that included the Green Cross Code Man and Darth Vader- Dave Prowse, Kristanna Loken from Terminator 3, James Cosmo from Game of Thrones and James Marsters from Buffy and a host of other popular US television shows and films.

There were also a host of familiar and non-familiar faces from the world of TV and films, comics and wrestilng who were present for autographs and to have photographs taken with.

Amongst the myriad of exhibitors there were specialist collectables, fantasy props and clothing, dealers is design and art and the ususal autograph collection and film memorabilia sellers. One such artist, Scott Robinson along with his wife, Carly (Dressed as Batman foe, Harlequin), was proving to be a popular hit amongst artwork collectors with his display of self produced pieces of iconic film art.

One of the increasing growing trends at conventions, especially in America where it has become a massive industry in itself, is that of the Cosplay enthusiast. And the Newcastle event witnessed the attendance of a couple of thousand of these costumed fans in attendance and there were even scheduled events and talks scheduled over the two day show.

The majority of the cosplay attendees were heavily influenced by characters that appear in Japanese Manga and other related comic and film creations. And there were some amazingly designed and creative outfits influenced by the modern interpretations of the likes of Batman, Superman, Guardians of the Galaxy, Captain America and Iron Man. To name but a few.

Of course, no convention in complete without an appearance by the incredible popular 99th Garrison. A group of charity fundraising Star Wars costumed fans who appear in, mainly, Imperial costumes ranging from the iconic Darth Vader and Boba Fett, to other characters such as Stormtroopers, Tusken Raiders (Sandpeople), bounty hunters, Luke Skywalker’s wife-Mara Jade and even the odd Jedi Master.

Across the two day event (28th-29th March), visitors were treated to live shows, talks, specialised discussions, celebrity photoshoots and autograph signing, and all of the other attractions associated with the convention circuit.

Overall, this was another successful event for the Showmasters team behind it and the sponsors who included the official Showmaster’s fundraising campaign for the Michael J Fox Foundation for Parkinsons Disease, “Up To ’88 !”. And one, hopefully, that will contiune for years to come.