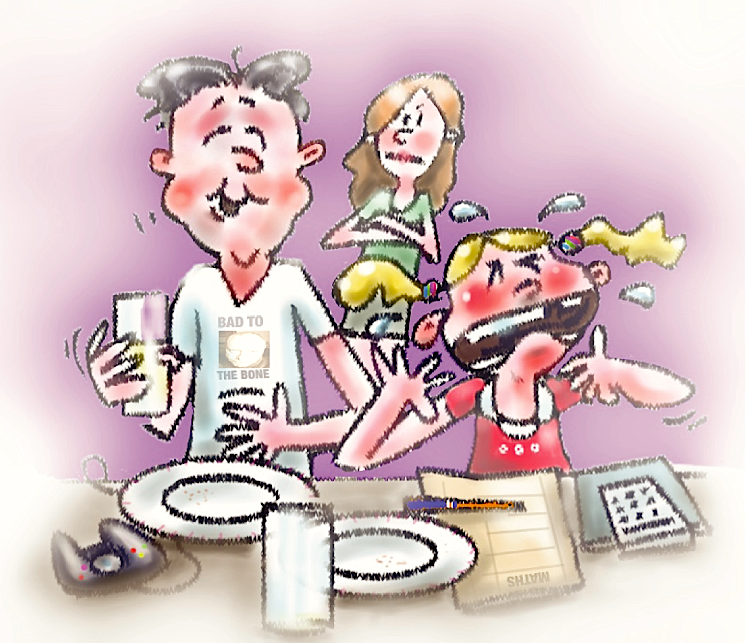 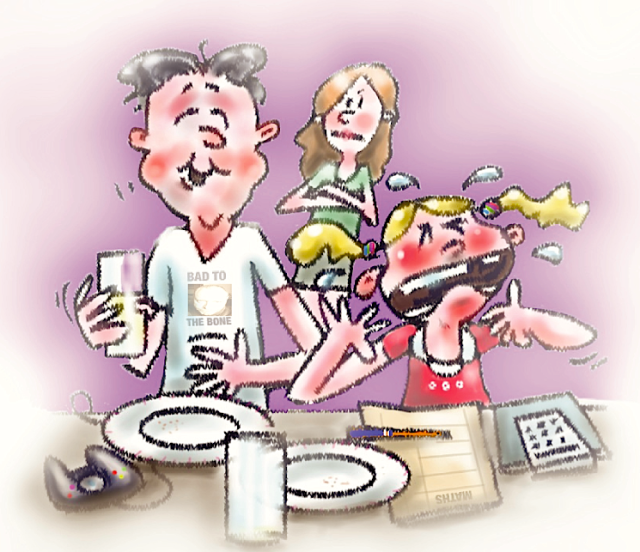 Danny was getting away with it till Mum entered the room. “You, tear yourself away from that blinking game and do something useful” barks Danny’s Mum. “Like what?” Says Danny.

Mum heads for the kitchen table where little Kate is sitting amongst her schoolbooks. In sarcastic tones, Mum introduces Danny to his little sister as if she was a perfect stranger to him. “This is Kate, your little sister, she is eight years old and lives in this house with us, not that you’d notice. Perhaps you could help her with her maths homework?”

“Oh, so that’s who she is and that’s what she is doing, I did wonder.” Danny replies. Mum places two glasses of milk and two plates with two chocolate biscuits each on the kitchen table for Danny and Kate. That seemed to do the trick for Danny, in zero seconds flat he’s at the table and eager to help. Mum leaves Danny and Kate to it.

Danny sets about his task “Hello, my names Danny, I’m your new maths teacher.” Kate rolls her eyes and looks like she could easily do without maths homework and could certainly do without Danny’s help, but could well do with a glass of milk and a couple of chocolate biscuits, oh yes!

Now then, it would seem by the look on Danny’s face that he has a devious plan. Danny considers the milk and chocolate biscuits on the table. He ponders and muses over them like they were a mathematical problem to be solved. Then ‘eureka!’ He has the answer.

Danny decides to give his little sis a lesson in the rudiments of mathematics and you know what, there’s no reason why maths shouldn’t be fun, Well fun for Danny at least.

Danny gives his little sister a sympathetic look and continues the lesson “I know, I know, it hardly seems fair.” Kate’s bottom lip starts to quiver. Danny, showing true dedication to his new teaching vocation presses on with the lesson. “So, if I were to eat all four of my chocky bickies, like this for instance.”

Danny turns the theory of mathematics into a practical lesson by devouring all four chocolate biscuits and then washes them down with his glass of milk. “That would leave us both with zero chocky bickies. And that, my little sis, would mean we are what’s known in mathematical terminology as equal.”

Kate’s bottom lip is no longer quivering, because her whole mouth is stretched wide open as she bawls her poor wee heart out.

Mum bursts back into the room. “What have you done now Danny?” Mum scowls at Danny while she comforting poor crying Kate.

Danny throws his hands in the air in a gesture of exasperated innocence. “Aah, it’s a very very tough subject is mathematics.” Danny toasts Kate, with her glass of milk. “Cheers!”