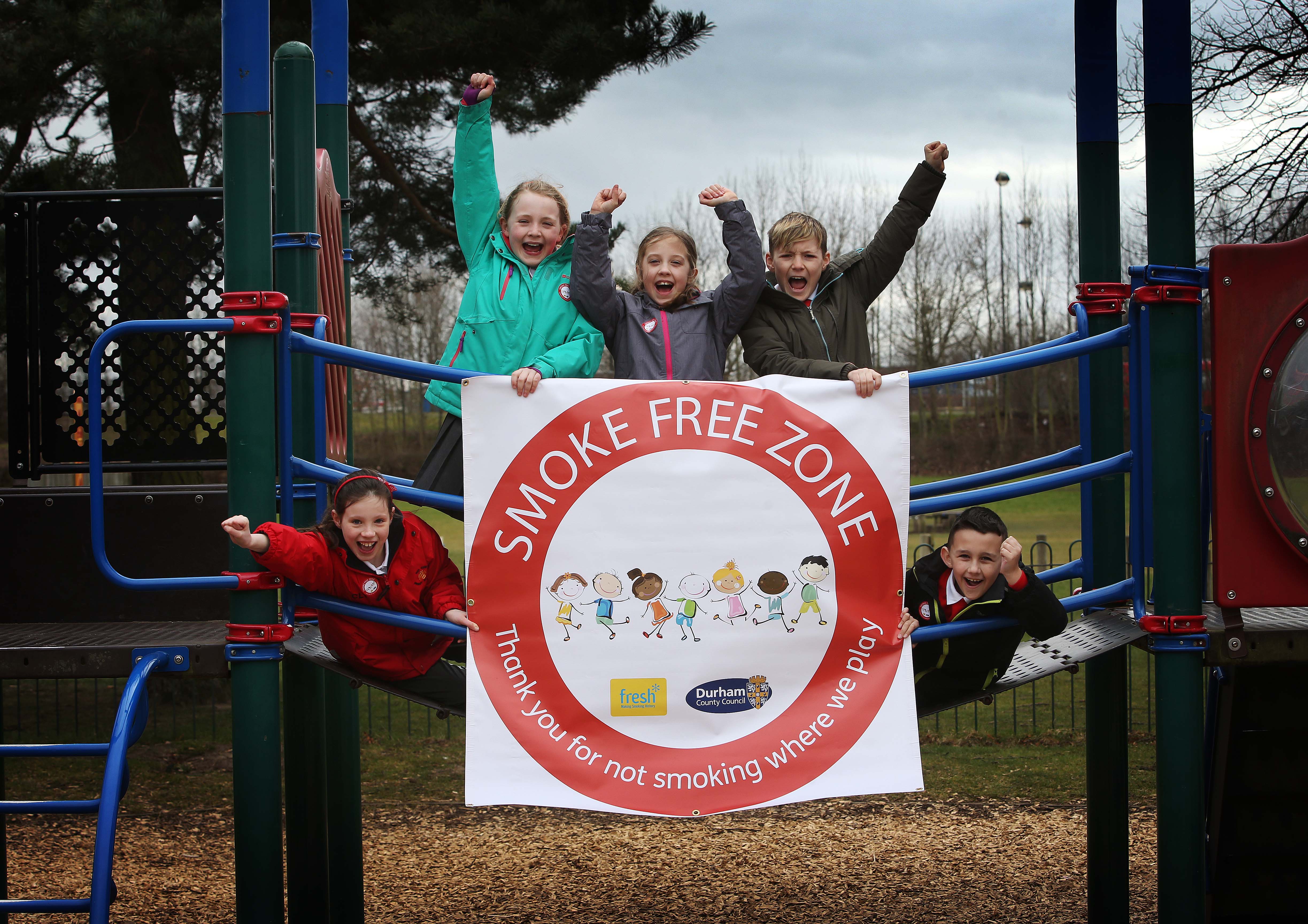 Visitors to a County Durham park are asked not to smoke when in or near the children’s play area from early March 2015. 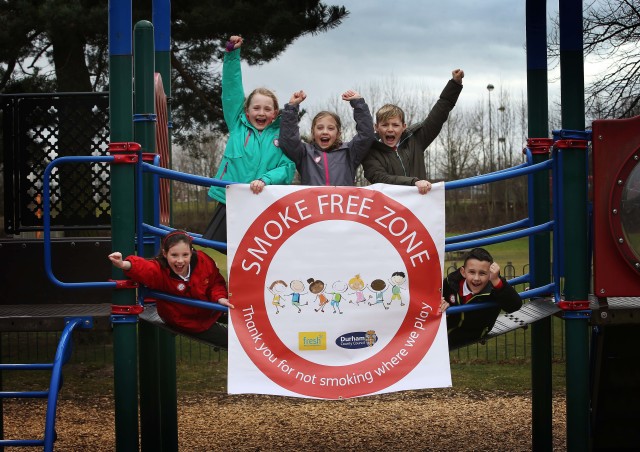 The outdoor play area at Riverside Park, in Chester-le-Street, is the first of 178 owned by Durham County Council to become a smoke-free zone.

The authority is introducing the voluntary no-smoking code as part of its work as a member of the Smoke free County Durham Tobacco Control Alliance to reduce the harm caused by tobacco.

Signs will be placed in and around each play area asking adults to abide by the code.

Evidence suggests that by reducing children’s exposure to smoking and making it less socially acceptable, children are less likely to take up the habit themselves.

Almost 500 people took part in a public consultation on the initiative last year, with 81 per cent saying they strongly agreed with the idea of smoke free play areas.

Cllr Lucy Hovvels, Durham County Council’s Cabinet member for safer and healthier communities, said: “One of our key priorities is preventing children from becoming smokers and forming a habit that could ultimately kill them. “Children are most at risk of becoming smokers if they grow up in communities where smoking is the norm. Making our play areas smoke free is one way of reducing the opportunities for children to see adults smoking around them.

“Although the code is voluntary, the consultation showed significant support for a ban on smoking at outdoor play areas so we hope the public will support it and help to protect the health of our children.”

Smoke free play areas are among a range of measures being promoted by the County Durham Tobacco Control Alliance in an effort to protect children from smoke-related harm.

The voluntary smoke free code covers areas which are fenced off and which contain children’s play equipment. It does not cover general parks and open spaces.