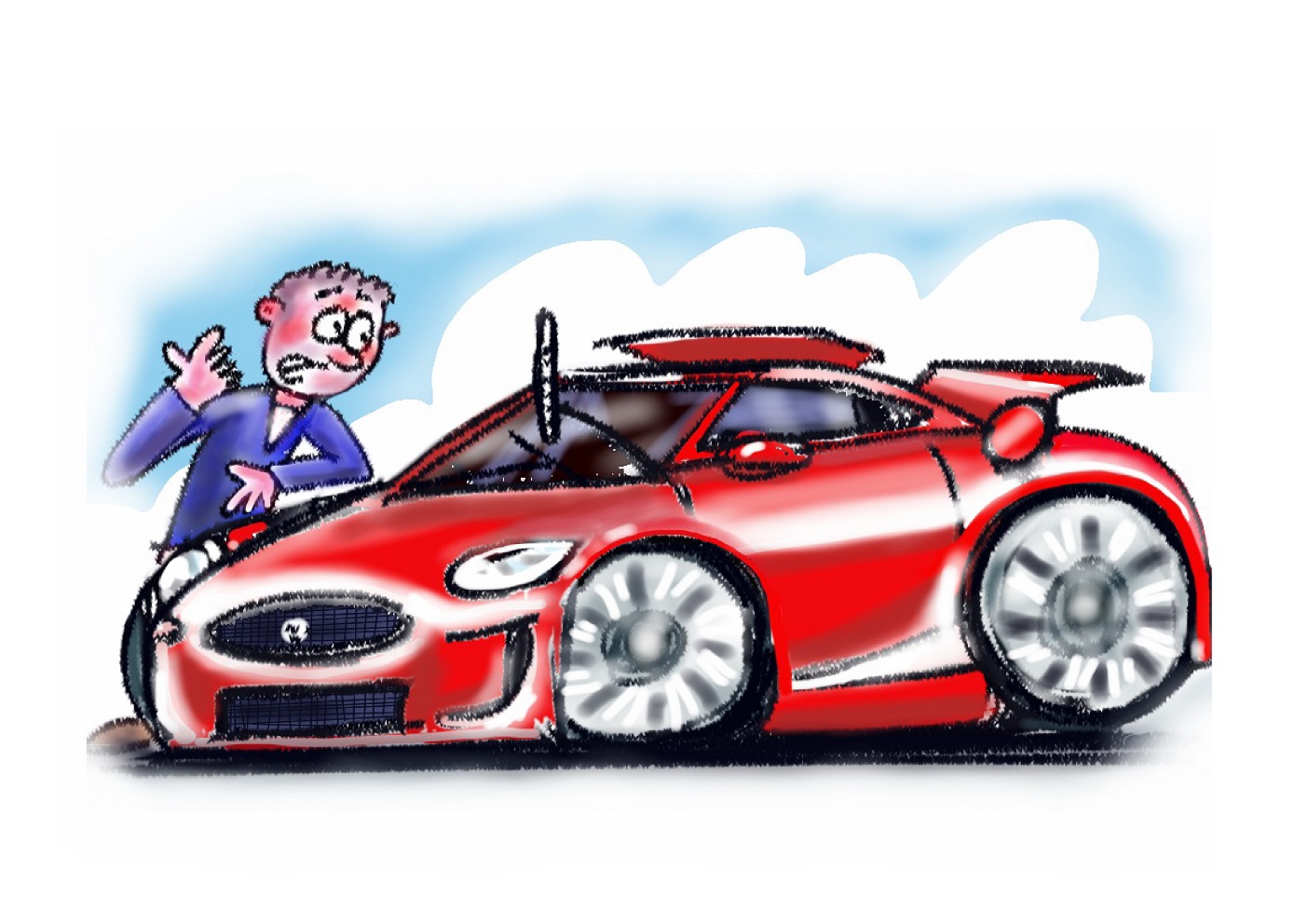 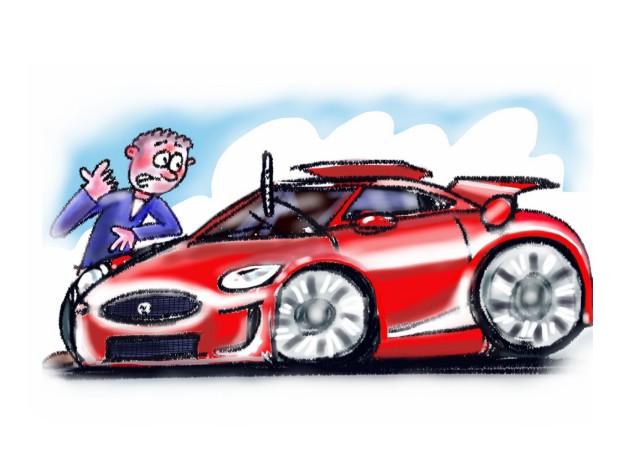 “The Jaguar XK sir: You’ll not find a more quintessentially English automobile”. The slick salesman’s English accent is as smooth as the paintwork on the stupendous cherry red Jaguar that’s squatting sleek and low on the dealership forecourt.

“Aye, she looks champion leyk, av alus wanted a Jag me.” Says Jack. Jack is a canny lad: a Geordie lad, a thickset bloke of about 50 years who couldn’t look elegant even sat behind the wheel of a stupendous cherry red quintessentially English Jaguar.

As Jack eases himself into the Jag looking and feeling like he really doesn’t belong, the salesman spouts forth techno-info regarding the Jaguars superiority over other lesser automobiles. “And I do believe sir will enjoy Jaguars latest feature: voice activation sir”. Jack is puzzled by this new feature, “Eh?” says Jack. “The Jaguar sir, just instruct her sir and she will oblige: mirrors, radio, seats, windows, heating that sort of thing”. “Ahh, reyt! Gotya man, a na what y mean now!” and before the salesman could offer more Jag-jargon, Jack slams the lovely, weighty, perfectly balanced Jag door shut. “Oooh, that new-car smell, champion leyk”!

In the quintessentially English countryside, in the quintessentially English automobile, we find Jack, bombing along like a good-un. “Reyt” says Jack, “Voice acti-blinking-vation is it, let’s give it a gan”. Jack clears his throat: “Er,… windas erpen bonny lass”. That’s not what happens though, the radio comes on instead (classical FM of course). “What the! Radio off”. The wing mirrors tilt down for a fine view of the tarmac. “Ah, haway man pet, mirras up!” Jack raises his voice for clarity but the Jaguar simply doesn’t understand, you see, Lady Jaguar doesn’t speak Geordie so maybe that’s why the drivers seat tilted back to a nearly horizontal angle. “Oh heck man”, Jack’s getting in a bit of a flap now, “seat up, a mean forwad, a mean,…seat normal”!!!. Jack looks flustered and flushed, maybe that’s because the Jaguar has turned her heated seats on to Max. In an effort to cool down a little, Jack screams at the Jag. “Erpen the sunroof or al nack ya”! The sunroof stays shut but the boot lid pops open. “Who asked ya to erpen the boot”? Now Jack has the rear view mirror by the scruff of its neck. “Dee as a tell ya man”! Now, Jaguars built in phone system peep peeps and there’s a pizza delivery guy on line ready to take Jacks order.

It’s not long before Jack has every function of the quintessentially English Jaguar sliding, popping, blasting, swishing, buzzing, flashing, opening and closing. Coco The Clown, eat your heart out!

Now back at the dealership forecourt, the quintessentially English salesman awaits the return of the Jag. Would the Geordie lad be suitably impressed with Jaguars superior style and elegance? He thinks to himself?

Well, he is just about to find out because weaving out of control down the road appears the quintessentially English automobile, the stupendous cherry red Jaguar XK kangarood onto the dealership forecourt. Lights flashing, horn hooting, petrol cap flapping and boot lid banging open and shut. The windows are at various degrees of open and closed-ness, the radio is blaring something quintessentially English by Elgar at 100 decibels and there’s an irate Geordie bloke with a purple head screaming all kinds of obscenities and un decipherable Geordie-isms at his ride.

The purple Geordie lad gets out of the misbehaving Jag, slams her door, just about taking it off its hinges as he does so and with fists clenched and eyes popping he screams at the Jaguar, spraying it with rabid spluttered saliva. “You,… y, rotten.. stinkin’, mingin’, heap o scrap! A herp y get run owa by a geet big steam rerlla”.

All of a sudden the renegade car reverts back to her pristine, stupendous cherry red Jaguar-ness. Windows closed, boot lid shut, lights passive and everything just as you’d expect from a Jaguar.

Jack shoves his face right up to the windscreen of the Jag. “Ah clever clogs eh!”. There’s a pause while the Geordie lad seethes and the Jaguar settles, then with perfect aim and timing Lady Jaguar squirts Jack right in the eye from one of her windscreen washer jets and thus she has the last word on the matter.

It would appear Jaguar’s quintessentially English automobile does speak Geordie after all.

A Big thanks to Neil Sullivan for providing these fantastic articles.