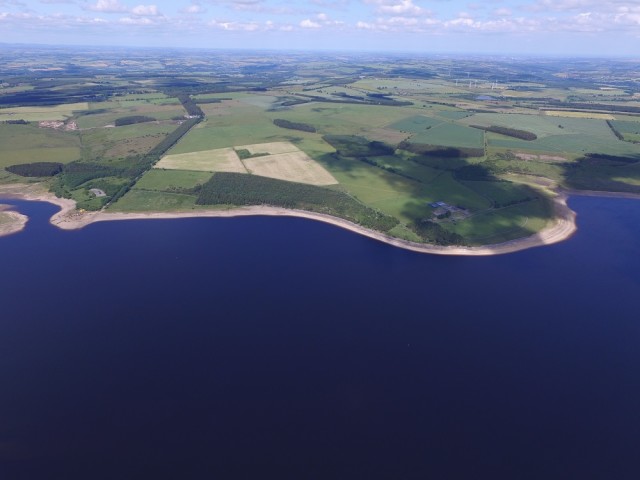 ‘Tell us about yourself and DroneFlya’

Chris Dodds, I’m 27 years old, originally from Burnopfield, but lived in Dipton for the last 7 years! During the day (and night) I work as a Generator Engineer for Generator Power, restoring lost power supplies to homes during power cuts, as well as this, I carry out maintenance on the generators in both electro and mechanical disciplines. In my spare time I enjoy restoring military vehicles, and of course, the odd pint at the Plough. DroneFlya is merely the name of my YouTube page. It came about as when I was flying the drone I constantly had people asking how to find my YouTube page, and hence I created the name DroneFlya for it. 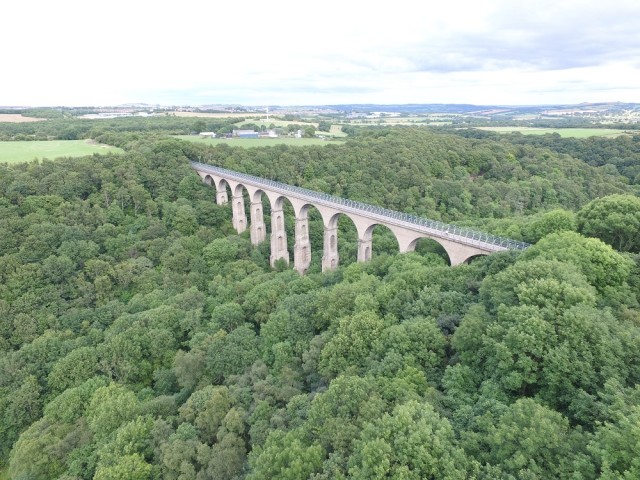 ‘How did You get into flying drones?’

I’ve always had an interest in anything that flys! As a kid I flew RC planes for quite some time. Over the last few years and with the advancement of technology, drones have become far more affordable, to the point they are available off the shelf. I was so impressed with what was on the market I knew I had to take the plunge into the world of quad copters and with that said I made the purchase! 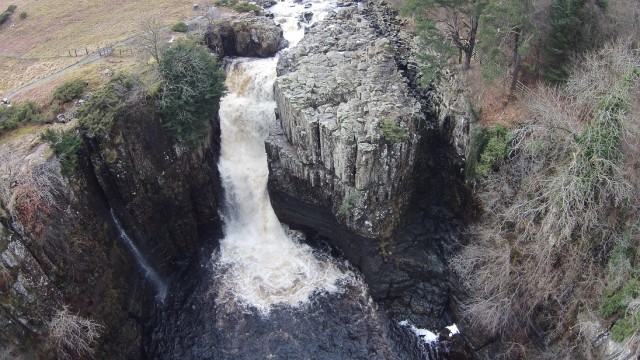 ‘What areas of Consett have you filmed?’

So far I have filmed the Derwent Reservoir, Hownsgill Bridge, Hownsgill Caves, and Moorside School. Although Moorside School may seem somewhat unorthodox compared to the other locations, there was good reason for filming it. The school is due for demolition anytime soon and a few folk from the Consett Heritage facebook page asked me to fly the grounds as it obviously held a lot of memories for them (some good, some not so good). Clearly its beauty can not be compared to that of say the Hownsgill Bridge, or the Reservoir, but the response it got was quite phenomenal. The comments below had hundreds of people reminiscing about their time there, and everyone had a story to tell! Such a simple video had so many people talking to one and other about their time spent at Moorside, and for me, that’s what it’s all about! 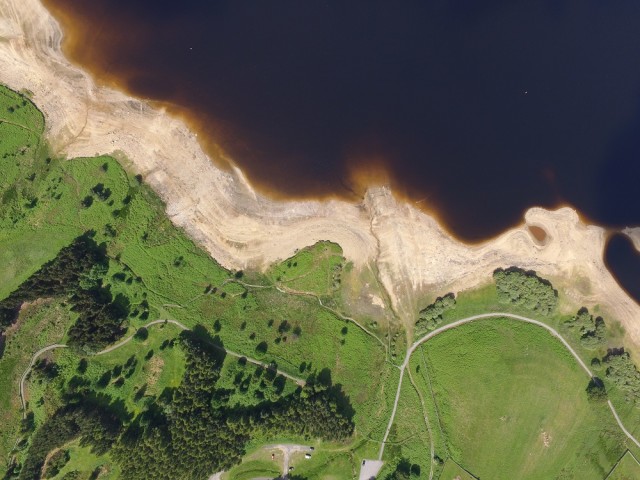 ‘What are your plans for the future / where would you like to film next?’

My plans for the future are to continue filming in and around Derwentside. I’ve been inundated with requests to film Blackfyne School so im trying to make that priority for the locals, hopefully that too will bring back memories for those that attended many years ago.Killhope Lead Mine is also high on the agenda, I’m sure anywhere in Derwentside I film will be met with positivity as its giving a whole new perspective of the area which people seem to love.

‘How long does it take to learn to fly a quadcoptor?’

Flying a quadcopter can be a tricky and dangerous operation. It’s hard to put a timescale to it as everyone is different. As I mentioned previously, id flown RC planes as a kid, so I guess I was half way there, a few hours of practice ‘down the fields’ and I dare say I was of a reasonable standard. To take a quadcopter from the box having never flown before id imagine would result in imminent disaster! Mastering the quad is only one part of the equation, there are so many things to think about, such as surrounding areas, wildlife, weather conditions, battery levels, and on top of all that, flying the quad in the correct manor to capture the video you want! Thankfully though, technology is always helping them become safer and easier to fly. Although im no professional I would be happy to help anyone learn the basics, they can find me on Facebook or Youtube if they’d like any help or advice. 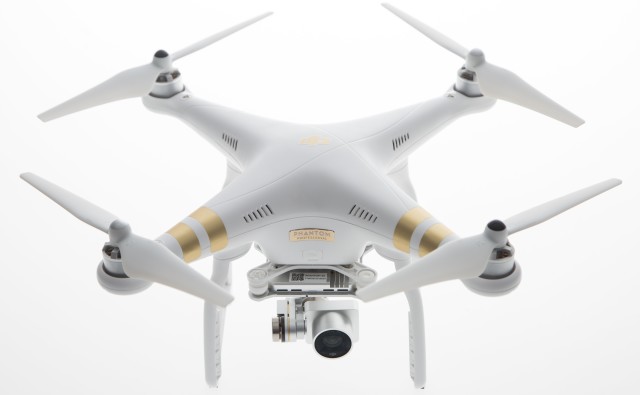 ‘Tell us about your equipment’

The drone I fly is produced by a company called DJi. The model is a Phantom 3 professional edition. This kit comes with its own camera, capable of 4K definition. The camera is mounted to a 3 axis gimble, which counteracts any movement of the drone, keeping the camera still and level at all times. The drone has its own app for android and apple devices, it connects to this prior to take off and transmits the image it sees back to my phone in full HD so I can see what im taking photos of or recording! My phone sits in a purpose cradle on the handset so I have a clear view at all times, this is called First Person Viewing or FPV for short.

The Phantom also connects to various satellites as its equipped with GPS technology, this is a great feature as for example, if I ever lost site or control of the phantom, I just hit a button on the controller and it navigates its way back and lands on the exact spot it took off from! It also enables me to plot a route on a map and it will fly its self point to point with no RC assistance!

‘What do you think about the future for quadcopters’

Unfortunately I don’t think Drones have a positive future among amateur film makers like myself. The government are constantly hinting at bringing in legislation which will undoubtedly hinder the freedom of flight.
Id imagine sooner or later a licence of some sort will be required to operate one, which im sure will incur a hefty cost, in turn this may put a lot of people off or maybe for some they simple wont be able to afford it, after all a quality drone costs a small fortune as it is, let alone more expense on top.

I hope whatever is in store, there remains some degree of leniency with them, as it’s a great hobby with a booming interest.

Bright Times Ahead for Consett Ladies 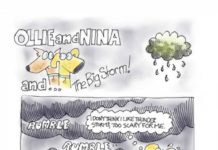 Ollie and Nina – The Big Storm 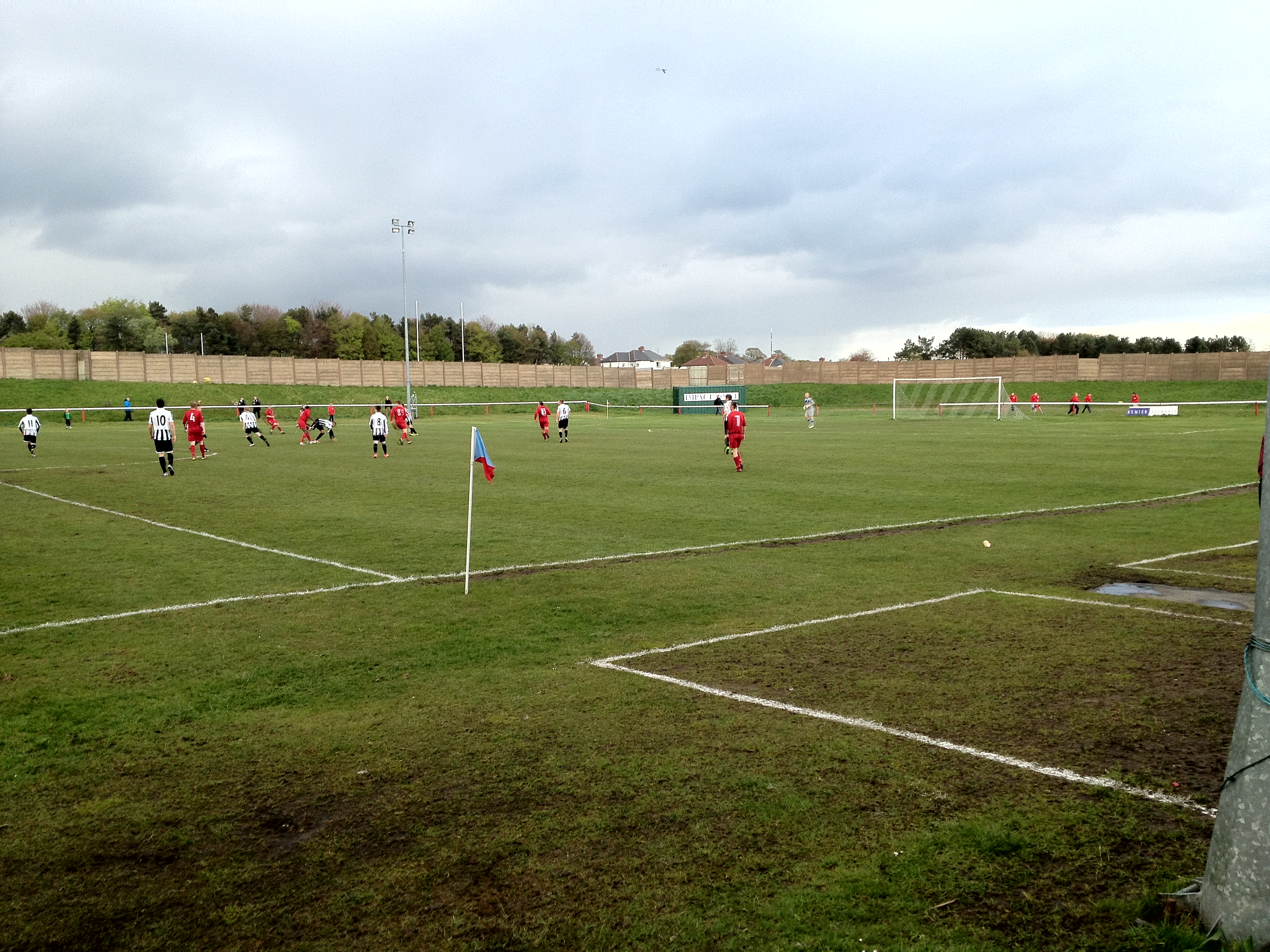 Sports Teams – We Need You!