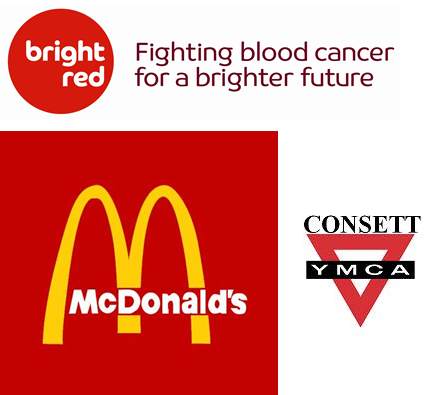 A charity football match will be played on Friday 20th November in aid of a great North-East cause, Bright Red.

The charity match is to be played at the Consett AFC ground in Consett. The kick-off time is 8:00pm. Entry for the match is £2.00.

Money raised from the charity football match will fund the Lee Robson Patient Grants, which was named in honour of Lee Robson, a 35-year-old outdoor centre manager, who died from the disease in 2013.

Bright Red are a charity supporting people with blood cancer.

The charity offers support to any adult haematological unit in the North East of England.

In 2015, the charity turned 5. In five years they have been able to invest in excess of £1,000,000 to improve patient care, purchase medical equipment and support research into the fight against blood diseases. In August 2012, the Bright Red Patient Grants were launched, the grants were renamed as the Lee Robson Patient Care Grants in 2013.

Back in January 2015, the 100th Lee Robson Patient Care Grant was issued, which is an amazing achievement for the charity.