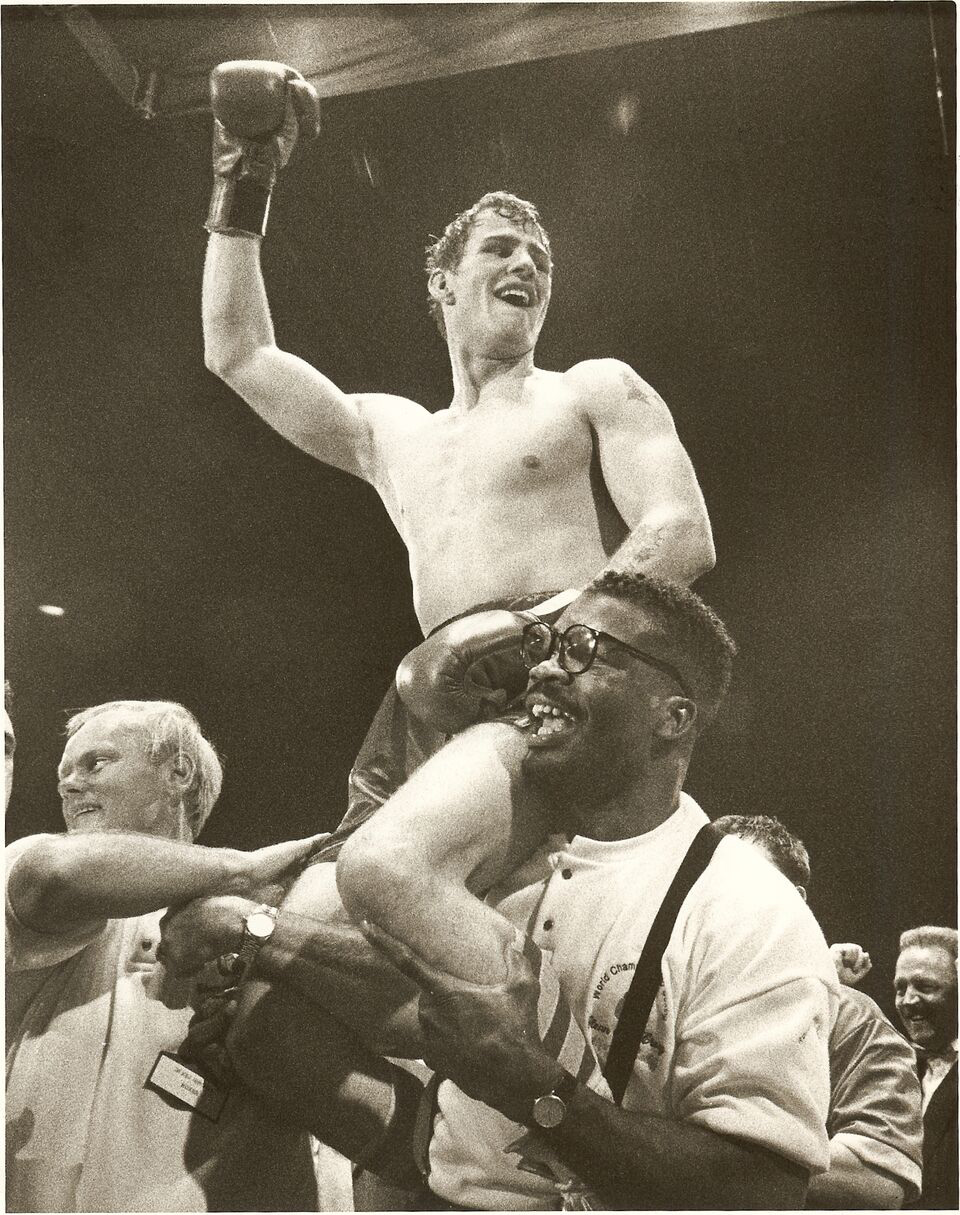 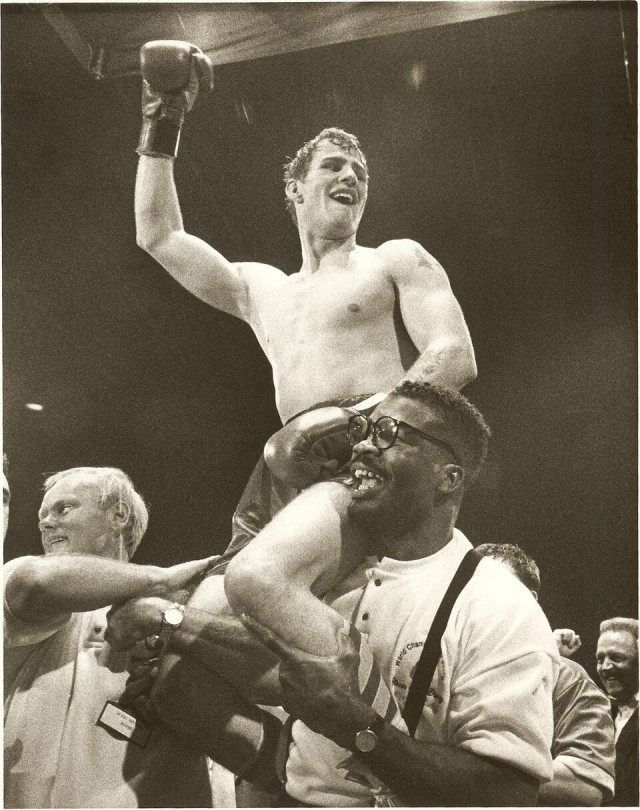 It’s a rarity for a world boxing champion to star on stage playing himself almost three decades after his momentous achievement.

Yet Glenn McCrory is to do that in May 2016 when Carrying David will be premiered at the Alun Armstrong Theatre in Stanley, a matter of yards from the Louisa Centre where Glenn was crowned IBF world cruiserweight champion in June of 1989. It’s a compelling story of brotherly love and a joint fight to beat the odds. 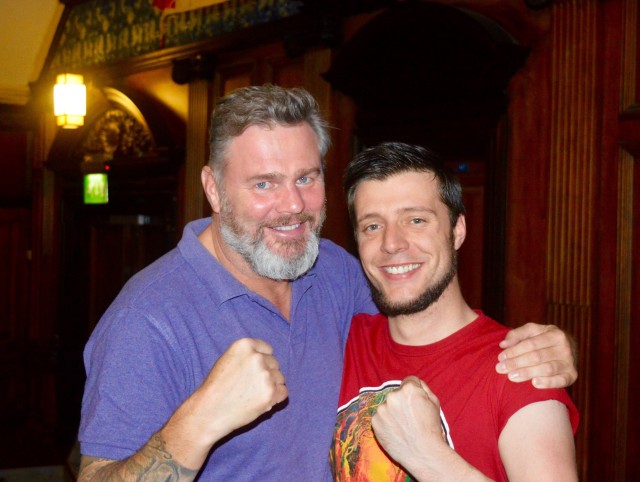 Adopted brother David wasn’t expected to live beyond 14 years old because he was suffering from a muscle wasting disease while Glenn was an amateur boxer without any apparent future.
However David fought valiantly against the odds and was 29 when he died which meant, wheelchair bound, he was ringside to see Glenn’s arm raised in triumph. 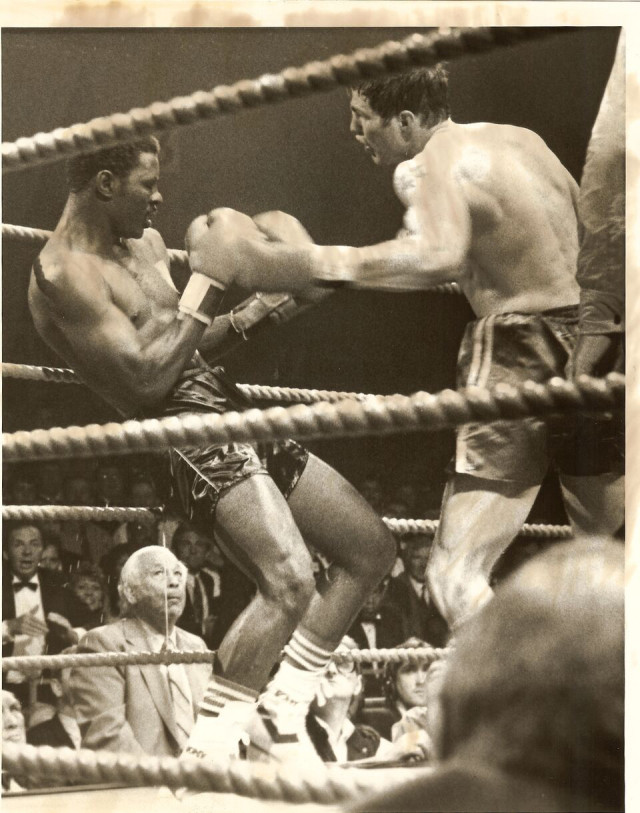 Two brothers, one aim. Achieved by both.
It’s an enduring story of mental and physical courage, and one Glenn has been determined to bring to the stage. He made his theatre debut in the autumn starring in The Birds in London’s West End and his director from that play, the award winning Adam Morley, is heading north to direct again. The script is beautifully written by well known Tyneside scribe Ed Waugh, author of 18 previous plays. 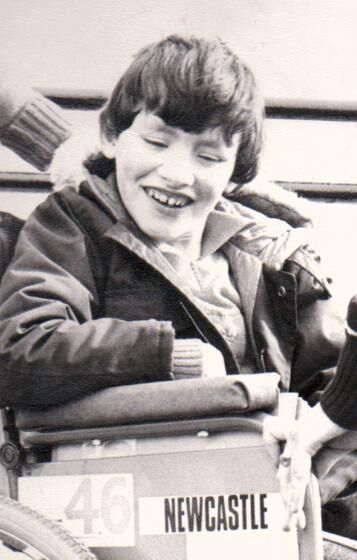 Any groups of 10 or more, such as boxing clubs, can purchase at £9 per ticket.