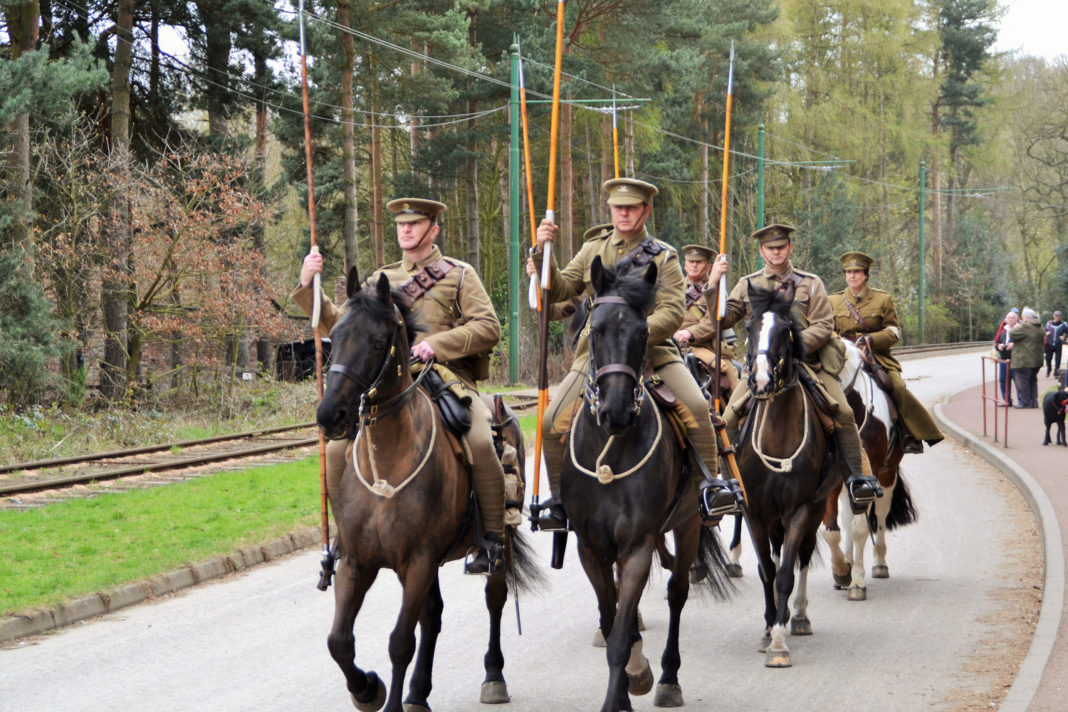 An amazing 60 horses, from the cavalry to pack ponies, will be at Beamish Museum this weekend to tell the story of First World War horses.
Horses at War, on Saturday 16th & Sunday 17th April, will include the 16th Lancers Cavalry Unit, magnificent horse-drawn vehicles, a military encampment, First Aid Nursing Yeomanry, Durham Pals and much more.

Visitors can travel on horse-drawn vehicles, such as a double deck omnibus from the London Bus Museum, and see a horse-drawn field kitchen, horse and human ambulances, Thresh disinfector, mess cart and GS (general service) wagons.
Horses and soldiers will be gathering at a depot in The 1900s Town, ready to be sent to the front line. Visitors can join up at the recruiting station and try samples from the 29th Field Kitchen.
Teams of horses will be helping the war effort on the Home Front with ploughing and other field work, and pit ponies will be hauling tubs and in harness.
On Saturday, there will be a display by The Brooke charity, which was founded by Dorothy Brooke to help ex-war horses.

One million horses and mules were sent to France in the First World War and it’s estimated that only about 60,000 returned home. Many farmers, job masters and companies had horses, wagons and carts requisitioned to join the war effort.
Chris Thompson, Beamish’s Horse Operations Team Leader, said: “Horses at War gives visitors the chance to discover the role of horses, ponies and mules in the First World War. It’s a unique opportunity to see vehicles in the settings they would have been used.”

Horses at War is the second event in the Great War Festival of Transport and is followed by Old King Coal, a celebration of the region’s mining heritage from 20th to 24th April.
The North East Meccano Society will also be holding its annual exhibition on 16th & 17th April in the museum’s collections study room, featuring construction sets dating from the early 1900s to the present day.