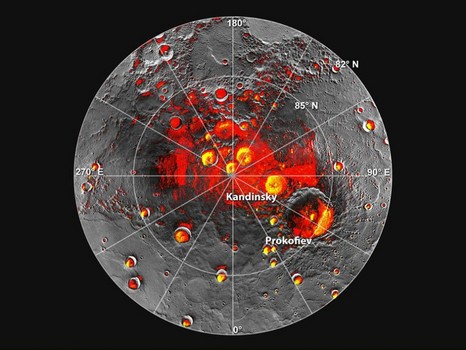 Mercury, the first rock from the sun. Common sense dictates that nothing even remotely like water could ever exist in such a dry place; Mercury has been perceived as one of the least likely places to find organic matter for many decades.

At the end of November 2012, NASA’s MESSENGER spacecraft confirmed what telescopes on Earth have been trying to find out since the 1980s; organic matter on Mercury.

While the majority of the planet experiences scorching temperatures during the day time, there are areas of the surface that are never directly exposed to the sun. This is due to the way the planet tilts in comparison to others in the Solar System. Large ice patches and other organic matter were discovered at Mercury’s north pole. 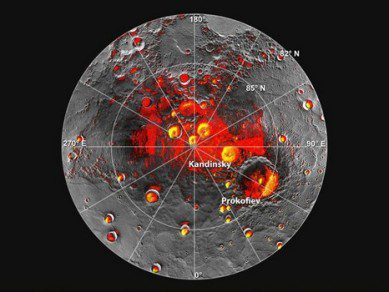 It is believed that the materials were deposited over many years by asteroids and comets bombarding the planet, leaving their contents behind. The areas of Mercury shown to contain organic material are not limited only to the north pole. On the outskirts there are large dark patches that don’t match with the colour and make up of the rest of the planet’s surface. These are thought to be made up of a tar-like substance that has been mixed together with the gradual build up of ice deposited potentially millions of years ago.

The evidence has been compiled over a year of constant research including lab experiments, deduction and computer models.

This discovery has a great deal of potential for helping scientists trace back the Earth’s origins to a more accurate degree. While it is believed that ancient organic life on Mercury is very unlikely to have occurred at any point, the discovery of potential life within our inner Solar System is certainly a phenomenal discovery nonetheless!