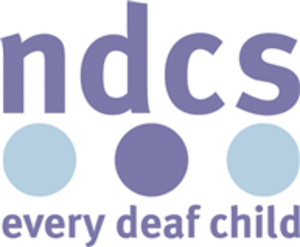 deafness in various degrees. Our hearing is something many people take for granted and living with deafness isn’t an easy task, especially for a young child. Danielle Williams has a son who suffers from profound deafness and has raised money for the charity on numerous occasions. Her big cake bake to raise money for NDCS was a big hit raising £920 in May 2013 at Leadgate Methodist’s Church and is looking to raise even more money for the important charity.

This May, Danielle is holding a charity raffle to try and top the £920 she raised last year. She is looking for any donations of raffle prizes to add to the prize pot to make people get involved raising money for the NDCS. So far the prizes include a tour of the Riverside Stadium in Middlesbrough. A great chance for any sport fans. Alongside the raffle, another cake bake will be taking place. After the popularity of the last event, this will no doubt be a big hit.

Danielle is looking for any businesses who would be interested in donating a prize for the raffle. This can be anything be it big or small which could be a tempting prize in the big raffle. If you donate, you can have your business name highlighted on the Dans Monster Cakes Facebook as a thank you for your prize submission.

It’s not only the raffle and bake sale which are raising money for charity. There are tickets available for the Newcastle Eagles Basketball match on the 21st of February where a portion of the money for the tickets will be donated to the NDCS.

There is so much going on to support the NDCS and their worthwhile cause it’s hard not to get involved. If you want to find out more about the raffle, cake bake and basketball tickets be sure to get in touch with Danielle via Facebook.