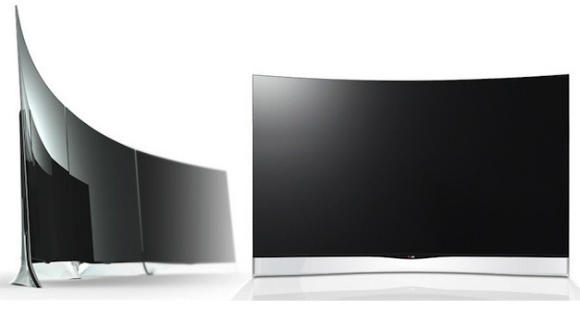 Since their unveiling by Samsung and LG at technology shows over the past year, curved screens are using a new means of emitting light in a more efficient manner. Rather 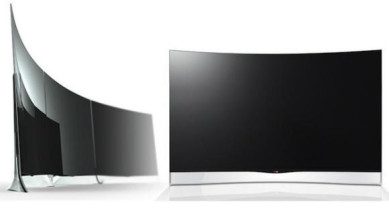 than using the normal LED system used in most flat screen TV’s require a back light to allow the LEDs to illuminate and display a picture. OLED technology uses an advanced process to create a TV which does not need a back light therefore cutting the physical size of the unit creating a smaller and slimmer product. Not only is the end product with OLED TVs smaller, it can also be used to create abstract shapes not normally associated with televisions.

The LG models will be the first large scale, curved screens OLED TVs to the public marketplace starting in their native South Korea and then expanding across the globe as time goes on. At the moment this technology isn’t accessible to the majority of the public due to the high release prices being quoted at around £9000 for the 55 inch variant of the TV. As time goes on the price of this new and exciting technology will no doubt fall allowing people all over the globe to enjoy the unique and eccentric experience of owning a curved TV. This has been described as being similar to that of an IMAX cinema which is currently increasing in number across the globe.

TV technology is always improving. Less than 10 years ago, normal tube televisions and rear projection units were commonplace even though they were massively bulky and took up a huge amount of room. Flat screen TVs are the current industry standard due to the slim shape, reduced weight and improved aesthetics. Rather than being an obtrusive and ugly object in the corner of your living room, new TVs have certain elegance about their shape and styling. This is definitely the case with these new curved screens on new televisions.

What do you think about curved screens on TVs? Will you be splashing the cash upon release or waiting for the prices to come down? Let us know in the comments section down below.