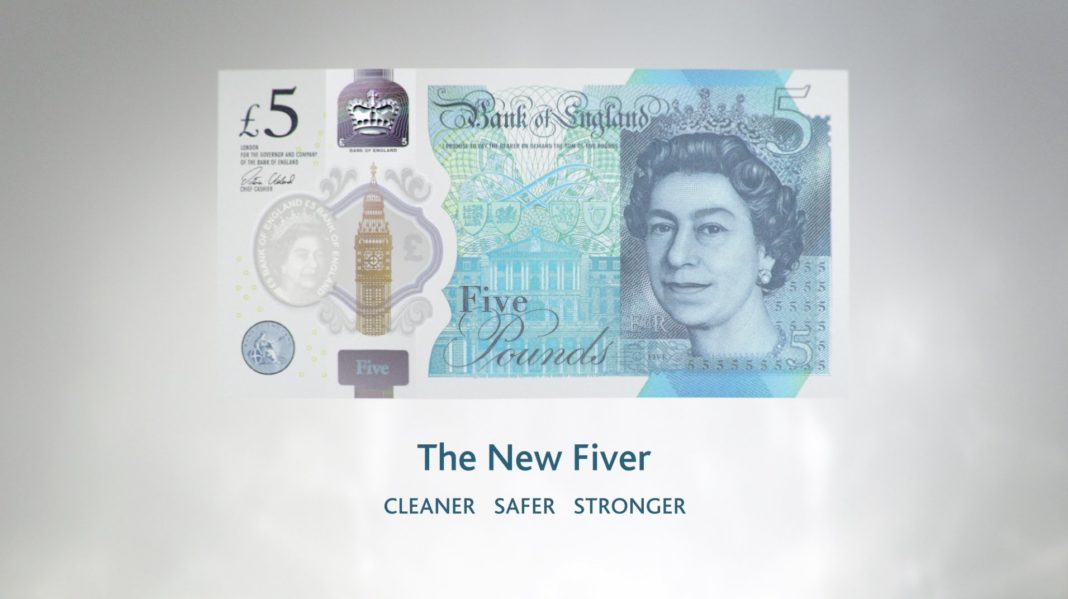 A new £5 note is to be issued by the Bank of England later this year. It will be printed on polymer for the first time, making it much cleaner, safer and far stronger than current paper notes.

The polymer is a thin and flexible plastic which is longer lasting than paper and is resistant to dirt and moisture.

The new note will also have some advanced security features which will make it much harder to counterfeit.

The New Fiver will feature Winston Churchill and is to be issued from Tuesday 13 September 2016.