A very popular Consett pet recently won a competition to appear on ITV’s Emmerdale. Cooper, a four-year-old bulldog, starred in an episode of the soap broadcast earlier this month. Cooper’s owner, Jemma Teasdale, got her pet when he was only eight-weeks-old, but Cooper had to have an eye removed due to glaucoma after he’d reached the age of two. Cooper became something of an international star after Jemma set up a Facebook page for him, entitled Super Cooper, two years ago. Jemma regularly posts on the page about her pet’s mishaps and adventures, and Cooper has acquired over 7000 followers – some from far-flung areas of the globe like Argentina, Germany, America and Australia.

Cooper got his big break when Jemma heard about a Gala Bingo competition – the prize of which was a chance for the winner’s pet to appear on Emmerdale. Jemma entered her dog and, with the votes of his legions of Facebook fans, Cooper romped home in first place. Jemma, a big fan of the soap, said, “I’m so pleased for him – he deserves something nice and a bit of a big break. I think he’s a genuinely nice dog and people can see that. He’s one of the nicest dogs you will ever meet.”

After triumphing in the competition, Jemma and Cooper were driven by limo to Leeds, where they were lodged in a luxury hotel. They were taken on a VIP tour of Emmerdale’s set and had a meet-and-greet with the cast, who enjoyed petting the bulldog. And Cooper, of course, took part in filming. But during the filming Cooper, who usually spends fourteen hours of every day asleep, had to take a break in order to snatch forty winks in the limo.

Before his appearance, Cooper had to lose three kilos – which meant breaking his addiction to toast and crisps. Jemma said, “He had a scene written especially for him – which was set in the vet’s waiting room. He had a bit of a diva strop because he doesn’t like vets and he thought he was going for real. I had to go and reassure him he wasn’t going to lose another body part. I know his body language and I could tell he was getting fed up and squirming, but he’s such a nice-natured dog he stuck with it.” 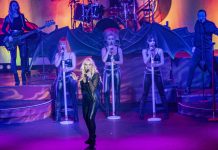 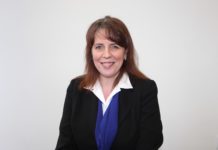 Property Tips: Why using an estate agent can make all the...