The village of Craghead, near Consett, witnessed an unlikely sight on Saturday. A Wild West town sprang up in the former mining settlement, boasting a bucking bronco, a shooting range, people dressed as cowboys and a wigwam saloon. There were also the slightly more commonplace attractions of a bouncy castle, a barbecue, a cocktail bar and a food tent.

It was all because of a street party that had been organised, with a cowboys and Indians theme, to raise money for charity. Hundreds of people went along to the Clover Hill Court Fun Day, which had been put on to celebrate the start of the summer holidays. The party raised more than £2,000 for Cancer Research.

The US-themed event was organised by Lisa Temple, who works for Northumbrian Water. Lisa had already started fundraising the day before at her workplace, organising a booze draw and cake sale for her colleagues that raised over £400. More money was then raised the next day at the Wild West party via a charge for stalls and through sales of tickets for a raffle and a tombola. Altogether the event raised £2,147 for the cancer charity, well above the total for last year, which was £1,080. Saturday’s party marked the third time that the annual event has been put on.

The event’s organisers have thanked their friends and families for their support, as well as the local businesses Charlton Fencing, Jackson’s Stone Masonry, Nails That Sparkle, Hair by Georgia and PED Decorative Gardening Services.

One party goer commented, “It’s been a wonderful day – everyone who put on fancy dress looked great. I thought the bucking bronco was terrific and, of course, it’s all about raising money for a really good cause. The organisers have done a brilliant job – they should be proud of themselves.”

Located on the main road between Stanley and Durham, not far from the village of Edmondsley, Craghead is normally better known for its colliery brass band, its windfarm, its outdoor sculpture of a miner and its many public houses than for its cowboys and Indians. 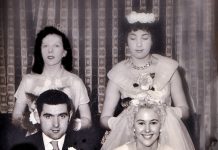 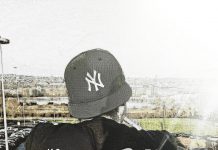