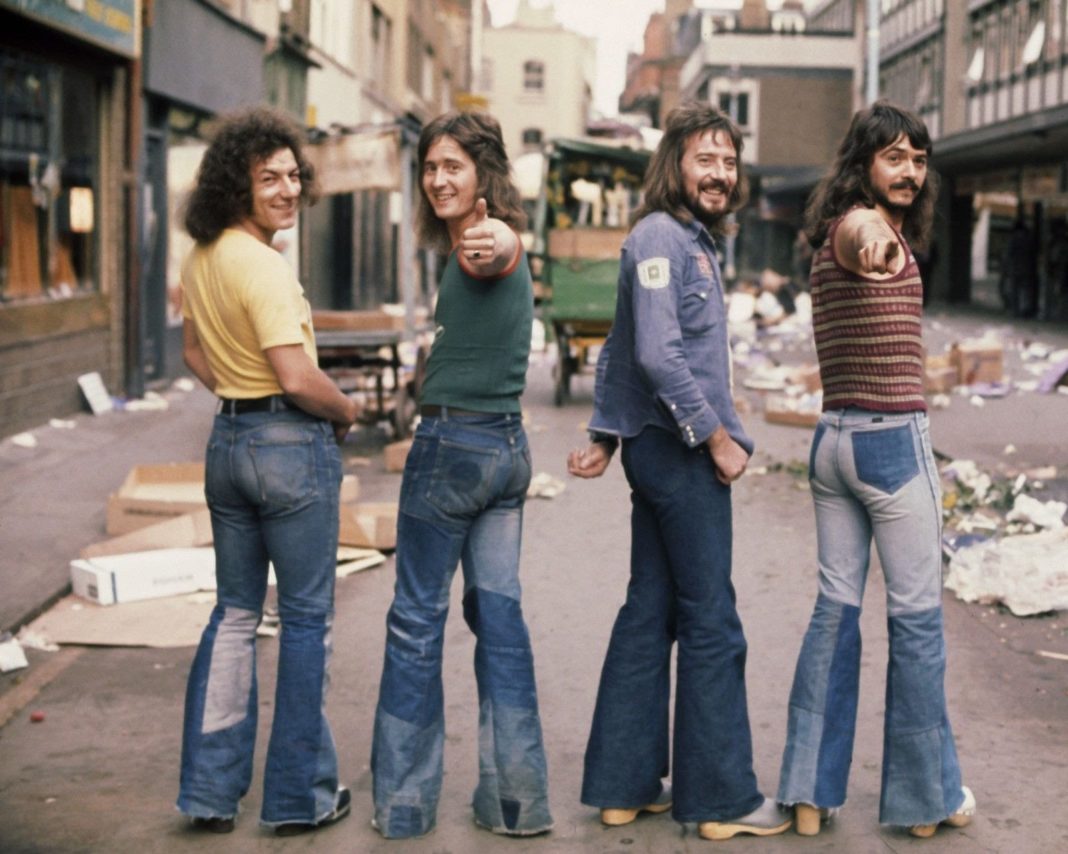 My Dad loved hearing and telling jokes, always laughing at his own the most, so it’s no wonder his favourite saint was Lawrence, the patron saint of comedians.

After being sentenced to death in the 3rd century, Lawrence apparently kept his sense of humour even when he was being grilled on coals for his faith; allegedly telling his torturer to turn him over as he was done on one side. The Church recognising his wit made him the patron saint of cooks as well!
When saints days fell on Saturdays we were encouraged to go to Mass, so I accompanied my Dad early morning to celebrate comedy.
Afterwards, collecting the bread from Forsters, we specifically requested two white loaves with burned crusts and watched as they were wrapped in white tissue paper and placed carefully in our string bag. 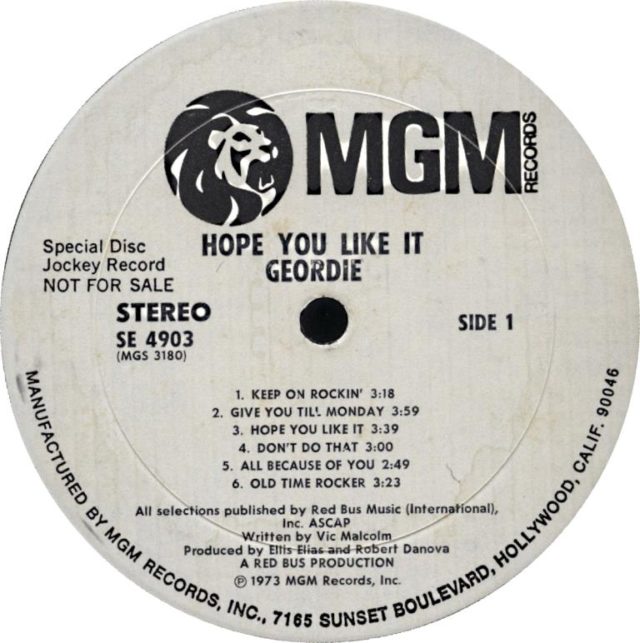 At the beginning of August I’d started a new summer job at The Clover Can Factory in Moorside. Sitting at a machine putting holes, rivets and handles on paint cans was noisy and laborious work so we did lots of things to make the time pass more quickly. I’d been watching ‘New Faces’ on TV and was enamoured by a hopeful contestant who’s act consisted of holding a toy fish to his cheek while pretending it was biting him. With my shoulders rocking with laughter as I remembered this comedy moment, I tried to relay the joke to my friends above the noise, but the supervisor spotting this, gestured at me to switch off my machine and go to the office. Here, I was told of a waiting list of people who would be happy to have my job, and if I continued to disrupt the workforce I’d be given my notice.

When the hooter signalled home time, we crawled on to the Castleside/ Consett bus with scratched, cut fingers and matching egos, happy to get home into a warm Radox bath and enjoy the soak.

However the soak didn’t last long as it was ‘going out night’ so plans had been made well in advance. 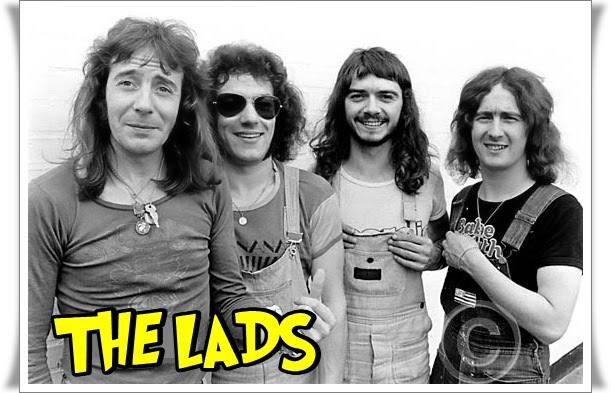 Meet in The Wheatsheaf at 6 o’clock then catch the bus down to Blackhill Comrades Club to see ‘Geordie’  The dress code was jeans and striped T shirts as we were fans of The Sensational Alex Harvey Band and knew all the words and actions to ‘Faith Healer’
As the night progressed we danced wildly, singing along to ‘Can You Do It’ , ‘All Because Of You’, ‘Keep on Rockin’ , and ‘Don’t Do That’, clapping and cheering until the band came back for an encore.

As always, and far too soon it was the end of the night, but being astute we got a double round in when they called last orders at ten to eleven – to be on the safe side. 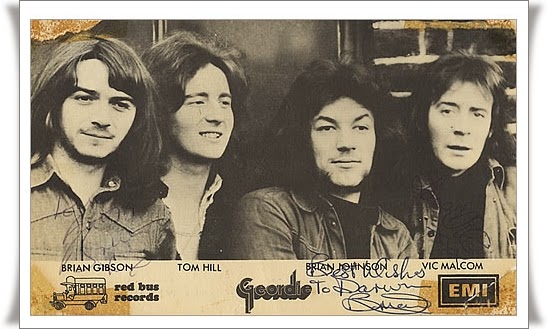 Finishing off my 5th half of LCL, I was dared by my friends to ask the lead singer for his autograph as he passed by on his way to the bar. Having nothing else with me, I stuck my leg out and asked him to sign my jeans.

He promptly obliged, and when I enquired if the pen he’d used was indelible; replacing the top, his grin wider than the brim of his cap, he replied,
“Aaa divvent knaa bonny lass but it winnet rub off!”