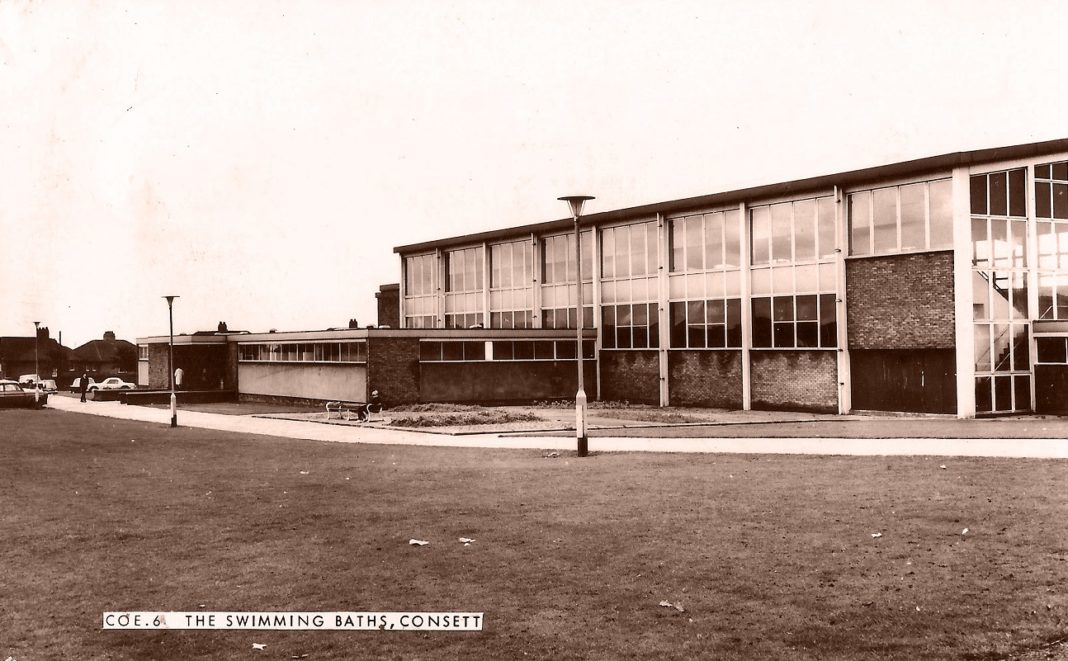 I was standing watching the demolition of parts of Consett Swimming Baths the other day with a sad and unmistakable knot in my stomach.

It was a place which held lots of memories for me as a young boy. My parents had me at the Baths from the age of 6 months and at times it was like a second home. The smell of the antiseptic as you walked through the foot pools from the dressing rooms to the pool. The weird way that sound bounced around hitting you like a wall as you entered leaving the sound of laughter and fun ringing in your ears.

The baths were opened in the early 1960’s and saw some major events. It was also home to Olympic champions and hopefuls and could boast a formidable swimming team across the decades. The later baths with its slides and spring boards was not the Baths I remember with affection, but the one with merely the high diving board and floats at fun time. We used to love to dive and somersault from all the heights, almost like a trial of passage. I was truly in my element. 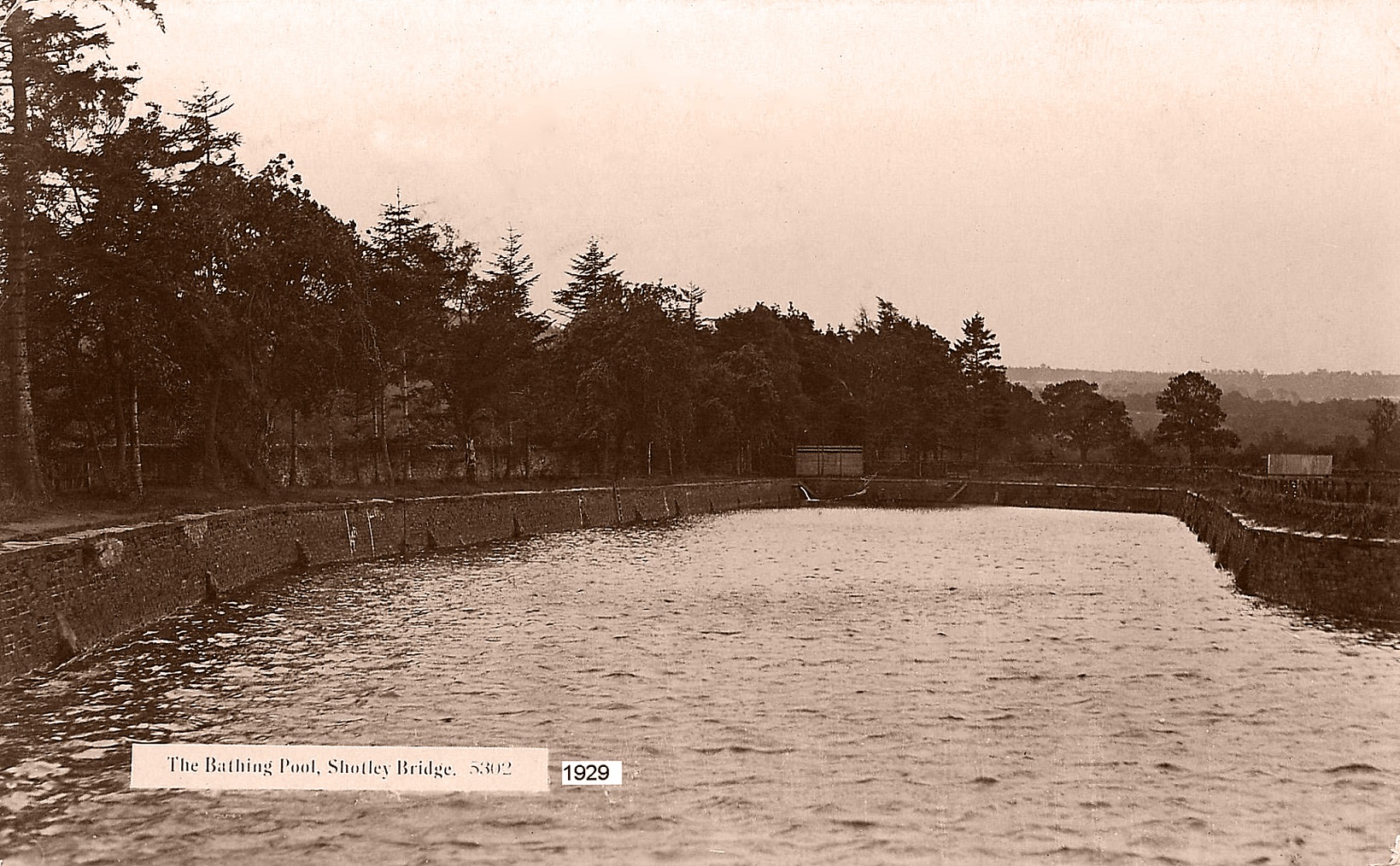 I am sure many other people of the area will be the same as myself and will always look back with fondness. However, this was not the area’s first baths. During the 1800’s and into the early 1900’s the main place to learn to swim was the river. Allensford and Shotley Bridge had always had a major pull for families of the area and further afield. Both area’s catered to the public, although Shotley Bridge boasted the Spa which was well renowned and brought in lots of tourism to the area from the early 1800’s right up to the WW2.

In around 1920 the Benfieldside Urban District Council decided that as the industry on the river had all but ceased it was time to do something a bit different and help boost the area. They set about building a magnificent pool. The pool was 147 yards long by 35 yards wide and had formerly been used as a water storage area for the defunct Paper Mill. Set in the beautiful surroundings of the Derwent the pool was 5ft 6in at the deep end and gradually lessening to 3ft 3in at the shallows. At the time it was opened it was the biggest open air swimming pool across the whole North of England

Major swimmers from across the country came to compete and enjoy this fantastic facility. On the day of its opening over 1200 people paid admission into the facilities of which 400 actually took to the pool. A gala event was held shortly after on 13th August which saw activities such as water polo, diving, life saving and swimming contests. The pool thrived until the outbreak of the war and unfortunately like lots of things at that time fell into disrepair. I am sure there will have been people who would have remembered that pool with the same fondness I will always remember the Baths. A common bond across the ages and a strong tradition of the area.

I have not had the chance yet to try out the new swimming pool attached to the new Consett Academy. I hope it manages to give people the same fond memories its predecessors have and keep the area’s strong tradition of swimming and fun well and truly alive.

I must say thank you to the “Well Wisher” who sent me a small early paper cutting of the opening of the Swimming Pool at Shotley Bridge.